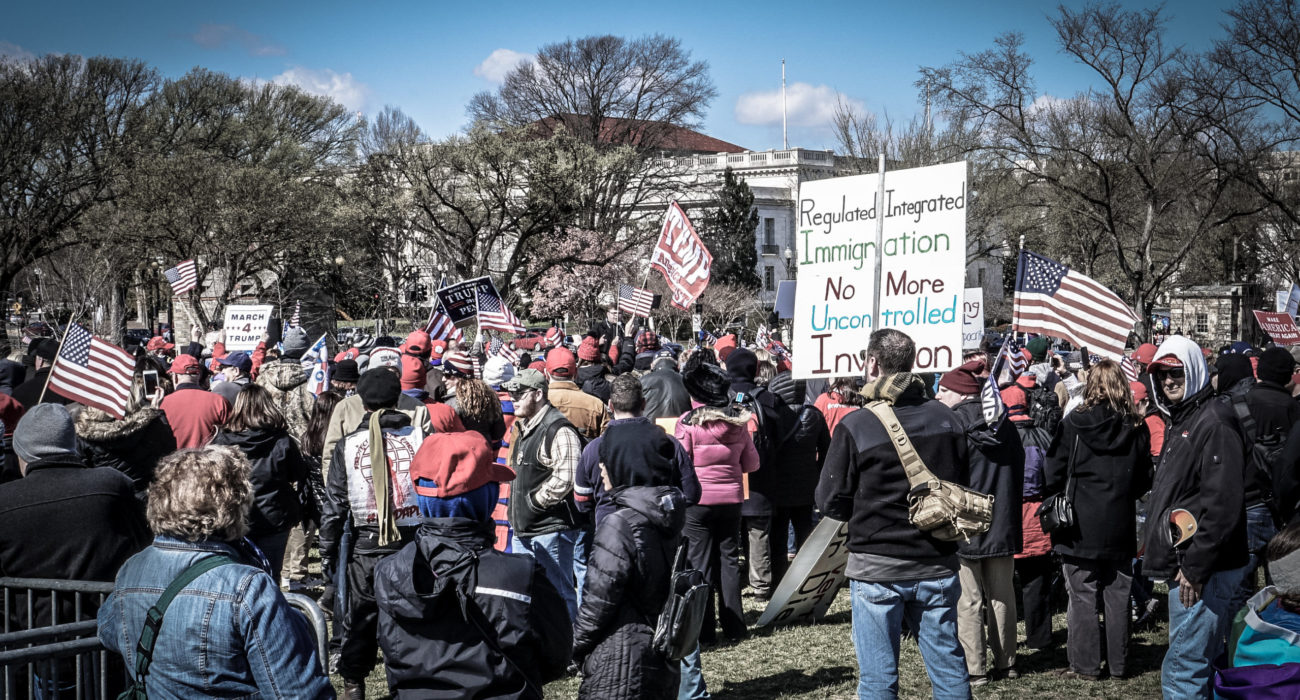 The road to Capitol hill was paved with bad intentions. Malicious people, confederate flags and violence never symbolise anything else. But, to say that the coup d’etat on Capitol Hill was the doing of an ultra-Trump faction of the political right alone is incorrect. It was the expectable outcome after years of deceit.

As we watched the events unroll with jaws trying to find the ground and eyes widened, the willing foot soldiers of an evil ideology cowered behind keyboards to decry what they were seeing. ‘It must stop now,’ Mike pence scrawled out. ‘The United States and the Senate will not be intimidated,’ stated a brazen Mitch McConnell with gleeful-eyed ignorance.

What the enthusiasm of Republican senators to condemn the violence showed is that the bad actors of American politics will let fascists get away with anything. So many Republican politicians, pollsters and commentators have remained silent over the racism and unfounded allegations of voter fraud by the President but have jumped at the opportunity to denounce the violent mob. To me, it seems that these are the tactics the Trump Republican party has reduced itself to: using the acts of irrational violence to hold up unsubstantiated claims in a desperate grab for power.

Yet what we learn from these events deepens. The events of January 6th made abundantly clear the existence of a seedy, lurking, underbelly of the United States that has a liking to misinformation and a fetish for chaos. For those with a penchant for pandemonium, Donald Trump has been their man. To them, he has all the legitimacy in the world: money and fame. When he decried the election results before, during and after their commencement, he incited anger and called his disciples to arms.

But Trump was not the only one to profit off of the degenerates. Every Republican senator and Congressman who egged him on, who veered just far away enough from saying the election was fraudulent but just close enough to raise doubts in these people’s mind has the blood of American democracy on their hands. After all, they knew the target audience. The ability for them to use the keyboard warriors who could find whatever piece of unsubstantiated evidence they needed in order to stay for 4 more years, shows where America is at the moment.

The attack on Capitol Hill was four years in the making. The consistent backing of poor policy after poor policy, of excusing sympathy for the far-right, of backing claims of election fraud by Republican representatives like Ted Cruz and Mike Pence all fanned the flames of uproar. In some ways, those who defended all of this are as responsible as Trump himself.

The political decisions which laid the groundwork for the attack highlight just where the Republican Party has sunk to; seeking popularity by appealing to the lowest common denominator. They point fingers at BLM and social justice movements, claiming their moral inadequacy when they are willing to let terrorists roll into public buildings only for them to file out with their heads held high and self-aggrandisement held even higher. A party that has tried to stake a claim to the idea they functioned on law and order played the violin as the ship sank, already knowing that the Q-Anon forum followers had tainted the waters of American democracy and they had risen to power because of it.

There are those in our generation who at one point in time looked at the change in America to be positive. Those whose first memory of American politics was of the noble-optimism of electing its first African-American president. However, the reality is that there are those high in American office who will use the morally inept for their own narcissistic aims. Those who will turn a blind eye to the actions of their voters and then feign innocent blushes once their bluff is called and the carnage breaks out.

But, this is not the epicentre or the end at all. This is the beginning of the MAGA movement or the disinformation movement or the new Republican movement. This is the moment when thousands of individuals storm a place of political sanctity and only 52 are arrested. You only need common sense to know that if their skin colour had changed the outcome would have been far more heavy-handed, far bloodier and done with far more force. But, for every person that was allowed to walk out of the Capitol building on that day, another behind the scenes was absolved of all responsibility. Another lurked behind the shadows, decrying but profiting. American democracy is weaker because of it.