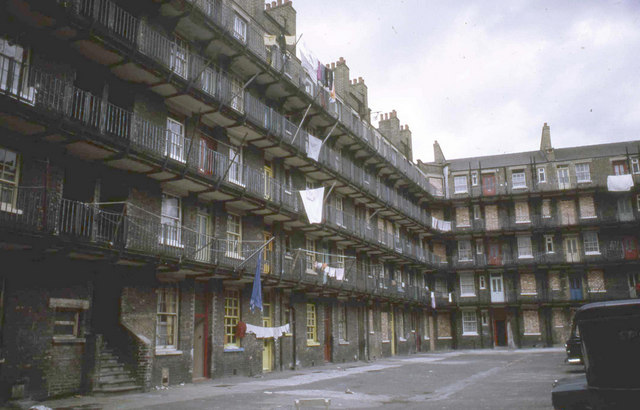 Gentrification and predatory lesbians? Not much of a Twist if you ask me.

As a kid growing up in East London, Oliver Twist was one of my favourite stories; from the film musical, to a kid’s picture book I read and re-read, to performing in school productions as cockney rascals, I was obsessed. And so, I was excited at the prospect of a modern adaptation that promised comedy and grit, and boasted the stars of Michael Caine and Lena Headey.

However, what I found myself watching was instead a cartoonish and confusing heist film that neglected all the heart and politics of Dickens’ original story and turned Bill Sykes into an egregious predatory lesbian stereotype. With exaggerated and forced use of East-London accents and slang, and a lush warehouse crime den which, aesthetically, was not dissimilar to an Ikea advert. The film portrayed a Disneyfied East London that appeared free from any real effects of poverty, despite the themes of its source text.

The film ages up and reinvents Oliver as a homeless graffiti artist and parkour expert, played by Jude Law’s son, Rafferty Law. The story begins with the cherub-faced (pre-orphan) boy we expect, as he visits art galleries with his mum. But then, whiplashing the audience, in the next scene Oliver is suddenly a fully grown adult who we find sleeping rough in the very same gallery. His mother’s death, though hinted as being a suicide, is entirely skipped over as we time jump into Twist’s young adulthood.

Despite the supposed trauma and poverty of his upbringing; Twist appears in garments that your local gentrified hipster might wear. Clean-cut and healthy as though Twist himself had experienced all the privilege and pleasures that his portrayer, Rafferty, had been afforded. In this skipping of Oliver’s childhood and the Vaseline lens with which we see his poverty all the heartbreak, loneliness, and desperation Dickens infused into his novel is stripped from the story.

This leads to Oliver’s discovery of Fagin (Michael Caine) and the friendship and family he supposedly finds with the Artful Dodger (Rita Ora) to have no meaning to the audience. The betrayal of this friendship has no emotional payoff either, not that there is much family or friendship to be seen in the first place.

Rita Ora’s Dodger is particularly stiff considering the iconic role, with the usually charismatic heart of Oliver’s world, donned in outfits so fashionable and colourful you would be forgiven for mistaking her for an art student who moved to London from Surrey rather than the thieving outlaw she is supposed to be. There is no considering ‘yaself’ one of us to be had in this film, as Oliver and Dodger’s relationship is entirely neglected in favour of the weird love triangle created between Sykes, Red (Nancy), and Twist.

A love triangle that, coupled with the gender-swap casting of Lena Headey as Bill, made me feel as if I was watching a film made 20 years ago. Nancy as Red is recreated, not as a victim of patriarchy and domestic violence, but as a victim of a predatory lesbian who appears to be abusing her and forcing her into a relationship without her consent, only to be rescued by brave little straight boy Twist. Though Headey gives possibly one of the best performances of the film (alongside Michael Caine), smouldering her way through a shag cut and eyeliner, the regressive and homophobic implications of this gender swap left a truly sour aftertaste.

Michael Cane as heist-master Fagin, a role I believe he was born to play, is one of the only joys of the film. I laughed out loud at his silly stick-on moustache and when, having shot Sykes, he declared “what a fine thing capital punishment is”. And I did find some fun in pointing out every street corner of Tower Hamlets that I recognised.

Despite this, the heist was actually too confusing to follow, the script was poor, and the cinematography did nothing but show a sun soaked, gentrified version of London; opting to splice a bird’s eye view of London that could’ve been found on Google Maps in between each scene just in case the audience needed to be reminded of the setting, much like after the ad breaks on a sitcom. I would recommend that if you want to watch a film that features a child finding love, family and hope amongst a heist plot in the heart of London, you watch Paddington.

Twist was released on Sky Cinema on the 29th of January.