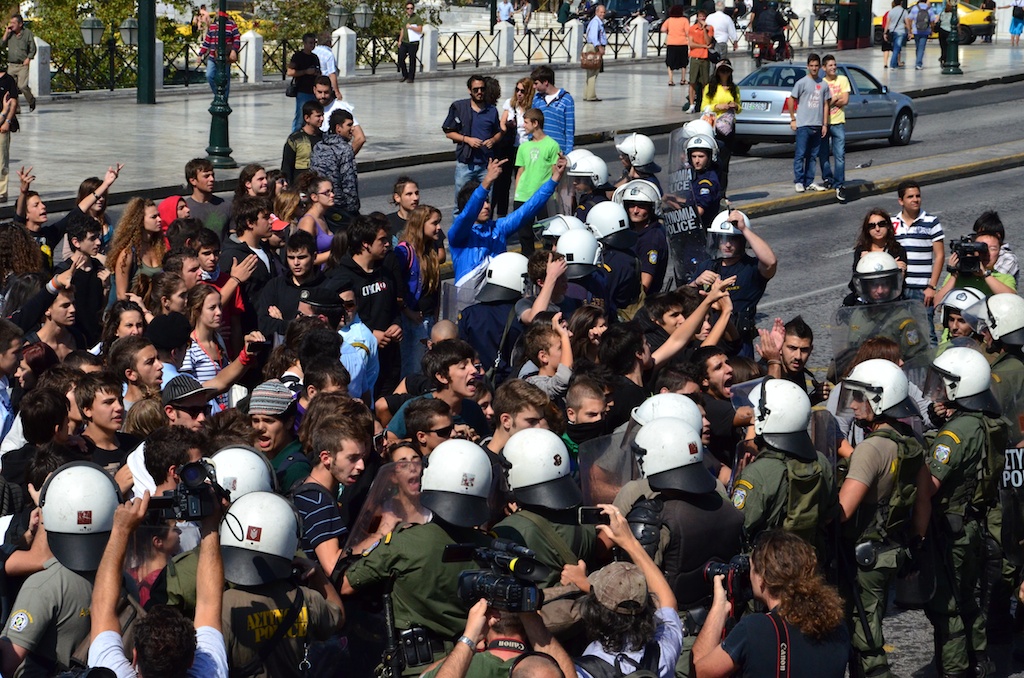 Greek private-sector workers are striking for the second time in two weeks against proposed labour reforms.

Greece’s largest labour unions have led both of the most recent 24-hour strikes, accusing the government of trying to control or weaken them. A position which is understandable for several reasons. The proposed reforms include a measure to allow workers to vote via an online platform, instead of casting paper ballots in person, which would make it more difficult to call strikes and create a registry for unions.

Don’t get me wrong, I’m all for saving the planet and reducing paper consumption, but surely you don’t need Apollo to explain why the workers could possibly be against these propositions. Nothing says revolution for worker’s rights like having to have your revolution approved and monitored by the very government that is oppressing you.

One proposed piece of legislation is collective work agreements. These contracts contain a clause forcing unions to justify going into arbitration (agreeing to accept a decision from a third party) in the case that collective wage bargaining talks reach an impasse. This seems to me to be the equivalent of a parent, tired and harassed by their child’s constant quarreling with their sibling, ending the squabbling with the infamous mum-ism “I don’t care who started it, I’m going to finish it.” A phrase I know from experience to have inspired fear in both myself and my siblings when we were younger, but which ultimately failed as a deterrent from future fights, usually later that day. (Sorry mum).

Τhe last conservative administration, in power from 2012 to 2014, effectively eliminated Greece’s public sector’s right to strike by ordering transport workers and teachers to work on pain of imprisonment, and cited a law that gave the government special powers to protect the public interest. This law matures the workers from squabbling toddlers to that ‘difficult teenage phase’; the government as the strict parent at their wit’s end, sending said teenager to their room for lack of any more effective punishment. It does seem like a bit of a ‘reductio ad absurdum’ to suggest that depriving workers of their rights would somehow renew their faith in the public sector, but parents always act out of love, and they definitely always know best. Isn’t that right Hera?

Rather damningly, critics have predicted that the reforms will not reduce unemployment in the country, or bring about the 4% economic growth that the government promised.

The government policy thus becomes similar to the largely false and unhealthy advertising emblazoned on slimfast shakes, but instead of losing pounds from their waists, Greek private-sector workers will be losing them from their bank accounts. (Well, they’ll be losing euros, but you get the analogy). Although thinking about it, maybe the result will ultimately be the same.

Although the conservative government’s disdainful treatment of the lower classes is enough to support the strikers’ cause, we should be cautious to be optimistic. The state of the economic crisis in Greece, currently the gravest in Europe, would no doubt have Plutus tearing his hair out.

Salary cuts averaged 15% during the economic crisis and the official minimum wage was 586 euros a month before tax. While the decrease in wages ought to have made the economy more competitive, a lot of companies didn’t reduce the price of products as they should have. This meant that Greece’s risk of poverty doubled to 35% of the population, and  rate of unemployment rose to 27% of the population. Much less rock-n-roll than the infamous ‘27 club’, but potentially just as ominous for young private-sector workers.

In his ‘Ode on a Grecian urn’, Keats asks ‘Who are these coming to the sacrifice?’, in reference to the sacrifice of a cow on a green altar. Applying this timeless ode to the growing rates of poverty and unemployment among Grecian workers, one cannot help but see a resemblance between the victims of class prejudice in this scenario, and the fate of the cow at the hands of Keats’s ‘mysterious priest’.

To put the Grecian strikes into perspective – for example alongside the ongoing farmers’ strikes in India, currently the biggest strike in the history of the world – maybe Mitsotaki’s government should be thankful that the Greek labour unions are approaching the strikes almost intermittently, for 24-hour periods at a time. This speaks volumes of the dire situation of Greek workers who, before the government’s proposed labour reforms have even been passed, are wary about their ability to effectively strike without collapsing into poverty, from which rescue is a distant and unlikely prospect.

One can only hope that the striking labourers are testing the waters in preparation for more drastic strike action. Especially since previously similar rallies have had low turnouts, accredited to the social fatigue brought on by years of financial crisis, that led to three international bailouts in exchange for pension and wage cuts, tax hikes, and unpopular labour reforms.

Not that you can blame the workers for their weariness. In a capitalist world, I’m tired of not getting my money’s worth out of higher education, and I’m willingly (sort of) still paying for that. No wonder Grecians were angry and worn-down at the prospect of being punished for how someone else had unwisely spent their money. Where’s the Midas touch when you need it?

As much as I hate to say it, after the four-and-a-half years of dizzying oscillatory rule from left-wing Prime Minister Alexis Tsipras, former banker Kyriakos Mitsotakis’s initial rise to the position of Prime Minister in 2019 did look promising at first. His effort to lessen the distance between himself and the public by removing the ‘police vans and barriers’ from the road approaching his office, to show that he didn’t fear protests, was a symbolic decision by the first post-bailout government. Although I guess any step away from potential protests would raise the hopes of even the most cynical pessimist.

Unfortunately, the current strikes are a perfect example of how the new conservative government’s promises of relief from austerity-driven depression, bailouts, and extremist splinter groups, didn’t work out exactly as they’d planned. I mean, call me ‘Cassandra’ but from a socialist point of view, and if Britain’s current economy is anything to go by, it’s incomprehensible to me why anyone would even believe in the possibility of leaving behind austerity under a centre-right government.

One need only look at Britain’s rising unemployment rates, and depressingly grey commercial high streets, littered with unhealthy fast food chains, businesses that never got off the ground and an ever-growing line outside the job office, to see the effects of a Tory government.

Journalist Pantelis Kapsis suggests Mitsotakis’s new political approach makes it seem “almost as if he wants to run Greece as a business project”. If Trump’s presidency hadn’t been evidence enough, this is surely proof that nations need to stop trusting former business-types with running the country. Poor Mistotakis, did no one tell him that  “60% of new businesses fail in the first three years”?.

While Greek’s financial crisis may be the Gordian knot, ‘Alexander the Great’, Mitsotakis is not. 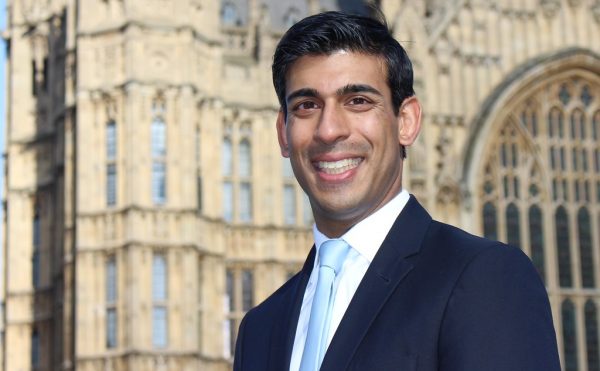