By Jamie Greer and W.G. Jones

How did Chelsea get to where they are and where do they go from here? Sports contributors Jamie Greer and William Jones take us through it
Sport
Stamford Bridge Stadium 2013. Source: Ank kumar @Wikimedia

Chelsea have encountered so many problems this season as a result of their confused transfer strategy last summer. The Blues had a good season in 2019-20, considering their transfer ban and Frank Lampard’s inexperience in the top flight: a ticket to the Champions League and a narrow defeat in the FA Cup final to Arsenal.

The football on display last season was certainly entertaining. They scored 69 goals (only Manchester City and Liverpool scored more), but also conceded 54 (the worst in the top half of the table). It seemed obvious that defensive-minded players and a new goalkeeper to replace the struggling Kepa Arrizabalaga would be the priority.

However, this was not the case. Chelsea’s headline additions were three attacking players.

Timo Werner from RB Leipzig and Kai Havertz from Bayer Leverkusen were two of the hottest prospects in the Bundesliga. Werner netted 34 times last season as a striker/left winger, whereas Havertz racked up 18 goals and nine assists from a deeper false nine/no 10 role. Hakim Ziyech, an attacking midfielder from Dutch champions Ajax, was also added.

These were undoubtedly impressive transfers in isolation. But buying three attackers for a combined £150m felt rather unnecessary. First, scoring goals was not an issue for Chelsea last season. Secondly, Chelsea already had a plethora of good forwards as seen below.

Chelsea’s attacking options 2019-20 in all competitions (ranked by no. of appearances)

Their splurge could be understood if many of these players were sold to other clubs. But it was only Willian who left, while the rest stayed. Apart from him and Giroud, they are all young too, and with their best years ahead of them.

These transfers meant other areas of the squad were not improved. A defensive midfielder was not pursued, despite vocal fan disapproval over Jorginho and N’Golo Kanté struggling to hit his best form. Signing coveted centre-back Thiago Silva for free from PSG was a coup, but at 36 years of age, he was hardly a long-term remedy for their defensive troubles.

Furthermore, they had to be forced to bring a new goalkeeper (Edouard Mendy) after Kepa’s disastrous start to the season. Ben Chillwell, a talented left back bought from Leicester, was undoubtedly a smart acquisition.

Their start of the season was, quite predictably, somewhat disjointed. Lampard deployed a variety of formations to try to integrate all these attacking talents with mixed results.

The Blues did incredibly well against teams in the bottom half of the table. Such a form saw them go top of the league in early December after a 3-1 win against Leeds.

Against the top half, though, it was a different story. Three defeats, two draws and zero wins against the traditional ‘big six’ by January was disappointing to say the least. This was compounded by losses to Everton and Leicester, two of their rivals for the top four.

Werner and Havertz in particular struggled for form. At time of writing, they have scored just six times between them in the league. It seemed as though wealthy owner Roman Abramovich had signed these players just because he could, with little thought about how they would fit into a well-oiled team.

Lampard deserves criticism for his failure to get the best out of two undoubtedly good players. They were played in numerous positions but to little satisfaction.

However, finding a way to fit all this ability into a starting XI was no easy task. Sometimes having too much choice is more of a headache than a smaller selection where strengths and weaknesses can be identified more easily. 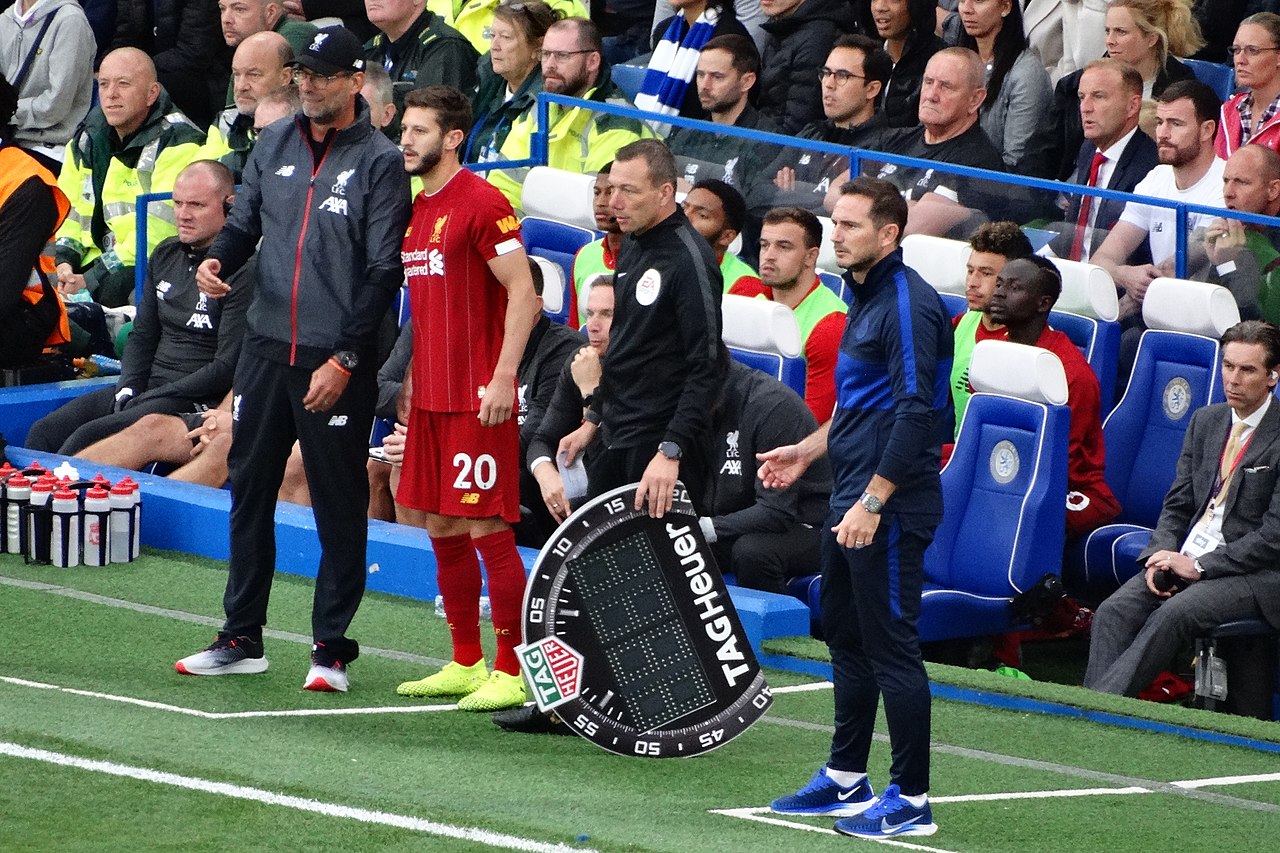 Kepa’s disastrous start to the season, the rushed transfer of Mendy and awful defensive displays versus West Brom and Southampton created a sense of haphazard dealings off the pitch and great instability on it.

After the 2-0 loss to Leicester on 19th January, where the Blues were completely out fought and out played, Lampard apparently shook every player’s hand in the dressing room.

The writing was on the wall.

On the 25th of January 2021, with Chelsea sitting a disappointing ninth in the table, the Chelsea board came to an abrupt decision and Lampard was unceremoniously removed from the role of manager. He was replaced by highly touted former PSG manager, the German Tomas Tuchel.

As far as the circumstance of Lampard’s removal, it is always an awkward moment when a club fires a fan favourite, especially a former player as loyal as Lampard.

These decisions were surely not taken lightly. However much of the rumblings of discontent surrounding the sacking are down to Lampard himself or the Chelsea board is still up in the air, and with the way internal disputes typically go in football we may not know for a while.

Tuchel’s tenure at Chelsea so far has been based on two principles: an organised defence and heavy rotation.

He has made the Blues into a rock-solid defensive force. Under Lampard, they had leaked 17 in 19 league games.Tuchel’s 3-4-1-2 formation, however, has seen Chelsea concede just two league goals in his first nine games. There have been clean sheets too in the Champions League and the FA Cup.

Most crucially, there have been zero defeats at the time of writing. Furthermore, their best defender in Thiago Silva has been out injured for much of this run.

A midfield of two center midfielders and two wing backs shield the back three, while the defenders themselves – namely César Azpilicueta and Andreas Christensen – have been superb. Collectively, the team deploys a high press which often stop opposition attacks developing. Their expected goals against (xGA) has never been higher than 0.65.

Tuchel has also perfected the art of rotation, which his predecessor struggled with. He has made 54 changes to the starting XI so far, not far off Lampard’s total of 59. But the man management is completely different.

Lampard frequently criticised individual players and was rumoured to not speak to those left out the team for weeks on end. Tuchel, meanwhile, has fostered a collective spirit, refrains from attacking individuals and seems to be much more communicative to his squad. As Azpilicueta noted recently, “It’s a collective mindset…In every training session, even if you don’t play, everybody trains very hard. That is why when the changes come everybody is ready for it.”

Of course, mass rotation is hard to sustain in the long term. Eventually, those who are dropped despite good performances and those who rarely play at all will become equally frustrated. It remains to be seen whether out of favour youngsters such as Abraham and Billy Gilmour could follow in the footsteps of countless players who have left the Bridge to flourish at top clubs – Salah, De Bruyne and Lukaku, just to name a few.

Tuchel’s defensive approach has meant that the attack has looked blunted at times too. Victories so far have been narrow affairs, with several 1-0 wins. Werner and Havertz have still not found much joy in front of goal either. Despite this, the pair’s overall performances in games have improved dramatically.

In the here and now, Chelsea under Tuchel look very impressive. The adage of building from the back has been proven under this set up. The race for the top 4 is highly competitive this season, but Chelsea look well placed at the moment to finish strongly.

Looking to the end of the season

As of March 8th, Chelsea sit 4th in the table. Prospects for Champions League Qualification next season look promising, though the blues still face difficult challenges away at Manchester City and at home against Arsenal before the table is finalised. With this squad, top 4 should be an expectation. 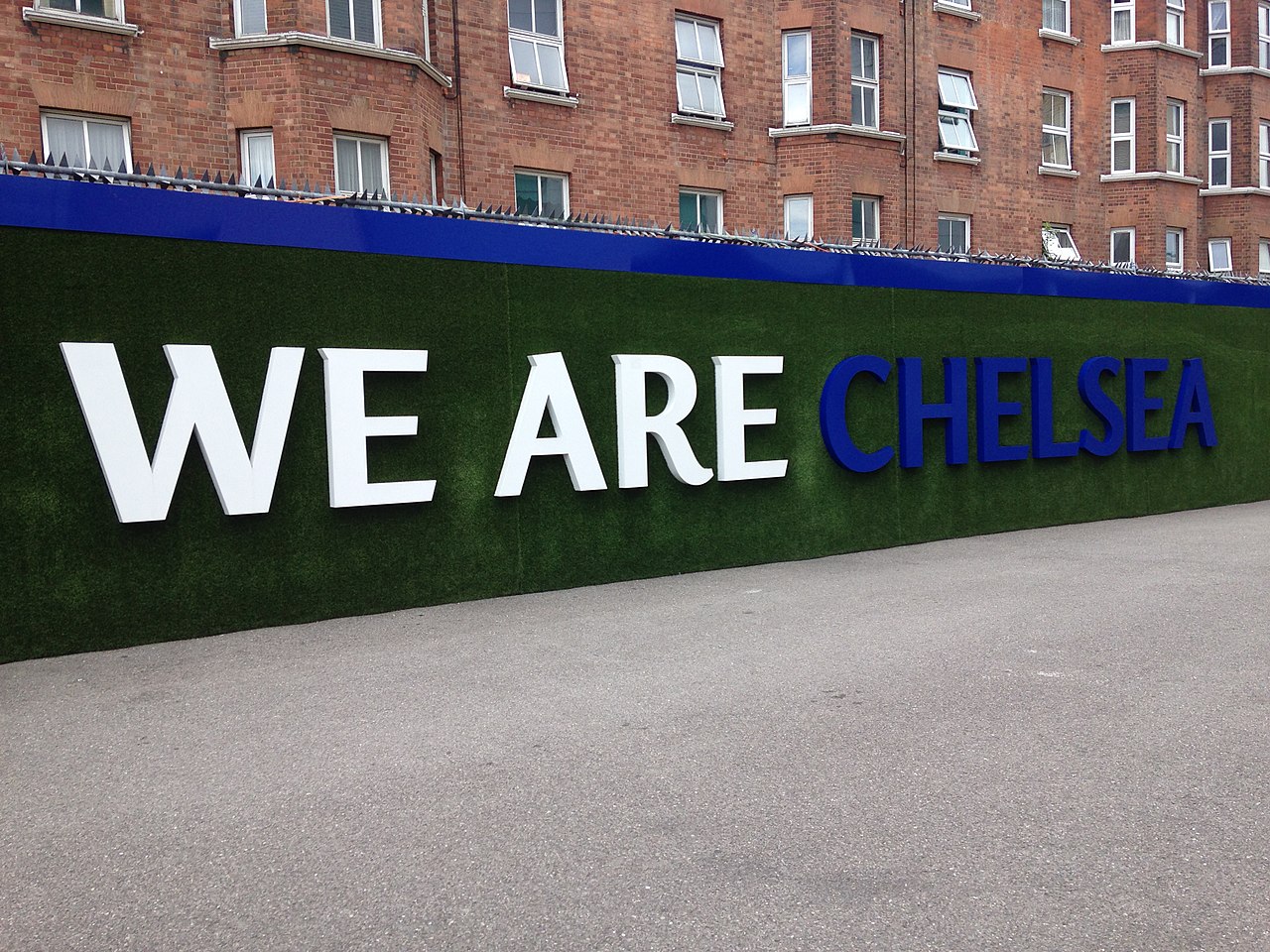 Setting sights shorter-term, a surprising victory against continental rivals Atlético Madrid 1-0 in the Champions League Quarter Final for a manager less than two months on the job is surely a sign of good things to come. Any sort of result in the brutal knockout format of the Champion’s league, especially in a season as tumultuous as this, would be outstanding.

Chelsea’s spending spree last summer presents a difficult conundrum for transfer prospects looking forward to next season. Do they go big and sign more big name players like Werner and Havertz that disappointed many so much this season? Or do they play it safe, prioritising youth prospects similar to the transfer-ban season of 2018-19.

Unfortunately, there is no straightforward answer to this. These issues are compounded by the economic crisis felt both in football, with the lack of match day revenue, and worldwide, with owners surely feeling the pressure to downsize operations.

Chelsea are a top worldwide club, and top clubs demand big signings to keep excitement on the high. They can’t exactly not play the game, but surely looking at the cohesion issues at the start of the season and the midseason appointment of a star manager some sort of rebuild is in order.

It’s easy to point to problem positions and recommend signings, but it’s incredibly difficult to determine underlying factors that may impact the viability or effectiveness of any such move.

Chelsea should instead look to capitalise on cut market COVID signings and try and regain some of the positive and pragmatic transfer policy of Chelsea past with a keen emphasis on youth and potential over pricier players in their prime.

I attended the Yonsei v KU derby in Seoul, along with 50,000 other fans. It couldn’t have been more different from BUCS.

A look into the debate surrounding the Onelove armband controversy, highlighting the issues surrounding Qatar and its approach to LGBTQ+ rights.

No more heading the ball: The health hazards of the beautiful game