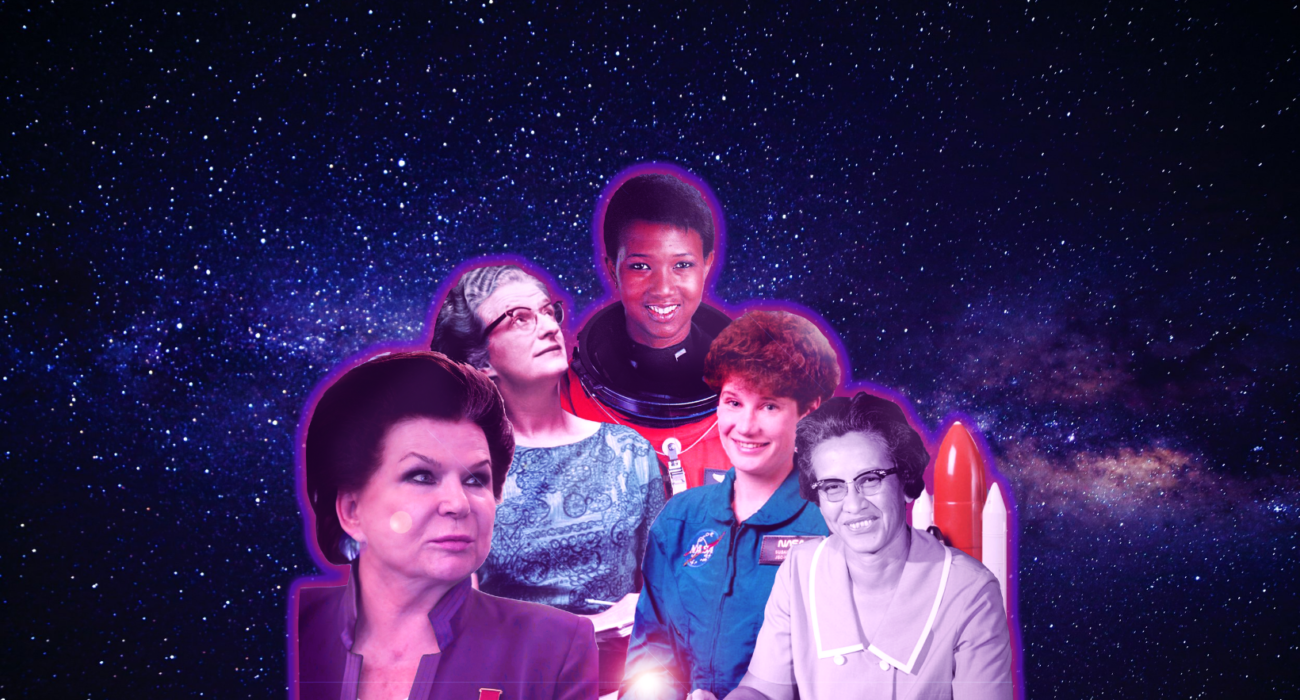 ‘Women in Space’ gives nations a chance to honour women who are truly out of this world. This year’s theme for World Space Week celebrates not only the women themselves, but draws attention to the importance of encouraging more girls into STEM pathways.

With engineering being a traditionally male dominated field it can be easy to overlook the contributions of women in space exploration. However they have been, and continue to be, monumental to the success of space programmes.

Russian astronaut Valentina Tereshkova orbits over 200km from the earth’s surface. The year is 1963. She is the first woman to ever travel into space. As she completes her solo-trip consisting of 48 earth orbits, unbeknownst to her she has opened the doors for women in space travel. It would still be another 20 years before the first US woman, Sally Ride, and the second Russian woman, Svetlana Savitskaya, would travel into space. But here is Valentina; fearless and pioneering.

No ‘Women in Space’ recognition would be complete without mentioning the incredible Katherine Johnson. In 1953 she worked in the all-black department of computing at NACA (would go on to become NASA), but things took a fateful turn in 1957 when Johnson had the opportunity to demonstrate her true expertise; mathematics. She provided some of the calculations in important documents that went on to be fundamental in projecting trajectories for Alan Shepard’s flight into space as the first US man.

This made her the first woman to be involved in the mathematics of a project of this magnitude. But perhaps Johnson’s most famous involvement was with the suborbital voyage of John Glenn, where she recalls Glenn himself having cold feet before the launch and stating “if [Katherine] says [the trajectories] are good then I’m ready to go”. Johnson went on to be involved in many NASA missions, including Apollo 11, and remains a true inspiration for women and minorities.

Also known as ‘The Mother of Hubble’, Nancy Roman played a fundamental role in driving the US forward as a leading nation in space exploration. Roman credits her scientific parents for her own love and interest in science; she was particularly fascinated by astrology and astrometry (study of constellations). Aside from her role as the first female executive for NASA and involvement with the NASA astronomy programme, Roman’s biggest legacy was her contributions to the Hubble Telescope.

She helped lead the programme, selected the operators, and even personally invested in the programme. She strongly felt that there was more than meets the eye, quite literally, out in space that was waiting to be discovered. And thanks to her efforts in founding this historic apparatus, we have.

In 1992, Mae Jemison reached another milestone by being the first black woman to travel into space. From a young age Jemison was passionate about astronomy and went on to receive a Bachelor of Science degree in chemical engineering at Stanford University. She then attended Cornell Medical School and practiced as a doctor for disadvantaged communities in Thailand, Cambodia and East Africa.

She even joined the Peace Corps and worked in the Centers for Disease Control. But Jemison’s childhood passion never went away, and in 1987 she was chosen out of around 2000 applicants to be on the crew on the Endeavour space shuttle. Jemison continues to be an advocate for women and minority rights and contributions in not only scientific fields, but in all society.

Imagine spending 536 minutes walking in a huge expanse of nothingness. It’s eerily quiet, and there’s nothing for hundreds of miles except a giant looming mass of floating rock. This might be what Susan Helms experienced when she broke the record for longest single spacewalk. The nearly 9-hour expedition took place during her 5-months onboard the international space station, where she was also the first female resident. Helms also boasts a decorated military career that began when she graduated from the US Airforce Academy in 1980 with a degree in aeronautical engineering. She eventually retired with the rank of lieutenant general.

I am pleased to say that there are numerous more examples of female astronauts, engineers and innovators in the domain of space research. Kitty O’Brien and Mary Jackson are respectively, the first female and black female engineers. Not to mention Kalpana Chawla, Ellen Ochoa, Christa McAuliffe and Dorothy Vaughn.

Today NASA hosts a range of women in STEM careers, including Dawn Martin, engineer on the all-women Artemis programme, and current astronaut Loral O’Hara. Thanks to the pioneering women of the past, STEM has never been more popular for women. In the UK, the workforce of women in STEM has surpassed 1million, the highest it has ever been. As of 2015, it is estimated that 14.4% of the adult workforce in the UK is made up by women in STEM.

These women have been empirical to the progression of space technology, so I urge you – in the name of science – to explore them further, and discover the women of today who are driving space discovery thanks to the women of the past.