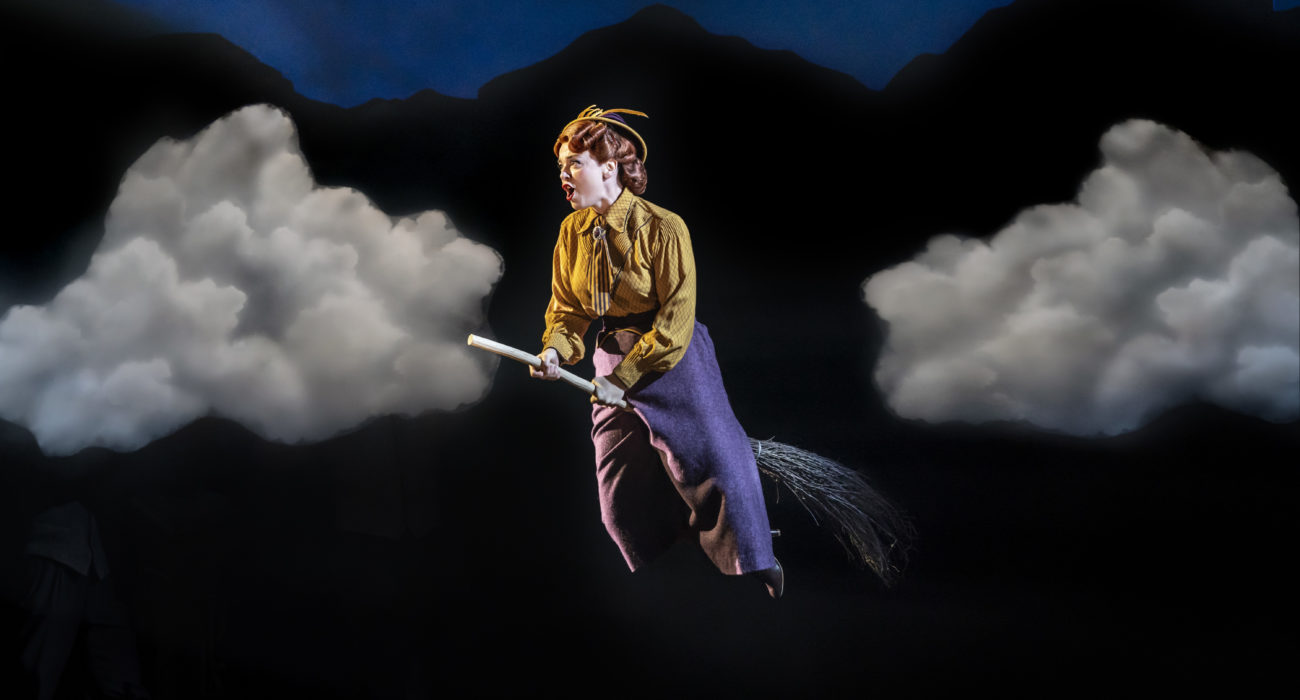 Yet another stage adaptation of a classic movie arrives in Manchester, but this one is not like the others for this is a brand spanking new production!

Bedknobs and Broomsticks flew into Manchester for a short but sweet visit, taking audiences on a magical and nostalgic ride (on a flying bed) with vivacious vocals, marvellous music, lucid lyrics, creative costumes, stunning set design, a sumptuous script, and a wonderful West End star at the helm of the production.

Now, taking on a role made famous by none other than Dame Angela Lansbury DBE is no easy feat. Whilst some actors seek to emulate famous performances so as to give the audience the ultimate nostalgia, others choose to craft something different entirely.

Regardless, I’m glad that Dianne Pilkington resisted the temptation to play Angela Lansbury as Miss Eglantine Price and instead offered her own take on the iconic character. Why? Because she was bloody marvellous in the role.

Whilst I of course initially made comparisons to Lansbury, Pilkington was so confident, creative, and cool in the role that the image of Lansbury quickly faded away as I let Pilkington take me on a magical ride – away from the original movie.

At times, Pilkington’s characterisation of Miss Price reminded me of Kelli O’Hara’s take on Anna Leonowens in The King and I (I saw her take on the role in the West End before reviewing the touring production in Manchester, which starred Annalene Beechey).

This is not just because they were both playing with the conventions of the quintessential caregiver – an olden-day, educated English woman from relatively high social status – but because of the witty, wily and whimsical portrayal of their similar-ish characters.

The King and I lead to the Sunday Times calling O’Hara “Broadway musical’s undisputed Queen,” so this is of course a huge compliment. Though, O’Hara being Broadway’s Queen is certainly not undisputed. O’Hara has, however, perfected the English accent, which is more than can be said for Bernadette Peters, but that’s two articles in a row that I’ve commented on that so let’s leave it be…

Pilkington, although a well-known West End actor, is criminally underrated. Nobody is calling her the West End’s undisputed Queen – or even a disputed Queen – but that might be about to change. Bedknobs and Broomsticks really lets her shine. I hope she gets at least some of the recognition that she deserves.

Whilst Pilkington stole the show, credit must also be given to the rest of the cast. Charles Brunton and Jacqui DuBois were loveable as Professor Emelius Browne and Mrs. Hobday, respectively.

Sussanah van den Berg was especially talented, not only as the hideous but hilarious Mrs. Mason, but also just as a member of the ensemble. She brought so much character and life to every scene; I imagine she crafted personalities and backgrounds for even the nameless characters she played. Her facial expressions were brilliant.

Charlie – the eldest of the Rawlins children – was played to perfection by Conor O’Hara. He gave a very sympathetic portrayal of the troubled teen, just entering “the age of not believing”.

The younger children are of course played by different child actors on different nights. I’m not sure who we saw on press night but they both possessed awe-inspiring talent- I just know that they’re going places.

The heartbreaking twist- especially the way that the children responded to the shocking revelation- had tears rolling down my face. I did not recall that twist from the movie; I wondered if I had blocked it out because it was so traumatic for a child. It turns out that the twist was an addition to the stage musical script.

Whilst the film version sees Miss Price lose her magical powers, the stage adaptation goes in a different direction. Both end on a sweet note, however – another twist, this time correcting the trauma. It is Disney, after all…

Now, this wouldn’t be a Jay Darcy review without a discussion of the set. Bedknobs and Broomsticks is certainly a ‘big’ production, though its beautiful set paled in comparison to the majesty of the costumes.

The costumes in the underwater scene (below) were absolutely divine. In fact, that scene as a whole was just perfect – barely beating out the Portobello Road scene (above) as my favourite in the musical.

But back to the set… Bedknobs and Broomsticks takes on the aesthetic and vibe of an old-fashioned musical. The set is big but not too elaborate.

After the Rawlins’ house was blown up in the first scene, the set was framed by pieces that made up the damaged frame of the house. This set stayed onstage for the entire performance, even though the musical did not return to the house after the opening scene. I did find this a little odd, but I imagined it served as a dark reminder of where the children had come from.

However, after the twist was revealed, the set’s purpose was given greater meaning; I now understood why it stayed on stage the entire time.

I found it interesting that instead of relying on machinery to carry and function all of the set, most of it was brought onto the stage by actors.

At first, I was surprised by this – with its huge budget, why is Disney not making the most of modern technology? Did it blow its budget on making the bed fly? But I soon realised that this was part of the musical’s appeal: a modern musical presenting itself as a classic one – for it is based on a classic film.

Furthermore, having actors work the set, instead of relying on invisible technology, worked to make the magical elements of the show – namely, the flying bed – all the more striking. Whilst we could see set being brought on and off stage, we hadn’t the slightest clue what was making that bed fly.

The flying bed was, of course, the most memorable part of the musical – closely followed by the flying broomstick. Disney musicals make great use of technology, especially whatever technology they use to make things fly.

Think the magic carpet in Aladdin, the umbrella in Mary Poppins, and the Beast’s transformation in Beauty and the Beast (the latter visits Manchester next year so get ready to be their guest).

Nobody knows how they do it. Think of a possible answer – strings, magnets, fans – and you’ll be told how that is not scientifically or technologically possible.

Maybe it is just Disney magic…. 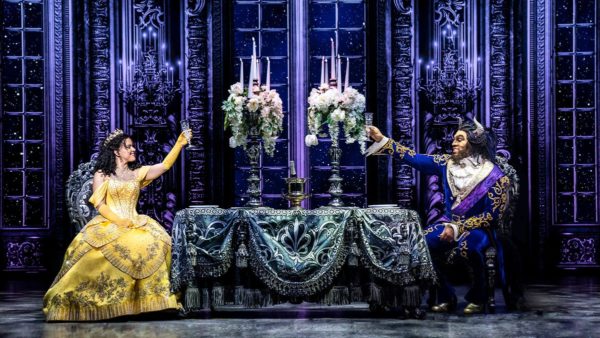 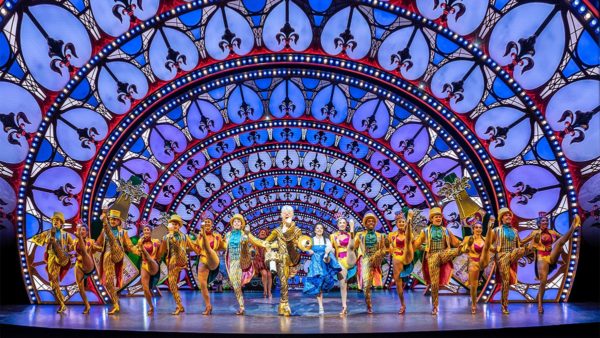 Review: Beauty and the Beast