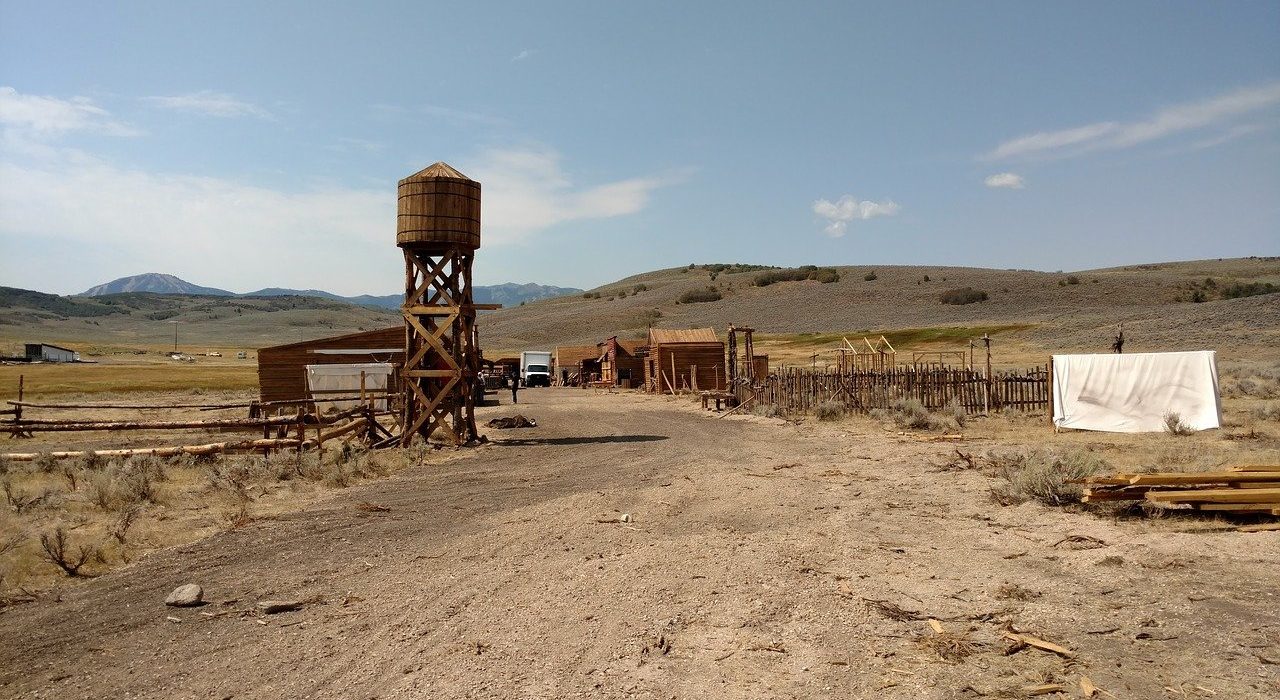 Despite being set in the Old Wild West, The Harder They Fall is a western for the modern age. Filled with a star-studded, majority black cast, it is a western like no other that pays homage to a genre clearly beloved by writer-director Jeymes Samuels.

It’s a classic tale of revenge. Jonathan Majors stars as Nat Love, a gun toting highwayman on a quest for revenge against the gang who killed his parents when he was young. Leading the gang of murderous thugs is Rufus Buck (Idris Elba), accompanied by a scene-stealing Lakeith Stanfield and an ever-impressive Regina King. The story develops as Nat Love teams up with his old crew of charismatic gangsters to hunt down Buck in a refreshing and unashamedly gory finale. Despite its simple plot, it’s characters ooze personality and the film has a distinctive style that makes the whole thing feel fresh.

Speaking of style, much of the film is infused with a soundtrack that mixes rap, reggae and soul to equal effect. This provides many scenes with an almost dance-like quality as the gang partake in shootouts and chases, even descending into something comparable to a full musical choreography during a couple of sequences in saloons. In this sense, the film is not afraid to play with genre. It even has some meta-commentary on the western itself. At one point, a character orders the death of another only to halt the execution and exclaim, “But not yet.” Why? Because the narrative is better if they live. It’s these moments of self-awareness that set this film apart from many other Westerns. It may indulge in unnecessary gore and violence, but at its best, the film creates a universe that allows you to let go and simply enjoy it for what it is.

The Harder They Fall is not merely senseless action; it actually has some thoughtful commentary on race and class in this era. Although often played with a humorous edge, scenes involving encounters with their wealthy white counterparts highlight the background of historical injustice that the story is predicated on. A fantastic nod to the intertitle shown at the beginning: “These people existed.”

Nevertheless, at times the style can be so accentuated that the film starts to feel a little artificial. In particular, the central relationship between Nat Love and Mary Fields (Zazie Beats) feels like little more than a plot device. They constantly refer to their shared history together but it never quite resonates beyond a minor affection. Similarly, there is an emotional reveal towards the end that lacks the punch that it seems to think it has.

Ultimately, its playful meta-inflections give the film a unique style but end up taking away some of its emotional power. Even the film’s main town setting of Redwood seems to look more like a film set or a video game map than a realistic town. This is glaringly obvious as the film neither goes as far as becoming a satire of a Western, which could perhaps justify the Brechtian artificiality of some details, nor does it realise its settings and characters with enough detail to successfully emotionally engage the audience.

However, the film shows a tremendous amount of bravery and ambition in its black cast. In another director’s hands, the same plot could have felt entirely unoriginal and vapid, yet here it is imbued with vibrance and melodrama by a stellar cast, exciting action sequences and mouth-watering soundtrack. Despite some recurring issues in balancing its tone, The Harder They Fall is a refreshing addition to the Netflix catalogue and should alert the industry to the varied talents of director Jeymes Samuels.