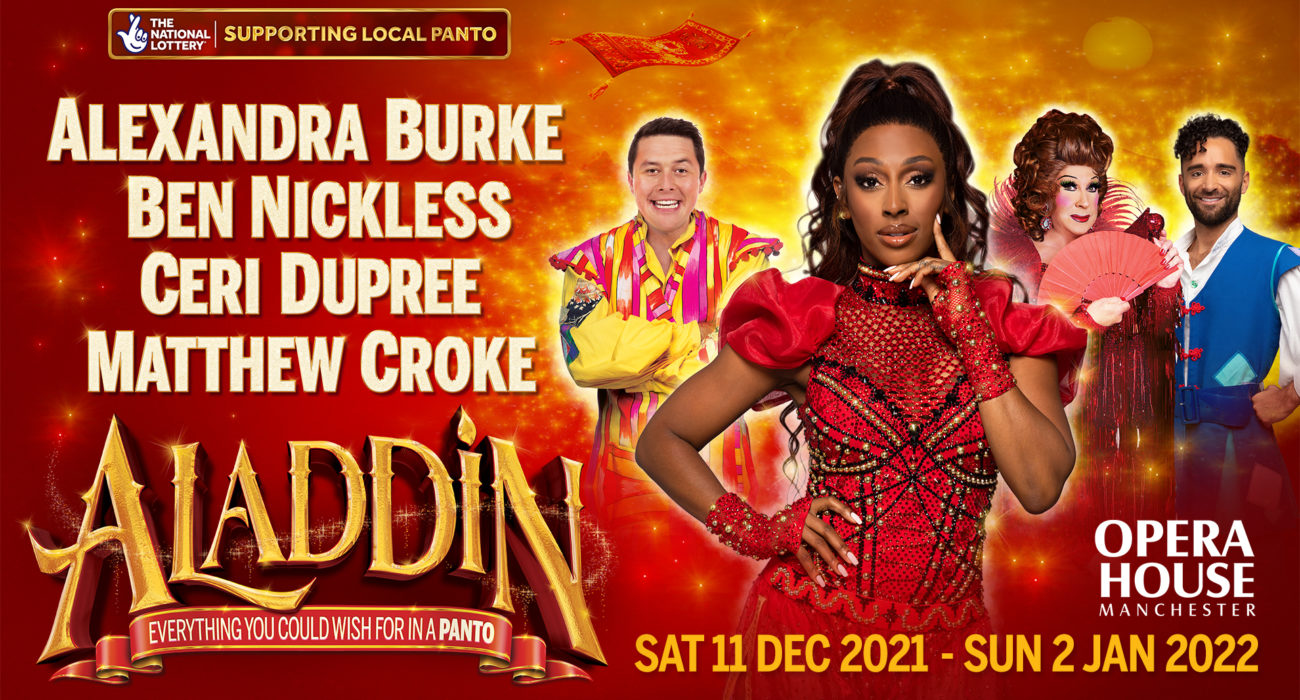 Everybody knows the story of Aladdin, so there’s no need to go over that.

This version of Aladdin, however, features the little-known genie of the ring – a character omitted from the Disney adaptation.

Renamed the spirit of the ring, the character will be played by none other than The X Factor winner Alexandra Burke, who makes a long-awaited return to Manchester following The Bodyguard in 2019.

Whilst Burke was supposed to star in the stage musical adaptation of My Best Friend’s Wedding, the show was cancelled (thanks to the C-word) before it even premiered. Whilst she’s no stranger to the stage, she will be making her panto debut in Aladdin.

Whilst the genie/spirit of the ring is a small character, it’s surely going to be given more importance and stage time, what with Burke taking on the role. Perhaps she’ll be a narrator, like she was in Joseph and the Amazing Technicolour Dreamcoat – which returns to Manchester next year, once again starring Burke! But who knows? You’ll have to watch the show to find out!

In the title role of Aladdin is Matthew Croke, the triple-threat West End star who recently moved back to the North (Manchester, to be specific), after doing his time in London. Croke is best-known for being the second (and sadly, final) actor to take on the title role in Disney’s Aladdin in the West End. How poetic that he now gets to play the same iconic character here in Manchester? Albeit, in a very different production…

Featuring a lamp-load of comedy, jaw-dropping special effects, sensational songs and plenty of boos and hisses, the whole family will enjoy.

It’s never too early to make wishes come true so be a genie-us and book your tickets for this magical carpet ride today!

Aladdin plays at the Opera House from 11th December until 2nd January.