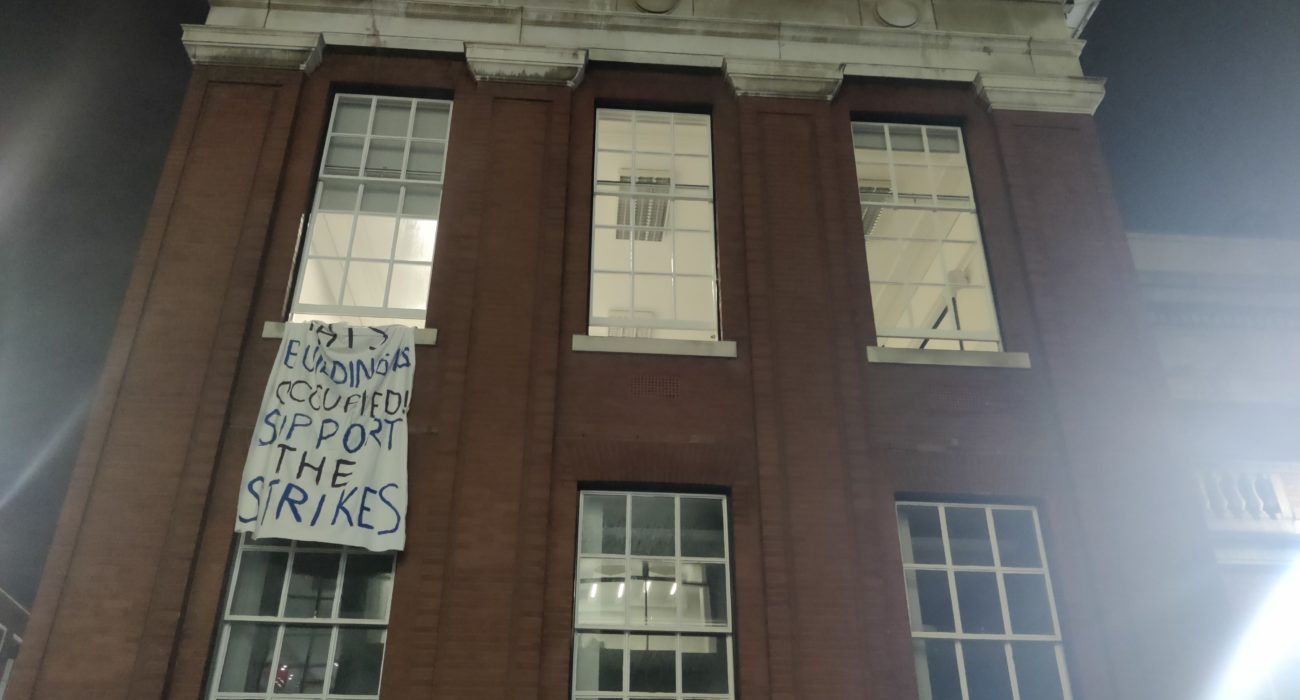 Students from the activist group ‘UCU Solidarity’ have occupied the Samuel Alexander building at the University of Manchester.

The move pre-empts 3 days of planned strike action by the University and College Union (UCU), which will take place from the 1st to 3rd December. The UCU is striking over the ‘four fights’ disputes after staff voted earlier this month to strike over pay, casualisation, workload, and inequality.

A spokesperson for UCU Solidarity told The Mancunion that:

“Staff working conditions are our learning conditions. We’re occupying in solidarity with the strike and to prove to the University and Senior Management that students fully support these strikes. The same management that exploit students exploit staff and only together can we bring serious radical change to this corrupt institution.”

In the past year student occupations have become commonplace at Manchester. The Samuel Alexander building was previously occupied in June by the group ‘NancyOut UoM’ whilst the Owens Park Tower was occupied in November 2020 as part of the rent strike movement.

The Mancunion spoke to some of the students occupying the building. They said that the purpose of the occupation was to “demonstrate solidarity with the UCU” and that “their [the UCU’s] fight is also our fight.”

When asked about the length of the occupation they told us that they’ll leave when the UCU are happy as their demands are the same as the UCU’s. They also told The Mancunion that students can support them by supporting the UCU and not crossing the picket line.

One of the occupiers is also the SU’s Welfare & Community Officer Fritha ‘Frazz’ Haven. When asked why she was occupying the building she said : “I’ve done it before and the fight is still the same”.