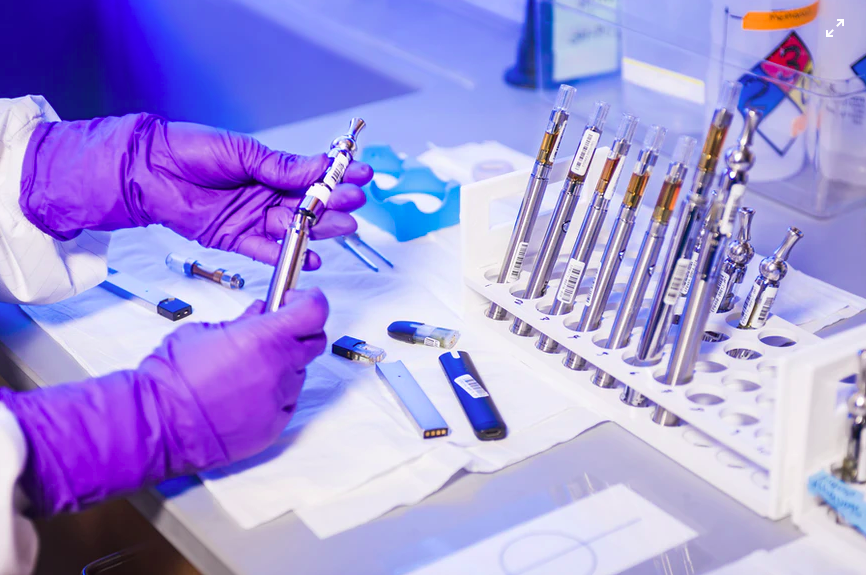 652,000 more young adults now smoke than before the pandemic.

Whilst smoking rates have been steadily declining over recent years, from 20% of UK adults in 2011 to 14% in 2019, recent evidence suggests that there was a 25% increase in young adults 18-34 who smoked during the first Covid-19 lockdown in 2020. Unfortunately, smoking is not a temporary vice, and this increase remains today.

According to the American Cancer Society, it takes on average eight to ten attempts to quit smoking before long-term success, but for many people, it can take up to 30 attempts. Cigarette smoking is not a problem that will dissipate on its own. We need novel ideas, old techniques, increased investment, and global awareness to create a smoke free world. So, with the advent and increased commercial availability of e-cigarettes, this raises the question: could e-cigarettes be the key to success?

According to the NHS, e-cigarettes are electronic devices that allow their users to inhale nicotine as vapour, instead of smoke. As they do not produce tar or carbon monoxide, they are nowhere near as harmful as traditional cigarettes. However, they do not come without their own risks.

E-cigarettes come in many different flavours, from nicotine to strawberry, appealing to people of all ages and tastes. As such, they can be attractive to young, non-smokers, putting them at risk of developing an addiction to nicotine. Studies suggest that e-cigarettes may have short-term health consequences, with increased levels of nitric oxide released into the atmosphere. Elevated airway inflammation, and benzene and ethylene oxide have been found in the urine of adolescent users, suggesting that e-cigarettes have negative health impacts.

However, one of the most concerning aspects of e-cigarettes is the lack of research on their long-term effects. The first e-cigarette was invented in 2003, and they have only become widely commercially available within the past decade. As such, their long-term health consequences may not be visible for years to come.

Working towards a smoke-free England

In October 2021, a report published by the British government announced that England was looking to become the first country in the world to prescribe e-cigarettes as a medical intervention to quit smoking. This has opened the door for e-cigarette manufacturers to submit their products to the UK Medicines and Healthcare products Regulatory Agency for approval as medical devices. If they are approved, and the National Institute for Health and Care Excellence recommends e-cigarettes for use, they can then be prescribed by the NHS.

“Helping people stop smoking wherever they live and whatever their background”.

Within this report, Health and Social Care Secretary Sajid Javid hailed e-cigarettes as an equal opportunity method to quit smoking. Like many other healthcare inequalities, smoking disproportionately affects low income, less educated people living in deprived areas. For example, 23.4% of the adult population of Blackpool smokes, compared to 8% in the wealthy area of Richmond upon Thames. By prescribing e-cigarettes on the NHS, they would become accessible to everyone, enabling smokers across England to engage in smoking cessation in the way that is most effective for them.

A trailblazing idea or a reckless proposition?

“This country continues to be a global leader on healthcare”.

With the lack of research on the long-term impacts of e-cigarettes, England would be taking a chance by prescribing them. A chance that many countries are shying away from.

Also in October of this year, the Hong Kong government announced a ban on the manufacture, import and sale of e-cigarettes and heated tobacco products. Hong Kong Health Minister Sophia Chan Siu-chee claimed that the availability of e-cigarettes has been a hindrance to recent anti-smoking objectives in the city. Similarly, Australia has proposed legislation to prevent the import of nicotine vaping products, including e-cigarettes.

As countries and governments diverge in their policies on e-cigarettes, and research struggles to keep up, it is impossible to know which method is right. Only time will tell.

NHS data has potential beyond health care – but who should have access?

Pharmacist service could save NHS £651 million