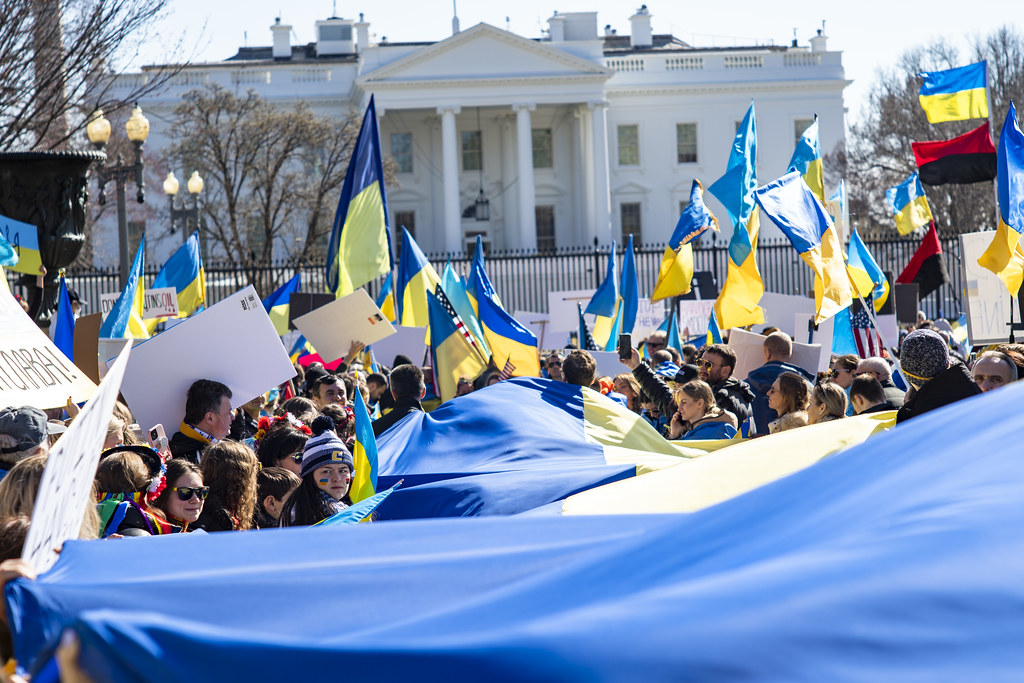 In the fashion world at this time of year, the most talked-about events in Europe are usually the Fashion Weeks of London, Milan and Paris, but in 2022 there’s a much more pressing issue. Following Russia’s invasion of Ukraine, which has already caused over 1.7 million people to flee their homes, designers and models are showing their sympathy and respect for Ukraine in various ways. 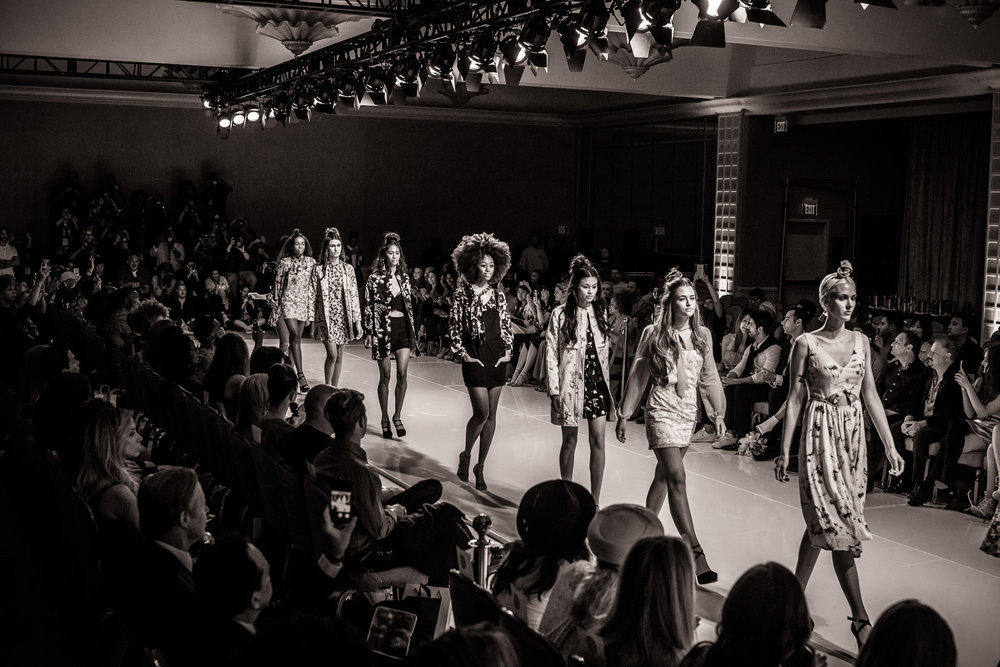 The Argentine model, Mica Argañaraz, was the first model to publicly pledge to donate her fashion week earnings to organisations supporting Ukraine. Other big names followed in her footsteps: Kaia Gerber has made a list of resources available in her Instagram bio so that her followers can offer their support by donating, volunteering or signing petitions. The most visible of the models who have expressed their support for Ukraine are supermodel sisters Bella and Gigi Hadid, who both made frequent appearances on the runway this season.

Bella has already committed to donating part of her fashion week earnings to the cause. She wrote in an Instagram caption that she has ‘been finding confirmed sources and organizations that will be on the ground helping and servicing those that have been directly affected by Putin’s thoughtless and irresponsible actions’. She lists CARE int., Nova Ukraine, Save the Children, The International Red Cross and World Food Programme as reliable humanitarian relief organisations that her followers can donate to.

Gigi Hadid announced yesterday that she will be donating the entirety of her income from the fashion weeks to support Ukraine. Underneath a selection of photos from Fashion Week, Gigi wrote ‘Having a set Fashion Month schedule has meant that my colleagues and I often present new fashion collections during heartbreaking and traumatic times in history. We don’t have control over most of our work schedules, but we would like to walk ‘for’ something. Following in the footsteps of my friend @micarganaraz, I am pledging to donate my earnings from the Fall 2022 shows to aid those suffering from the war in Ukraine, as well as continuing to support those experiencing the same in Palestine.’ 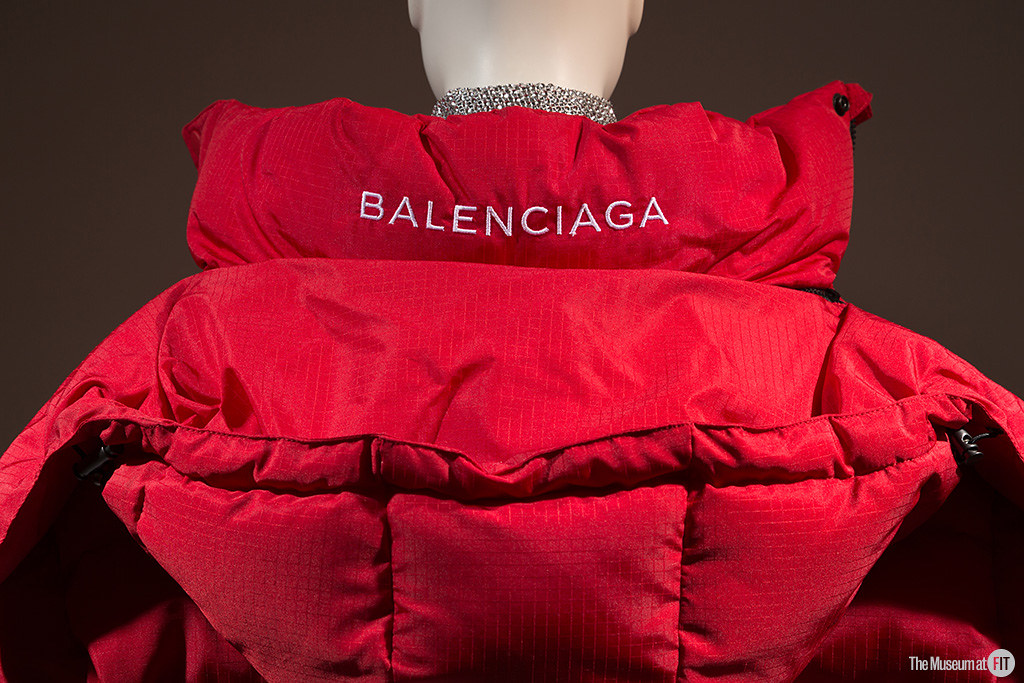 Not many designers have shown public reactions to the war, although Giorgio Armani and Demna (the creative director at Balenciaga) have demonstrated their sympathy with Ukraine in their recent Fashion Week events. Armani hosted his Milan runway show in silence as a show of respect to those suffering as a result of the conflict in Eastern Europe. His reasoning was that he ‘really wanted to show that [his] heart is with the people in Ukraine’.

Demna responded more explicitly to the war at his Paris Fashion Week runway show. T-shirts in blue and yellow (the colours of the Ukrainian flag) were placed on the seats of attendees alongside a note in which Demna named himself a ‘forever refugee’. The designer is from Georgia and had to flee his home country in the 90s following a conflict involving Russia. The fact that this issue is so close to his heart explains his quick response, but also makes the lack of reaction from other major labels very conspicuous. Surely designers don’t need a personal connection to the current situation in order to acknowledge such tragedy?

When there’s so much suffering and anxiety, it’s difficult to find a place for fashion. Fashion Weeks have continued despite the nearby upheaval, the guests at the Balenciaga show read Demna’s note, while at the same event Kim Kardashian arrived wearing packing tape emblazoned with the brand’s name. What got more media attention? Definitely Kardashian’s bright yellow, modern-mummified look. This causes one to ponder the place that fashion has in such uncertain times. Would Demna be correct in saying that ‘fashion somehow doesn’t matter now’, or is Armani right when he says that in supporting Ukraine ‘the clothes became even more powerful through the silence’? 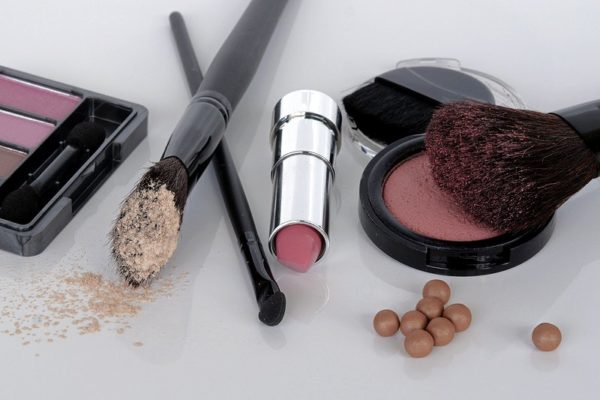 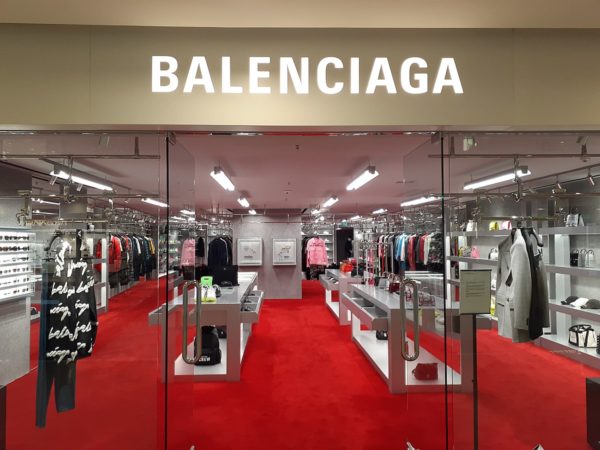 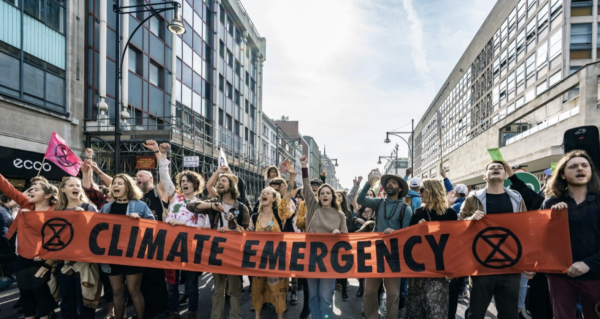