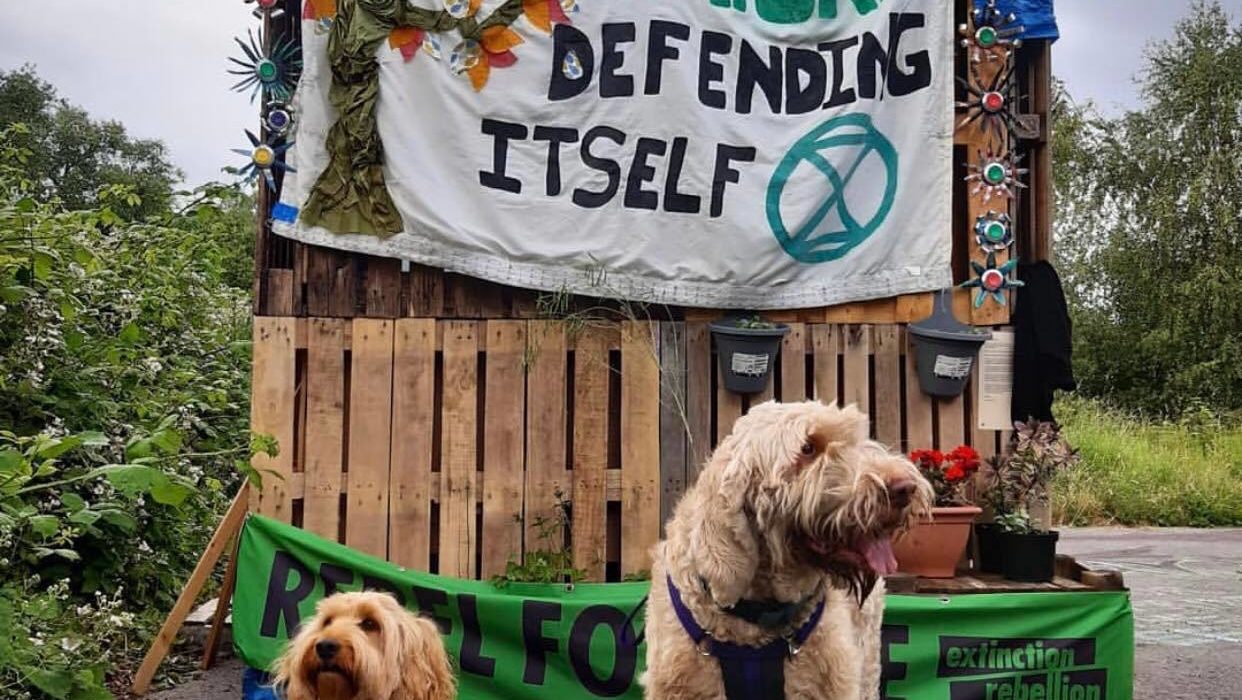 The Ryebank Fields Community Camp is to celebrate one year of its occupation, with a weekend of community workshops, crafts, vegan food and spoken word, from April 22nd-24th. The weekend will close with a community hike led by people of colour to mark the 90th anniversary of the Kinder Scout Mass Trespass.

The camp was established on April 24th 2021 to support the longstanding campaign to Save Ryebank Fields, the naturally re-wilded land in Chorlton, from the threat of Manchester Metropolitan University development.

Beginning as a collection of tents, the camp is now is home to two permanent structures of over 6 feet, a watch tower and an eco-house, made from purely recycled materials.

With support from Extinction Rebellion and Animal Rebellion Manchester, the aim is to provide a permanent on-site presence to ward off developers.

The fields at Ryebank were initially given to MMU by Manchester City Council in the 1970s to remain as playing fields. Since the decision to move MMU sports facilities to Carrington, the fields have been abandoned and left to naturally re-wild, creating a rare spot for biodiversity in central Manchester.

Ryebank is home to one of the UK’s rarest trees, the native black poplar, as well as an aspen grove, native bluebells, wild garlic, and more than 70 species of bird.

Yet since 2020, the University has entered the process of auctioning the land to housing developers, who will undoubtedly threaten the delicate ecosystems at work. The Save Ryebank Fields campaign aims to prevent this sale.

The threat to Ryebank ties into the wider debate around our Right to Roam. Under the current Countryside & Rights of Way (CRoW) Act, public access is restricted to only 8% of English land.

Within even this limited space, access to green space is not spread equally across the country – there are “close to two times as many LGSs (local green spaces) designated in the south as there are in the north of England”.  To build private housing on the Ryebank site would be to further increase such inequality.

We spoke to activist Robin, who has been living in intervals at the camp since January of this year.

Why does a permanent on site presence make it harder for developers to act?

“At the moment, there’s a shortlist of five developers – MMU are simply trying to sell to the highest bidder. From the moment it’s sold, developers can arrive and begin to fence off land to start building works.

“A 24 hour presence makes life difficult for the developers – because of legal safety requirements, they can’t begin this work if there are any people in the area.

“Any developers would also have to physically dismantle our structures – which costs them both time and money.”

How does the camp tie into the pre-existing campaign to Save Ryebank Fields?

“The campaign is a long one, it’s been going for twenty five years! Local residents and the Friends of Ryebank group had already organised a ‘tower duty’ rota, of people keeping watch from the tower in the day for any updates of development. The camp provides an overnight presence, filling in those gaps.”

Why should we save Ryebank?

“The current IPCC report has us on track for 3.2 degrees of warming – which means total deastation. Now is not the time to start cutting down trees, which of course, help remove carbon. It’s also about more than Ryebank – that as a community, if we can care so much about Ryebank, we can care about other green spaces, other vulnerable environments that are at risk,” said Robin. 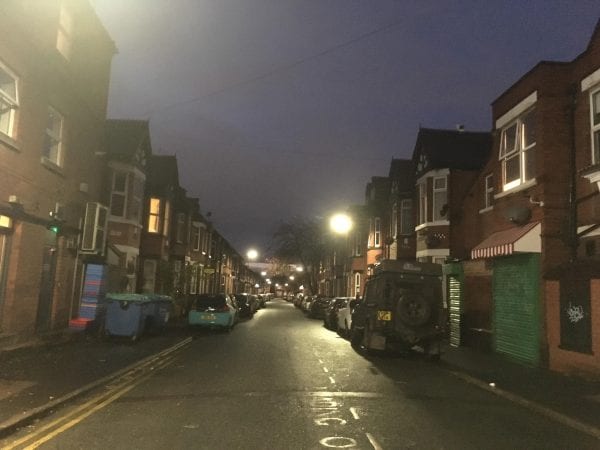