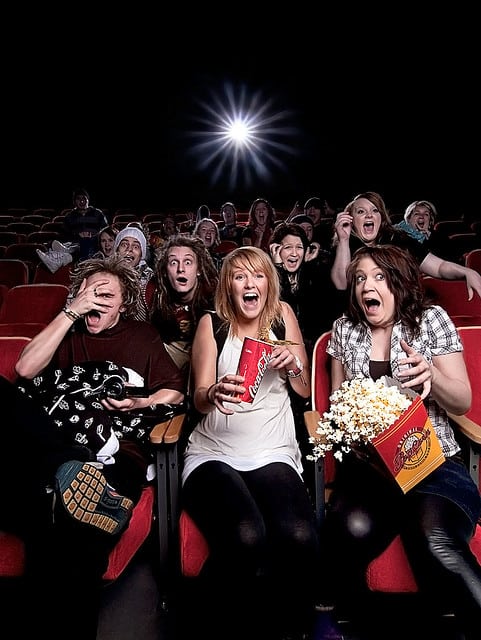 Who says nights out can't involve the cinema?

Who says nights out can't involve the cinema?

Before you do anything, whack ‘student beans’ into Google. That’ll give you two for one offers at the Cineworld in Didsbury, which is super easy to reach if you’re in Fallowfield. Just get the 174, ask for ‘Parrs Wood’ and it’ll stop right outside the cinema. After 5pm it also sells alcohol, you know, if you reckon Avatar will be even more spectacular when you’re a little tipsy.
There’s an Odeon in the Trafford Centre, but that’s a little out of the way, so it’s best to stick to the one in the Printworks in the centre of Manchester. It’s the only one about with an IMAX screen, and also shows ‘classic’ films every Monday. It tends to be a little pricier than other places but with a town-center location, you pay for what you get. If you’re into arty or foreign films, Cornerhouse is the place to go. Walk town-ward down Oxford Road for about 10 minutes and it’s right there on the corner; showing underrated flicks you’ve never heard of, but will grow to love. It also does some nice food if you’ve been saving your money by eating various combinations of beans and noodles for a while. Remember though, if you’re in the third screen, don’t sit at the end of a row – you won’t be able to see anything. It’s weird, but more cultural than your average night at Font.
The AMC is a bit harder to find, being located in Deansgate, but is easily the cheapest of the ‘big-budget’ cinemas, offering a student ticket for just £4.50. It also tends to show films for longer, so if lectures, (or clubbing), has caused you to miss a must-see, then this is your best bet.
As far as offers go, all of the cinemas, except Cornerhouse, participate in ‘Orange Wednesdays’ – Just text ‘film’ to 241 and those of you ‘lucky’ enough to be on Orange will receive a voucher via. text – ah the wonders of technology. Just remember to arrive at least half an hour early if you’re planning an evening trip as it tends to get very busy.
Where V.I.P. clubs and cards are concerned, Odeon offer a ‘Premier Club’. With three types of membership and prices ranging from £1.99 – £9.99, it can get a little complicated, but loosely speaking, you earn ten points for every £1 that you spend in-store (or in this case, in-cinema). That might not sound too bad hey? But with point prices starting at 300, you’d have to spend roughly £30 to get enough points for a small, soft drink; doesn’t sound too good now does it?
Although not a terrible idea if you tend to frequent the Odeon, it’s not the cheapest option for students. For real value for money, movie lovers can see as many as they like for free when they own a Cineworld Unlimited card. Well, sort of anyway; for just £13.50 a month you can go and watch as many films as you like. True you can only use this card at Cineworld cinemas and you will usually have to pay an extra £1.50 for 3D screenings, but if you see three films a month, then you’ve already saved enough for a pint or two in your local.
If you don’t feel that these offers are for you then make sure that you take your student card. It may not provide you with a buffet of free films, but you can usually knock roughly £2 off the ticket price. You’ll have even more fun laughing and spewing popcorn, safe in the knowledge that you’ve saved precious pennies for a future trip.