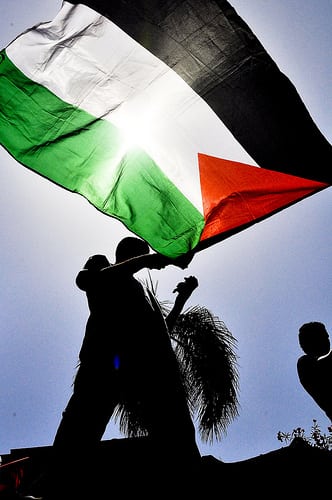 Debate 1: The time for false mediation is over

“With our souls, with our blood, we will defend Palestine,” cry those for whom Western rhetoric has become a rare beacon of hope in the ongoing battle for Palestinian statehood. Tired of the empty rhetoric of Barack Obama and others, and determined to bring an end to this most enduring of conflicts, President of the Palestinian Authority (PA) Mahmoud Abbas has now made a formal application for Palestine to be admitted to the United Nations Security Council as a full member. Despite President Obama’s repeated declarations of love for the Arab world, his supposed affection is clearly false – as proven by the impudent tone taken by him at recent summits in Istanbul and Cairo. Old habits die hard, especially for US presidents.

While the virtues of hope, pragmatism and co-operation have been extolled by Israeli Prime Minister Benjamin Netanyahu and members of his controversial (to say the least) government, the Palestinian Diaspora have suffered unjustly – not only through the expansion of Israeli settlements across what is clearly Palestinian territory, but as a result of the introduction of a segregated system to the West Bank and Jerusalem that in essence ended the option of a two-state solution. Western leaders, seemingly eager to advocate the Wilsonian liberal principles of self-determination and justice – but only when and where they see fit – have neglected the Palestinian peoples’ fundamental right to statehood.

Throughout the past two decades, countless negotiations have taken place between Israel and the PA: from Madrid to Oslo, from the Wye River to Taba via Camp David to name but a few of the ceaseless yet fruitless discussions. Obama’s promises for a settlement freeze (Cairo, 2009) were unsurprisingly hollow; the 44th President is seen by many as a mere puppet in the negotiation process, to the point where one Republican Congressman reportedly commented that, “Netanyahu has more credibility in this Congress than Obama”. Meanwhile, the Palestinian people are confronted with the harsh reality of brutal military occupation on the ground and Israeli intransigence at the negotiating table. Whilst the Oslo agreement set out to restore equal rights and an independent state to the Palestinian people, further negotiations proved to be frustrating and ineffective.

President Obama is guilty of a shameful hypocrisy. How can one be an ardent supporter of the Arab Spring and simultaneously allow the Palestinian nightmare to continue? For a man of such highly principled ideals, Obama has shown categorically that he is far more concerned about his ailing bid for re-election than the future of the Middle East. Siding with the Palestinian cause would cause uproar amongst the omnipotent Israeli lobby in the United States, thus alienating millions of potential voters; to change course now would simply not make political sense for an already under-fire President who needs every vote he can get.

This courageous call for statehood will not only be a significant point in history for the Middle East, but could potentially tear apart Western alliances. France and Germany seem to have a difference of opinion on the issue, with the Germans siding with Israel and the French apparently sickened by the treatment of Palestinians. When it comes to taking sides, Britain is unlikely to follow the French lead – instead, David Cameron has urged the UN to “show a united front”.

But with President Obama stuck between a rock and a hard place, it is left to our European leaders to fight for the ideals which have endlessly been flung around since January, when Tunisian President Zine al-Abidine Ben Ali was ousted in a move that kick-started the Arab Spring. The time for false mediation is over; radical action is needed and, whilst Cameron is right to advocate a united front in the face of adversity, our politicians cannot afford to abstain from an historic opportunity to revolutionize the Middle East forever.