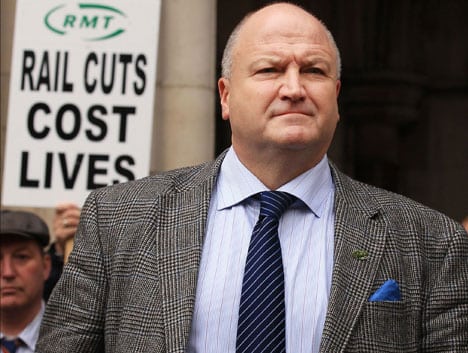 The most unimaginative, intellectually bland and lazy political commentators on the left are forever drawing comparisons between the 1980s and today, specifically in reference to rising unemployment and a robustly radical Conservative-dominated government in office. It is clear, however, that the only thing that has remained constant since then is their own reluctance to move with the times and defend narrow sectional interests.

Once again, the ordinary hard-working men, women and families of Britain find themselves battling not only a turbulent world economy but also the forces of reactionary politics in the trade unions. This is not simply a matter of being for or against austerity measures regarding public expenditure, but more about the government’s programme of progressive reform versus the public sector oligarchs.

A month or so ago, I was making my way to work when I was accosted by a young Union member brandishing a flyer demanding that local parents oppose plans to upgrade the local high school into an academy. When challenged about this matter, the woman argued that I didn’t know what I was talking about as “an upper class Tory who only cares about bankers”.

The language of the Unions is telling. Accusing the entire government of being of a certain class or suggesting that NHS and education reforms are ‘privatisation’ measures – despite not involving the sale of any public assets to the private sector – clearly demonstrates a political agenda behind the rhetoric. Rather than being based on high-minded principle or reasoned argument, this campaign is rooted entirely in self-interest.

Whether it is an attempt to prevent the government from prising offensively lucrative pension arrangements out of their clutches (despite the private sector shouldering such a burden for years already), or the threat of a more independent and free-thinking public sector workforce, outside of the sphere of union control, the Unions are digging in and refusing to compromise.

They would, of course, disagree with my analysis; but forgive me for failing to come over tearful at the wails of Bob Crow, General Secretary of the RMT, who languishes on £100,000 per year in a council house whilst depriving another hard-working, impoverished family of a roof over their heads. Neither do I hold much sympathy for the Lecturer’s Union, who provide little in the way of tuition or support for students (especially here at the University of Manchester), yet whinge about being entitled to greater benefits, salary and pensions whilst they busy themselves with navel-gazing and furthering their own careers.

I have always been far more sympathetic to trade unions than most other right-wing commentators and they do provide a valuable service to members who cannot afford legal protection in employment tribunals or require extra support in the work that they do. However, when blatant self-interest threatens to ride roughshod over securing the best for Britain, my patience begins to dwindle.

This “upper class Tory who only cares about bankers”, who is in actual fact a working class Mancunian and the son of a postman, calls upon people of sound mind and sensibility to reject bully boy Union tactics and accept that we are all in this together. We must all shoulder our share of the burden caused by the mistakes of the past, learn from them, and build a better and stronger Britain for the future, lest this green and pleasant land becomes stained with deepest red.