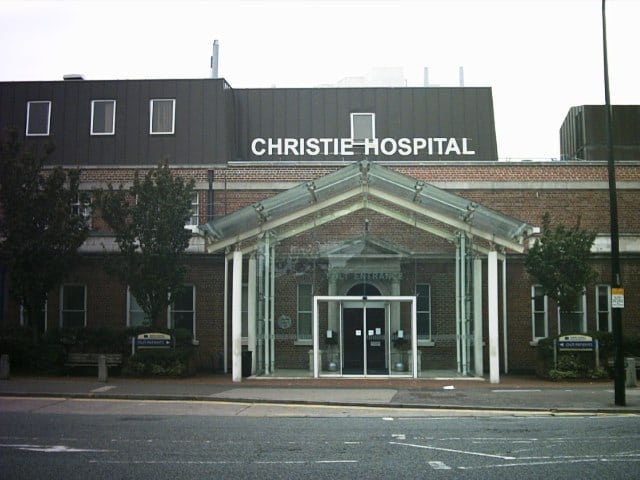 Plans to expand Christie Hospital, the largest cancer treatment centre of its kind in Europe, have been halted by local residents

Plans to construct a £20m cancer research centre run by the Christie Hospital have been scrapped following a campaign from locals opposing the design of one of the car parks.

Council planners rejected the application for the multi-million pound facility amid concerns over the size and location of a staff car park and building on Withington Green – a small grassy area used by people living near by.

Around 150 campaigners turned out to greet members of the council’s planning committee when they visited the area before the meeting last month.

Locals claim that the structure would have clogged up the currently quiet residential roads with traffic.

Plans to replace the structure with a smaller, single story car park are now being considered.

Campaigners have presented hospital officials with an alternative car park design in the past, but the idea was deemed unacceptable.

A spokesman for the Christie Hospital said that representatives have met with the architect behind the alternative design three times, but that on the third meeting it was acknowledged that the proposal did not meet the requirements of the brief.

“The capacity for the car park has been calculated to re-provide the existing car parking and provide extra car parking required for future needs. We are taking a prolonged approach: provision of a realistic level of car parking allied with initiatives to reduce demand.”

However, Withington councilor Chris Paul argued that the current plans are excessive.

He said, “Residents don’t want a 750-place staff car parking among homes. The Wilmslow Road junction is often clogged anyway. There are two primary schools. Christie must get staff on bikes busses and trams, and living local so they can walk. Cars are a health risk here.”

The Christie is the largest cancer treatment centre of its kind in Europe and an international leader in research and development. It registers 12,500 new patients and treats about 40,000 patients every year.

The hospital is attempting to expand further in order to become one of the largest clinical trials units in the world.