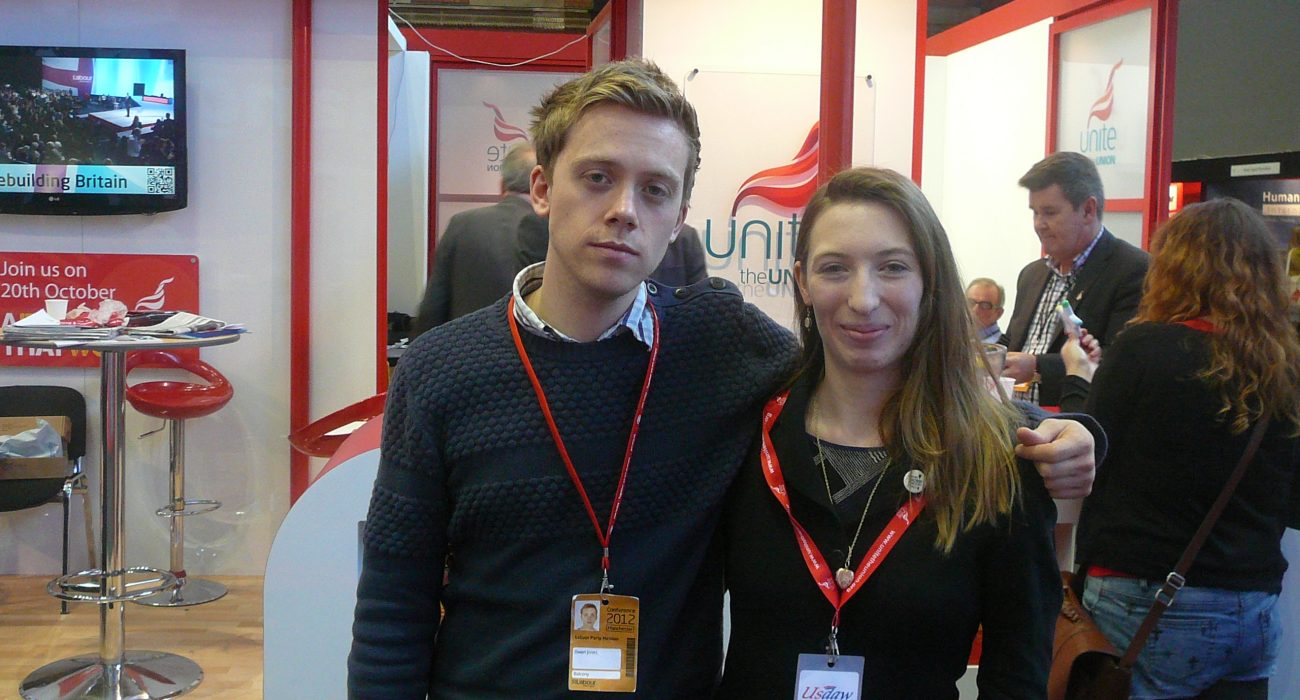 An interview with Owen Jones

Owen Jones is not your stereotypical best-selling writer.

Born in Sheffield and brought up in Stockport, the ‘Chavs’ author speaks with a noticeable Manchester accent and, as he admits on his Twitter page, looks like a 12 year-old.

In the last year he’s made regular appearances on TV and radio including being on the Question time panel. When I met him at the Labour Party Conference last week he had spoken at numerous fringe events, and had been in great demand all week.

Mr Jones was born in Sheffield but grew up in Stockport. He attended Cheadle and Marple Sixth Form College (previously Ridge Danyers Sixth Form College) which is about five miles away from Fallowfield, and read History at University College, Oxford.

I ask him how where he grew up has affected his views: “All areas I’ve lived in by varying degrees were really badly hit by Thatcherism. The primary school I went to in Stockport, I was the only boy to go to sixth form and that wasn’t because I was bright but because the odds were stacked in my favour.”

“My dad worked for Sheffield City Council, he was senior shop steward for his trade union – Unison, and my mum taught IT at Salford University. The people who I grew up with, their parents did very low paid work, struggled to make ends meet, a lot of them had gone through unemployment. So to me this idea that there was no class, that we’re all middle class seems frankly ludicrous.”

He goes on to mention his political roots, even including his great granddad who was in the general strike as a train driver, adding “he refused to stand up for the national anthem.”

“So I think socialism runs through my family but certainly growing up in communities, predominantly working class communities that were hit by Thatcherism affected me.”

I ask him what he feels has been the most striking feature of the Labour Party Conference.

“I think for me if I was to say compare where the Labour Party was with high Blairism I think it’s in a very different place, whether it be in the attitude to inequality, trade union movement… I think there has been a shift in terms of its attitude as a party; I think there’s a determination to take on the failures of austerity.

“So I think there’s lots of positives but I don’t think yet that the Labour leadership is offering a coherent alternative to austerity. It’s lined up behind the Tories on (the) real terms cuts to public sector workers pay which doesn’t make any economic sense. It will suck demand out of the economy when we need it most.

“So there are problems, but I do think there’s a common determination to take on the Tories over austerity. Certainly party activists are very angry about what’s happening to this country and there’s been a real shift from new Labour and the disappointments and betrayals.”

He goes on to say: “Labour lost five million votes since 13 years in power. The Tories only won one million votes in the same period. And if you look at the breakdown they kept many of their middle class voters, there’s only a small drop.

“Amongst skilled workers there was a huge drop of 21 points, so they haven’t defected into the arms of the Tories, some of them may have gone LibDem, and tragically some of them have gone BNP, but overwhelmingly there was a shift, people just stopped voting, and there’s a huge gap in class turn out. The poorer you are the less likely you are to vote, that has a huge impact on Labour because Labour proportionally draws their support from those groups, so unless they reconnect with those working people, Labour are not going to win another general election.”

I ask him what he thinks Labour needs to do to reconnect with these core voters.

“Building houses would create jobs, reduce the social housing waiting list and bring down welfare spending by not wasting billions on housing benefits lining the pockets of wealthy landlords.

“A living wage would also bring down the billions spent on tax credits which are a lifeline for millions but are a subsidy for low pay because firms aren’t paying their workers properly.

“An industrial strategy like in Germany where through an active state they’ve created hundreds of thousands of jobs in the renewable energy sector. Also, I think public services need to be publicly accountable. The railways for example rip off their prices at the moment because we’ve got a privately run inefficient railway system, public ownership would be cheaper because we spend four times more on public subsidies.

“Those are the key things that would help rebuild our communities and give us something to vote for.”

Mr Jones’ book, ‘Chavs: the Demonization of the Working Class’, spoke about the hostile discourse surrounding people claiming benefits, how can the left change this discourse?

“Well for me, that point I make in the book is the air brushing out of existence the working class in favour of this idea that everyone’s middle class apart from a feckless work shy caricature which is false.

“To me it always come down to voice and to power, because what we’ve also seen is that social problems have turned into individual failings, personal failings. So I’d like to see a platform, a voice given to people who are unemployed, to people who are disabled and are having their disability benefits taken away. In the first ten months of last year 1,100 disabled people died after being found fit for work. We don’t see that reality, we normally see disabled people who are claiming disability benefits portrayed as a bunch of scroungers, so we need to give a platform for people to counter that false stereotype and caricature.”

But how do we actually get more representative people involved? I ask.

“Working class people traditionally got involved in politics at the highest level through trade unions or local government but they got really weakened so we need to strengthen the trade union link in the Labour party to actually get more supermarket workers, call centre workers, nurses, bin collectors, people like that selected as candidates. There’s a responsibility on the trade union to train up their members, get them involved in the party and get them selected as candidates.

“To increase representation in journalism we need to abolish unpaid internships. Now unpaid internships have grown across professions which are a first step in the door to many aspiring journalists, but you can only do it, particularly in London, if you can live off the bank of mum and dad, so only the most affluent people can afford to do that. It stops working class people being able to get into journalism or the media, or other professions as well, so they’re completely unjustified and have to be abolished.

“We also need more scholarships. Particularly with places like City University where you have to do expensive qualifications like a masters for £9,000 a year on top of having to live in London we need to make this accessable to people from different backgrounds.”

What can students do to enact change? I ask quite innocently.

“I think students should organise together and link up with other campaigning groups, particularly trade unions, to fight for a just society, for a living wage, against unemployment, against austerity, against the cuts to rally around a coherent alternative, because you only change things through struggle from below, from people fighting from below. As I said yesterday, Frederick Douglass the 19th Century African American statesman said,  ‘Power concedes nothing without a demand, it never did and it never will.’ People have to fight, students must unite with other people, we’re all in this together apart from the people at the top. Otherwise the future of young people is bleak, it doesn’t have to be this way, so I’d say to people; don’t feel impotent or don’t feel despair, go out and fight because your future is at risk.”

At last year’s conference Owen Jones’ approach might have been considered heretical but now as austerity bites, it’s merely radical, and I wonder whether in a year’s time it will take a step closer towards Labour Policy, or if Labour will creep closer towards the centre ground.

Owen Jones is the writer of Chavs: The Demonization of the Working Class (2011) which was listed by The Sunday Times as the bestselling politics book of 2011 and is currently a columnist for The Independent.