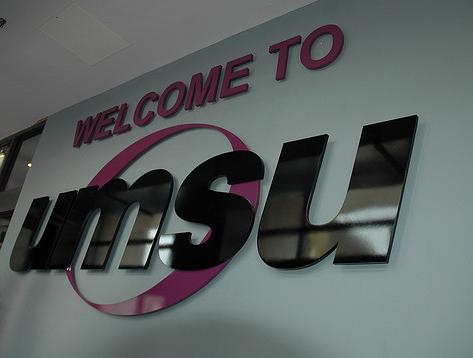 The Union will remain affiliated with the NUS. Photo: Jonny Whiting

An assembly of students has decided not to hold a referendum on whether the University of Manchester Students’ Union (UMSU) should remain affiliated with the National Union of Students (NUS), by sixteen votes to one.

The proposal was made online and then debated by a randomly selected panel of students. A vote under a three-quarters majority would have opened the issue for all students to vote for online.

Nick Pringle, general secretary of UMSU, argued against the referendum and said that he was “really pleased with the outcome”.

Several other Students’ Unions are unaffiliated with the NUS, including the Imperial College Union and The University of St. Andrews Students’ Association.

UMSU paid £55,000 this year for its affiliation with the NUS, though this figure allows it access to training for student officers and gives students access to the NUS Extra card for discounts at certain shops.

Affiliated unions are also able to make use of NUS Services, the commercial side of the NUS which buys products at cut-price deals. The NUS website claims that savings made from this service can “can equal – or even exceed – the amount of the NUS affiliation fee”.

Mr. Pringle said: “This year we estimate that the net financial benefit for the students’ union by being a member of the NUS is £120k. Just to put this into context, that amount is equal to the entire cost of the advice service combined with the entire societies budget.”

But Paul Beaumont, President of Imperial College Union, which disaffiliated in 2008, suggested that savings may be exaggerated.

He told The Mancunion that at a recent conference held at Imperial “your Education Officer, Luke (Newton), noted that our bar prices are the same as yours – even outside of the NUS bulk buying scheme”.

The proposal made to UMSU suggested that a “referendum would directly help create a much more representative, self-determined, democratic and accountable students union by giving students the opportunity to directly decide where significant amount of their money is spent each year”.