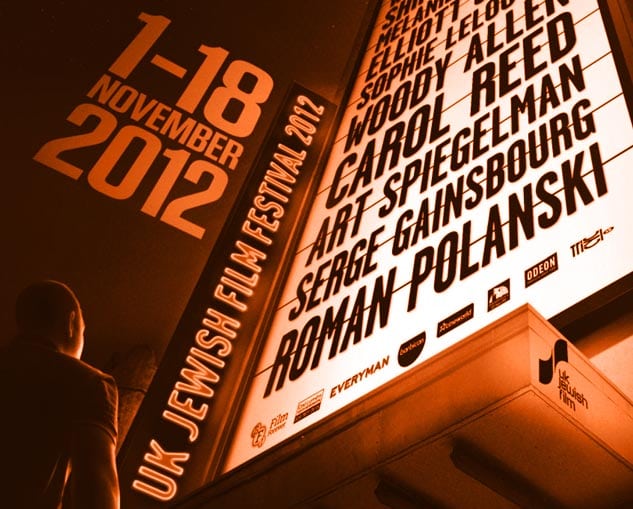 This November saw the return of the UK Jewish Film Festival, one of the highlights of the screen calendar. A slight exaggeration perhaps? Well, they’re Empire’s words not mine.

Screening several UK and world premieres along with many old favourites, as well as hosting debates and special events, the festival, supported by many of the most significant names in independent cinema, showcased an enormous range of top Jewish talent from around the globe. Previously it has been held exclusively in London, but for the first time the best bits of the festival were this year broadcast to cinemas in Glasgow, Leeds, Liverpool and, importantly, Manchester.

Creating the festival in 1997, founder and executive director Judy Ironside set up UK Jewish Film to promote Jewish cultures through the medium of film. Alongside the support of managing director Michael Etherton, she expanded the project from a yearly festival to a year-round organisation. Today the UK Jewish Film Festival is a coming together of all the hard work done throughout the year by UK Jewish Film, its partners, sponsors and anyone who has played a role in creating the wonderful stories that make Jewish film so exceptional.

In recent years, films such as The Infidel and television shows like Grandma’s House, Strictly Kosher and Jewish Mum of the Year have introduced the Jewish way of life to much wider audiences. This broader awareness of Jewish ideas and attitudes, Judy Ironside stresses, is what now makes the festival so appealing to everyone.

With the majority of the festival’s 70 films being shown in London, Manchester’s part in the festival may have appeared small. Yet the lack of quantity was far outweighed by the quality of cinema on offer, with four UK premieres and last year’s most celebrated film all being shown in the two Manchester venues.

Cineworld in Didsbury played host to two of these premieres. Russian comedy My Dad is Baryshnikov followed Borya Fishkin, a young Jewish ballet dancer struggling through adolescence in 1980s Moscow. Director Sophie Lellouche’s inaugural feature Paris Manhattan also played, and served as Manchester’s gala showing at this year’s festival. It told the story of Alice, an anxious, still single thirty-something pharmacist with a rather unhealthy obsession with Woody Allen, who in fact also stars in a cameo role.

The Cornerhouse offering delivered more UK premieres, including The Day I Saw Your Heart, a French comedy starring the fantastic Mélanie Laurent of Inglourious Basterds fame. Another, surely Manchester’s festival highlight, was The Price of Kings: Shimon Peres. Retelling the life of one of Israel’s most controversial yet long-lasting politicians, this documentary revealed the extreme sacrifices made by Peres during his political career in his attempt to balance his leadership and his struggle for peace with his personal life and responsibilities towards his family. The screening also included a Q&A with directors Joanna Natasegara and Richard Symons. In addition, after being so well received last year the award-winning David, a poignant, incredibly genuine exploration into the relationship between Jewish and Muslim communities in New York, returned to mark a marvellous end to the festivities in Manchester.

To find out more about the UK Jewish Film Festival or Jewish film in general, visit www.ukjewishfilm.org.