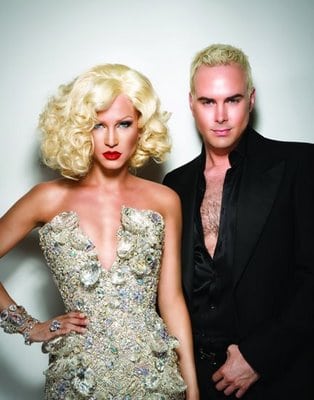 Drag: Is it Fashion?

Drag, not so much a trend as a way of life for those who do it, will probably never make it into the mainstream. From the ultra fabulous to the downright offensive, the fashion credentials of drag dressers are often overlooked because of OTT stereotypes. But with the feminine silhouette making its way on to the catwalk in many ready-to-wear menswear shows (you may have heard of J.W. Anderson, he’s only everywhere), it seems drag is finally having its fashion moment.

The art of drag, for it is truly an art, is only beginning to receive the recognition it deserves. So if drag is on the catwalks, does this mean it is fashionable? Cross-dressing is much more than an ill fitted bodycon dress paired with fishnet tights and makeup that can only be described as cakey. Done well, it is the ultimate example of statement dressing, breaking/questioning gender boundaries and forcing us to re-evaluate how we dress and why we do so. There was a time in which a woman wearing trousers was unheard of, decades later Androgyny in womenswear is considered seriously sexy. Throughout history, men have used drag as a form of self-expression, as a method of liberation against the social norm. Yet, for most people, when one hears the word drag we’re more likely to think of Alex Reid’s alter ego Roxy – an image no one needs to see- than a fashion icon.

Is this because all drag queens are simply too much to be taken seriously? No no no. Philippe Blond is a perfect example of drag done right; one half of the duo behind The Blonds (a label worn by Beyoncé and in SATC), his attention to detail in his presentation reveals the delicate and glamorous side of drag – he looks good and he knows it. Drag represents the fun and free aspects of the fashion world, the creativity channeled through Blond’s ensembles serves to remind us of this. The question on the tip of everyone’s tongue is how viable drag is as a ‘trend’, will it always be considered tacky and brash? The sentiment behind drag means it will certainly remain relevant in the fashion world, at least until a man in a dress isn’t considered abnormal. Like anything style related, we have disasters and triumphs – drag is no different. Yet daring looks, out-there garments and bold beauty will never go out of fashion.