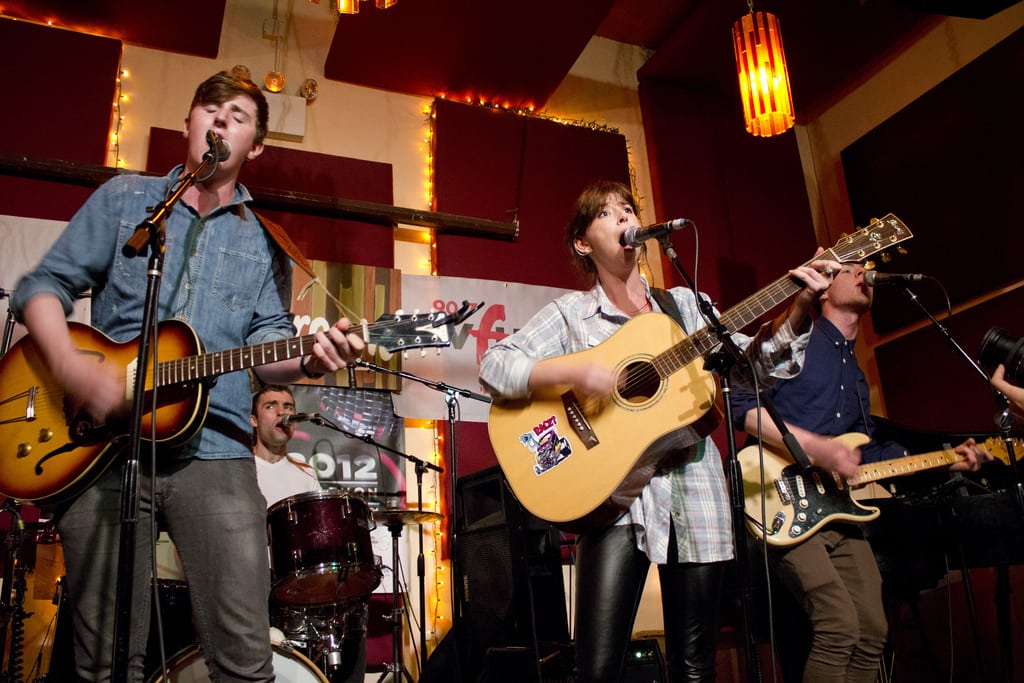 Hailing from Dublin, Little Green Cars are a country rock band nowhere near as naff as that label sounds. Capturing public attention and more importantly radio airtime with their single ‘The John Wayne’, they managed to convincingly fill out Manchester’s swanky Soup Kitchen.

Playing a relatively short set, under an hour in fact, Little Green Cars certainly left no-one wondering what their secret weapon was. The band is blessed in the Fleetwood Mac sense that they have two independently strong male and female vocalists, and as a collective they pull off some really tight, soulful harmonies. Although these harmonies will inevitably attract Mumford and Sons comparisons, this really is a disservice to a band with much more charisma; the vocals evoke a lovely Fleet Foxes soothing quality, but with more of a punch.

I feel that on occasion they do rely heavily on the harmonies to lift somewhat middle of the road songs. And with a lack of stage presence sometimes one can find their concentration wondering. Although Faye O’Rourke’ solo vocal performances mesmerize, with a touch of the Patti Smith about them, bringing across a real sense of emotion in her delivery.

Little Green Cars managed to vary their short set with enchanting a cappella moments, intense acoustic tracks and energetic kick ins. Predictably ‘Harper Lee’ and ‘The John Wayne’ are the highlights of the set, showing off a perfect blend of all the bands qualities. Sadly, I feel they are entering a rather saturated market and although they deserve further recognition I can’t help but feel I’ve heard a lot of the same before. Nevertheless if you’re sick of Mumford and Sons and you feel Band of Horses have gone off the boil, step forward Little Green Cars.