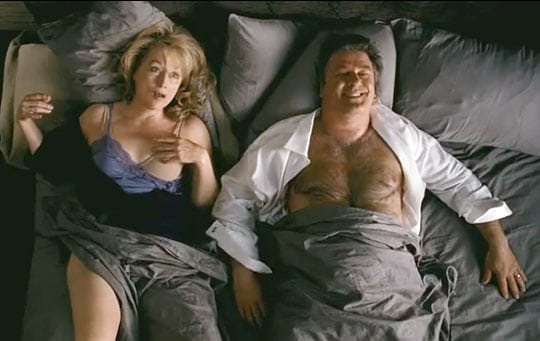 Dubbed by many as the ‘greatest actress of all time’, the career of Meryl Streep has been varied and critically successful. But personally, I just don’t see it. I would admit this with great hesitation, as many people will militantly support the validity of her career as I would support Sandra Bullock’s. I think it’s fair to say she has done nothing of worth in the last 10 years, merely a string of ‘comedies’ and impersonations.

Perhaps she peaked too early with an undeniably good film, Kramer vs. Kramer (1979) but her later works such as Doubt (2008) and Julie and Julia (2009) are more than disappointing for the ‘best actress of our time’. It can easily be said that her performance with Alec Baldwin in It’s Complicated (2008) scarred me for life as it sexualised Alec Baldwin in a way that made me feel physically sick.

I would by no means say I hate Meryl Streep or that she’s a horrifically bad actress, because she isn’t. But these days, loving Meryl Streep is something of an expectation and a given of every film-lover. It feels as though she made a few good films in the ’80s and decided she can’t be bothered anymore so she’ll just do whatever while she waits for her lifetime achievement awards to start rolling in. There are plenty of female actors out there who are much more deserving of her title.