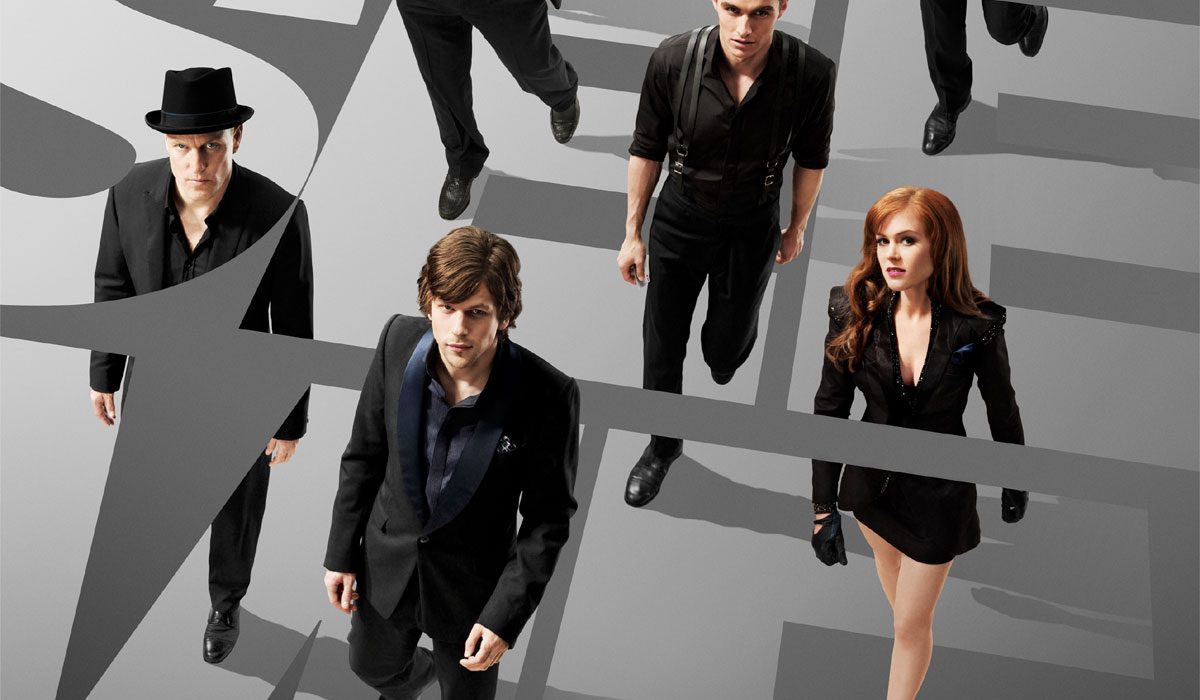 Whether you believe in magic or think it’s just one big bamboozle, Now You See Me (2013) will most definitely have you hooked from the outset, twisting your mind as you attempt to make sense of the sheer brilliance The Four Horsemen display on stage. With the abundance of blockbusters hitting the screens this summer, I predict this illusion fuelled thriller will be a massive hit and be enjoyed by everyone from your casual movie-goer, to the greatest film enthusiast. Premiering on the 21st June, make sure to mark the date and revel in the magic – you would be foolish to miss out!

Now You See Me tells the story of ‘The Four Horsemen’ – a magic-super-group who astonish audiences with their high-tech magic shows – pulling off a series of bank heists during their performances only to reward the crowd with the money. By exposing a white-collar criminal and funnelling all of his millions into the audience members’ bank accounts, the FBI attempt to launch an investigation against the group of epic illusionists before they stun the world with their spectacular final trick. As the film reaches its climax, who will succeed? Will the FBI be able to exploit The Four Horsemen, or will they be magically outwitted. In the words of Michael Atlas (Jesse Eisenberg) “the first rule of magic – always be the smartest man in the room”.

By enrapturing a similar mood and style of that of the recent hit Inception (Christopher Nolan, 2010), Now You See Me is an absolute must-watch for the summer. Beyond its fresh and innovative narrative that will have you gripped and wanting to look that even bit closer, Leterrier’s cast presents a force to be reckoned with. Add a bit of magic to your summer and make sure to check this out – even if you do not believe in magic, who doesn’t want to listen to Morgan Freeman’s philosophical words!

“Come in close, because the more you think you see the easier it’ll be to fool you”