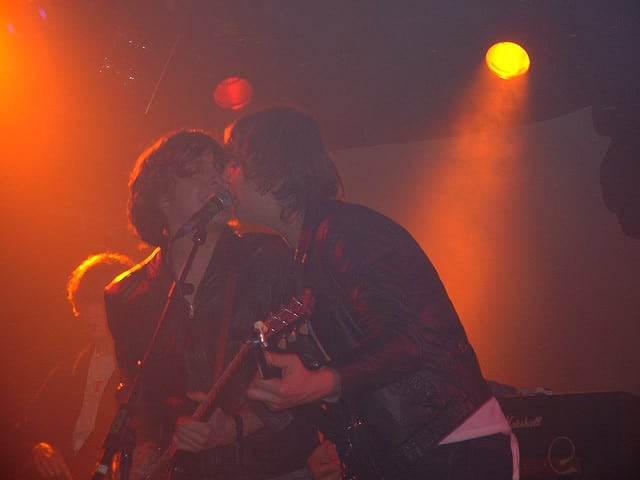 Opinion: Are The Libertines languishing?

Back in August 2010 The Libertines were busy giving chaotic, sweat-filled and action packed performances to energized crowds at Leeds and Reading. The anticipation for these performances was high, with the prospect of seeing Pete Doherty and Carl Barat reunite on stage being mouth-watering for many. The Libertines, reliable for once, delivered on all fronts and fans went home happy, hoping that the aftermath of this would be some new music or at least a tour. It appeared though that Pete Doherty was too busy with his acting and so Carl and Pete went their separate ways. What’s clear to me is that the band members’ musical endeavours after splitting have lacked the spark and dynamism that once made The Libertines so loved.

On the Wednesday of Freshers’ week, Carl Barat and Gary Powell (ex drummer and guitarist of the band) played, what I would describe as, a dismal DJ set at one of Manchester’s grottiest venues. Recently they have been dragging themselves to all ends of the country to give this half-arsed set of predictable indie pop songs. Who would have thought two years ago that two members of the band would be jumping up and down to ‘First Love’ by The Maccabees, in front of a crowd of university freshers, at Fifth Avenue? It felt like a desperate attempt to recoup every penny they could be relying on during the glories of yesteryear. There were some similarities to their set at Reading, in terms of the copious amounts of sweat, and the struggle to stand up – but the optimism of fresh creative output seemed to have faded.

Previously when The Libertines had split up, Carl and Gary formed the band Dirty Pretty Things with Anthony Rossomando. The band’s first album Waterloo to Anywhere was a moderate success, and received a warm critical reception. The album really gave Carl the chance to unleash his frustration at the erratic nature of the Libertines and a chance to write, without the bitter spats between him and Doherty getting in the way. However Carl’s only solo album is tinged with adolescence about ‘running with the boys, night after night’. Whilst Doherty’s solo effort did provide a glimmer of his song writing talent, his career has been on the downturn since writing ‘Fuck Forever’. The positive for Doherty is that he will always be an entertaining live act to watch – his recent show at the Academy with Babyshambles confirmed this.

The question on everyone’s lips used to be “when will The Libertines release a new album?”, but now this has changed to “is there a space for The Libertines in contemporary music?”. The most commercially successful British guitar band of the moment, Arctic Monkeys, seem to have constantly developed their sound with each album leading to a heavier, smoother finish. Can the Libertines following the same path? One last hurrah for the Libertines seems inevitable at some point, but would a return be worth it? At this moment, I’d suggest not.