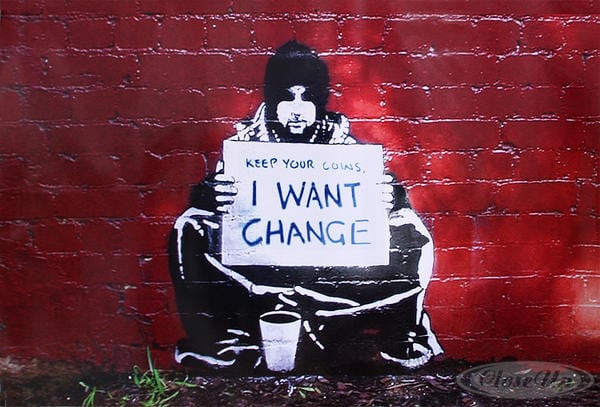 2000 homeless in Manchester, it’s time to take a stand

Last week I read that “If you have food in the fridge, clothes on your back, a roof over your head and a place to sleep, you are richer than 75% of the world.” Statistics show that in 2012, over 2000 people in the Manchester region were sleeping on the streets, living in shelters or on the cusp of being evicted – a 9% rise compared on the 1896 recorded the previous year. The exhaustive figures are undoubtedly higher than this.

Our perceptions of homeless people often revolve around the fact that that person has become homeless because of some fault of their own. The stigmatisation of homelessness has led to a societal opinion that those living on the streets should be marginalized, as their situation is a consequence of their own actions. In blaming the victim, we are blinded to the wider issue of the economic and social forces behind the operation. Several articles have highlighted these forces, which include unemployment, limited affordable housing, and breakdowns in family networks. It has been argued that social stigma “occurs in situations where there is unequal social, economic and political power and there is an opportunity to label, stereotype, separate (us versus them), lose status and discriminate”.

There is clear evidence to suggest that the problem of homelessness is due to the effects of capitalism. In 2004 the BBC broadcasted the report “Hidden Homeless Speak Out”. A number of situations were recorded focusing on homeless  individuals such as Graham McEvoy, 57, a man who “had gone from a 2 bedroom maisonette in Ruislip to sleeping in a cardboard box in the market of London’s West End”. Graham admitted that “If you’d have told me two-and-a-half years ago I was going to be homeless I’d have laughed my socks off and told you you were mad”. The crippling effects of debt drove Graham into homelessness, showing that the issue is not always about fault, but about the economic climate.
So, are we part of the problem? Is our societies’ attitude towards homelessness actually making the problem worse?  Jo Phlean performed an experiment, in which he presented hypothetical situations to the subjects to directly compare attitudes toward a homeless and a domiciled poor man. His findings included that the “strength of the stigma attached to the “homelessness” label equals that for mental hospitalization”. These findings are made more horrific when we consider that for most homeless people the issue isn’t actually personal attitudes, fault, selfishness or laziness but that their problems are actually somewhat due to decisions of the government.

The reality of homelessness in 2013 means that the recession is key to our understanding of homelessness, as 7.7% of the UK’s working-age population are currently both unemployed and in search of work. Despite an overwhelming number of people believing that homeless people are drug addicts and alcoholics, most cases of homelessness are instigated by high unemployment rates and other social problems, which then prompt further social problems for their victims. ‘Student Action’ are a society at the University of Manchester working to help the community and arrange a variety of weekly and yearly projects which include feeding the homeless. To find out more about getting involved, visit the Student Union website and search for ‘student action’.