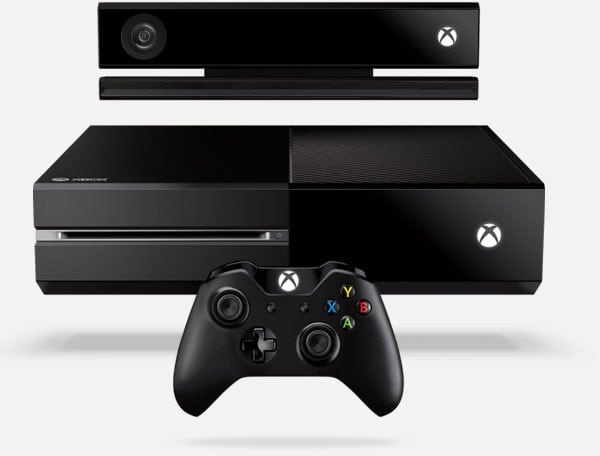 To understand why Microsoft will win this generation’s “console war”, we must first ask ourselves; why won’t Nintendo or Sony? With the Xbox One rolling out across the globe last week, and the PS4 finally reaching UK shores on Friday, is it even possible to predict the winner at this early stage? The answer is probably not, but there are some pretty strong indicators that might give us an idea of how the next few years in gaming are going to go.

Why won’t Nintendo win the console war? I love Nintendo. Regular readers of the section will notice that almost all of my nostalgic Retro Corner pieces have been games on some form of Nintendo platform. I’ve always been a fan of their games and I always will. So it is with the greatest of love that I say; they’re stupid. Whoever is in charge repeatedly makes decisions that keep Nintendo stuck in the past when it comes to home consoles. The issue isn’t so much in the hardware. Their decision to opt for less power in the Wii U to reduce cost is reasonably sound, although it does mean that again Nintendo console owners will miss out on proper versions of the big multi- format releases. Fortunately, Nintendo have an unbeaten track record of producing first party exclusives that have been trickling out for Wii U recently, and will hopefully form a decent number by spring.

No, the reason Nintendo will not outperform their competitors this generation is bad management. Let’s start with the name. The marketing focus on the gamepad, and indistinct name have caused a lot of confusion. The general public don’t seem to even know that Wii U is an entirely different console to the Wii. This leads us onto the second major problem. Nintendo were still hoping to keep the huge audience that they captured with the Wii. What they didn’t seem to realise is that the very same audience is largely not the type to worry about upgrading to the latest hardware. If the Wii was the first games console you’d ever bought, you probably weren’t feeling pressured into buying a new one any time soon. Unfortunately, Nintendo’s aspirations to retain this market have lead to other hindering decisions made over the Wii U. It’s online aspects are non-existent. Today’s gamers expect connectivity and some freedom, with regular online content releases and social networking all at the push of a button. The Wii U struggles to offer any of that, and it’s only now, a year after launch, that there is even any proper connectivity between your online accounts for Wii U and 3DS. Another setback is the aforementioned lack in power. The lower specs turn off gamers who would want to experience the highest potential big third party titles such as Call of Duty, Assassins Creed and Watch Dogs. These customers will no doubt choose the competition. The cheaper price tag that comes as a result of this sacrifice hasn’t helped the Wii U gain any ground, with rather lacklustre sales after a year on the market. For £200 with a game, the console is becoming increasingly viable, but many gamers will probably wait until after their purchase of an Xbox One or PS4 before they think in investing. And so, Nintendo won’t be winning this console war.

Well then, why won’t Sony win the console war? In short: they’ve played it incredibly safe. Summer was a PR dream for them. With Microsoft fluffing their lines, the way was clear for Sony to snatch the lead. And they have certainly convinced many gamers to choose their console over their biggest rival. Day one sales of the PS4 in the US were said to be over one million units, a record breaking figure. Initial momentum is on Sony’s side, and they’ll almost certainly win the launch day battle. But this is a war. The PS4 system itself isn’t very revolutionary. As with previous efforts, Sony have improved the performance of the Playstation and little else. It’s new software features are understated, most if not all of which the rival Xbox One can do, and more. It doesn’t have many unique features, and the launch line-up doesn’t have the same promise that the PS3’s game library has. And this brings us on to the big question.

Why will Microsoft win the console war? Evolution. Microsoft have simply put more time and effort into improving their hardware to provide a product that hasn’t been offered before, and I’m not talking about Kinect. The Xbox One can draw on the power of the 300,000 cloud servers to boost its performance. As it grows older, it will grow stronger than the PS4 in the visual and processing departments. Provided Microsoft secure some games to take advantage of this, they should look forward to a healthy number of PS4 converts, while Sony may not be so successful in converting Xbox One owners. Microsoft have also landed exclusives such as Titanfall, Dead Rising 3 and Sunset Overdrive (the next big game from Ratcher & Clank and Resistance developers Insomniac) whilst also making sure big releases such as Bungie’s Destiny, Kingdom Hearts and Final Fantasy don’t become Sony exclusive. And that is how Microsoft will win the console war.