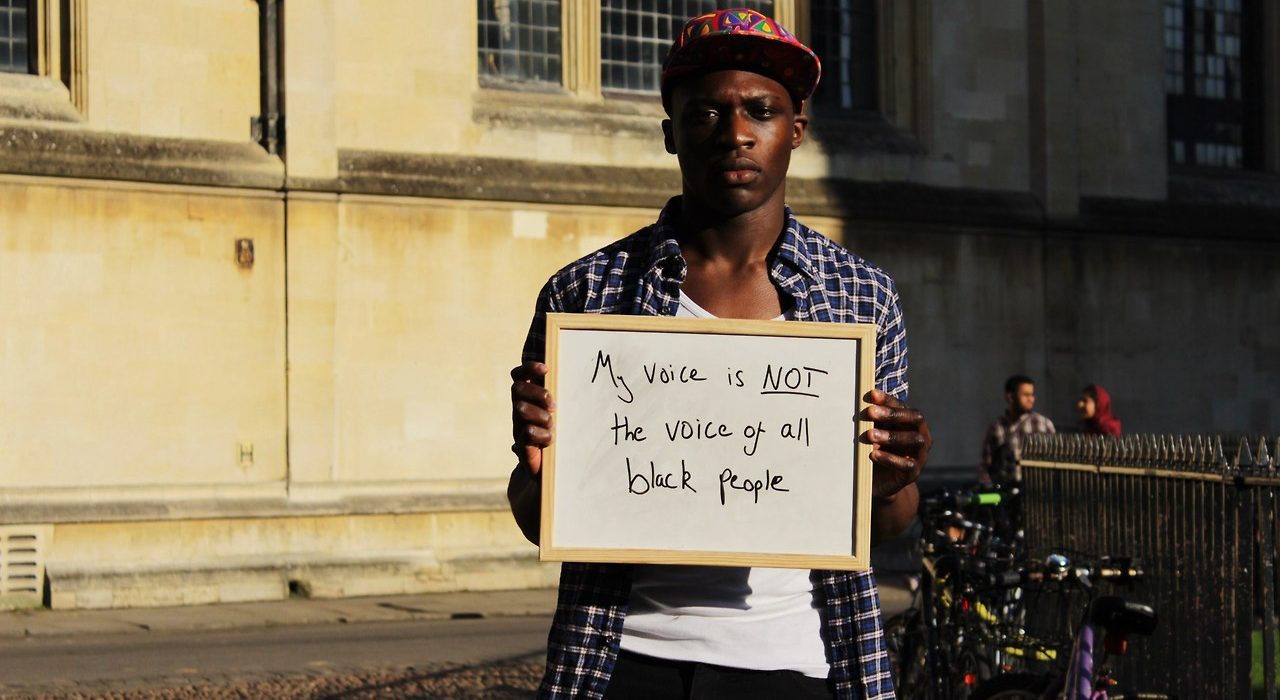 I, too, am prejudiced

The most powerful social movements are often the most simple. If you remember the ‘I need feminism because…’ campaign that swept campuses last year, you’ll remember how striking putting a face to a very real account of prejudice was. Students around the world are currently echoing this campaign in an attempt to tackle another, arguably more damaging, form of prejudice. The messages written on the white boards at Harvard, Oxford and Cambridge suggest that even for some of the most educated people in the world, racial prejudice is by no means history

What is so remarkable about many of the accounts you’ll see in the ‘I, too, am…’ project is that the questions asked by white students are rarely motivated by disdain or dislike. Our popular understanding of  ‘cultural sensitivity’ means that we believe we are being considerate of the unique perspectives of our ethnic minority peers when we ask probing questions like the all too common ‘where are you really from?’ But while this question may provide a fascinating insight into the life of a Nigerian study abroad student, for the son of Iraqi parents born and raised in Birmingham the answer is, well, right here and the question is downright offensive.

No matter how well meaning, the question was prompted by that person’s skin colour and that’s something we all identify as racial prejudice – yet it happens every day and I will certainly admit to doing it. More to the point, by asking the question you are assuming, because of their skin colour, the person cannot really be ‘from here’.  It’s reinforcing a racial segregation that shouldn’t exist in the first place.

The project has also revealed how much of a negative impact the proliferation of urban culture has had on the experiences of minority students. The assumption that white students understand their minority counterparts because they’re a fan of a handful of artists with similar coloured skin is astounding. I look near identical to a particular country-western artist and yet no one would suggest  that I’ve had a remotely similar experience to a girl raised on a farm in rural Oklahoma. Yet, as on student from Harvard described, if you can’t rap Jay Z lyrics you’re legitimately accused of being ‘less black’ – as though your unique identity is something that can be measured at all.

On the flip side, some people go for the educated insight instead. They’ve taken one semester of cultural studies and therefore think they can provide a perspective on someone’s background that is more enlightened than that person’s own view. The 21st century form of prejudice swings both ways; we either reduce minority culture down to the accounts of rappers from Atlanta or we present it as an academic subject, beyond even the minority students themselves.

The biggest revelation of the project has been just how casual our attitude to prejudice really is. We assume that, as long as we’re saying something positive about a culture, we can’t possibly be being prejudiced. Yet, when we define anyone by their skin colour, whether positively or negatively, we are reducing their identity down to a single factor. Although it’s something we’d never want done to ourselves, we do it freely when ethnicity is the factor in question. The ‘progressives’ who ‘don’t see’ skin colour are doing just as much harm. If you ignore one of the key elements of someone’s identity, you are diminishing that identity. It is you that has decided that an aspect of someone’s experience is unimportant.

The conversation over racism has been so simplified due to decades of segregation and abuse that, when faced with someone from a minority background, we begin panicking about being sensitive enough. In doing this, we are still only seeing skin. We need to move the conversation over race forward. We need to see people as individuals and let them tell us, if and when they want to, what role their racial background plays in their identity.

Of course, there are still instances of outright racial ignorance. The idea that someone would ‘speak Nigerian’ is appalling when you are aware of how many cultures and languages come together in African nations. Similarly, confusing someone from a minority background for another minority student often reeks of lazy generalisation and reflects a habitual practice in our society, more commonly associated with the police. This isn’t made easier when minority students’ achievements are undermined on the grounds that they were ‘probably’ the result of positive discrimination.

Yet while we are all quick to condemn these explicitly racist instances, it is our lazy generalisation that reflects most poorly on our society. When someone is being ‘racist’ in the traditional sense they are immediately criticised. The prejudices that most of us engage in, with the mistaken goal of being culturally sensitive, perpetuate the otherness of minority students in a way that explicit racism never could.

So the next time you encounter someone with a different skin colour to your own, pause for a moment and consider the questions that intuitively come to mind. I, for one, almost always wonder where that person is ‘really’ from. The ‘I, too, am…’ project has finally shown me just how ignorant that really is.

Image: I, Too, Am Oxford

Tags: campaign, Harvard, I too am, oxford, prejudice, Racism, students