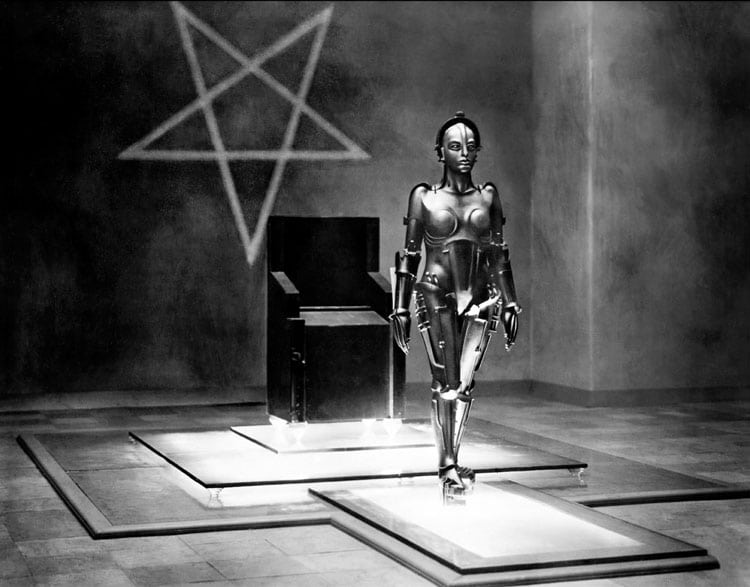 Western society is currently going through tough times. It has to completely rethink its culture, economic and political system. Yet such turbulences may cause our society to evolve into something less pleasant; indeed it is often easier to turn towards an easy choice, which will ultimately cause more problems than solving them. It is therefore not useful but necessary to see the risks of such evolution in order to catch up with our reality and our common sense.

This is achievable through movies. Movies were traditionally the gateway to hidden political messages, which may act as warnings against unwanted changes or may cast our sight towards hidden-away flaws in our society. This has been achieved since the dawn of cinema by great film directors, who did not fear to speak out about their political beliefs even if it might have come with the price of budget cuts, loss of fame, exile and other threats.

Lang for instance, warned the Germans about the rise of Nazism in M as well as addressing the issue of the workers conditions in Metropolis. On the other side of the Rhine, Renoir dared talk against the affirmation of WWI being the last war in La Grande Illusion.

However, contrary to these pioneering times, critical movies nowadays tend to be relocated to the artistic segment of the cinema scenery. These movies should be more allocated to the mainstream segment where they will have a greater impact. And if so, they should target specifically and realistically a trait of our society instead of displaying an aspect which does not exist or a society which is unlikely to happen, such as in Gilliam’s Brazil, which despite criticising a few ‘common’ aspects, just humoured an over-bureaucratic society; which is the least possible scenario of our world’s evolution.

Directors should have the courage to say, “this is where we are heading,” to the masses, to be responsible towards them and not just see their public as mere wallets ready to transfer their content (and time) into their pockets. Cinema is an art and as such should not disdain addressing political and societal problems openly and not simply touch on them lightly like in Blomkamp’s deceiving Elysium.

Cinema feeds on the ever-changing technological evolution and breakthroughs, and should properly exploit them to offer to the viewers enhanced experiences of possible futures. Some have done it before with tight budgets and capacities; thus making less understandable the compromising of one’s talent and soul for profits, by displaying endless special effects and undermining the plot of the movie.

We may then draw the conclusion that cinema should not only be responsible towards the audience but it should also regain the once full critical capabilities it had and become more than mere entertainment; it should show us the perils of the future, allowing people to work at them in order to keep these scenarios as they are. We need more reflective movies.