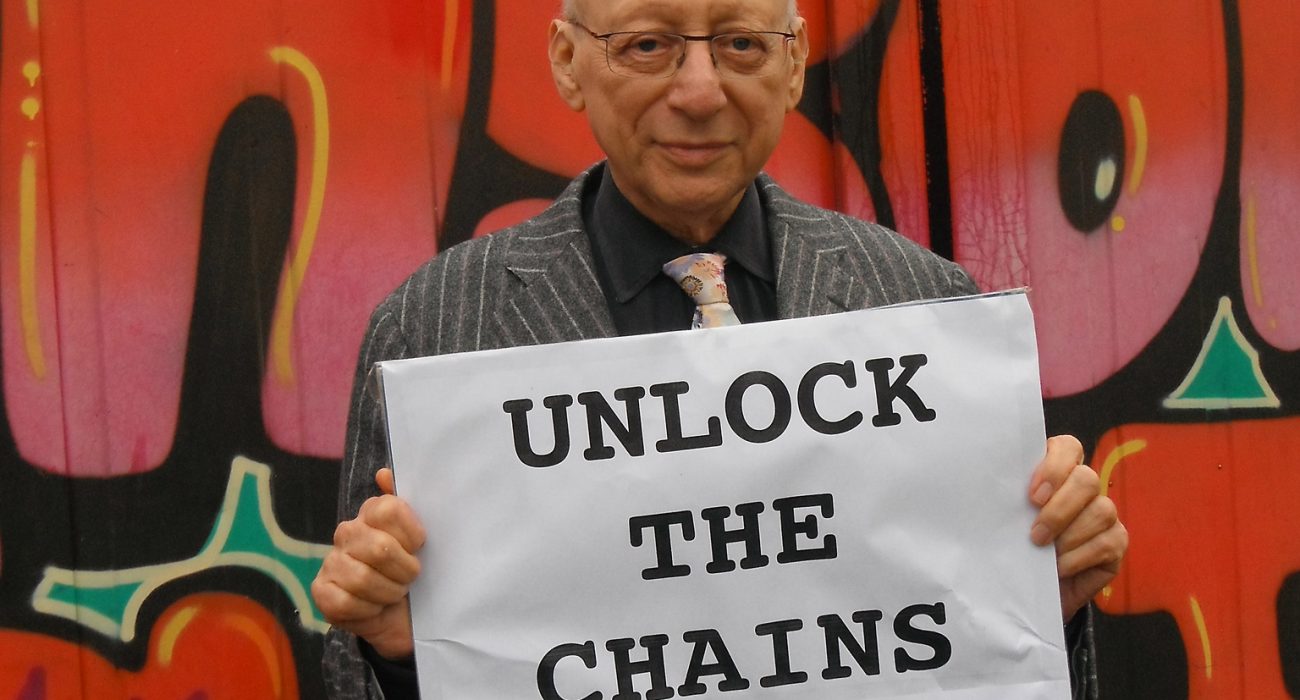 Despite being 84, Gerald Kaufman is still as sharp as he’s ever been after 44 years in the House of Commons. The son of Jewish immigrants who fled Poland before World War I, Kaufman grew up in Leeds and attended the Leeds Grammar School and Oxford University. An outspoken supporter of the Palestinian state, he has had a varied career, working for The Daily Mirror and writing for popular TV satire That Was The Week That Was. I met Gerald Kaufman after his MP’s surgery at Gorton Library.

I’m standing at the next election because [the constituency Labour Party] twisted my arm to stand, and they even twisted my arm as to when I should announce it. It’s not just because of that; I feel that I may be of service to people and that’s fulfilling.

Secondly there are issues that I want to pursue in Parliament; local, national and international issues, and I get the opportunity to do that. I don’t look head to the future, I just take things as they come.

I find what goes on at Westminster too often futile and pointless but you can make an impact there and you can get things done if you raise things in the right way. But it’s what happens in the constituency that keeps me interested. What keeps me going there is what happens here.

On the current political atmosphere

When the Queen tapped me on the shoulder 10 years ago now to make me a knight, she said to me, “you must have seen a lot of changes in your time.” I said, “yes, but not all for the better.”

I don’t like the way the House of Commons operates now. I don’t like the fact that there are ridiculous [four or five-minute] limitations on the lengths of speeches from backbenchers, for example.

There isn’t really debate in the House of Commons. When I first went people would have debated with each other—but now people are looking at the clock the whole time to see how their four minutes are going.

This is a bad Government in terms of its responsibility to Parliament and I have had to raise that with the Speaker in Parliament on a number of occasions.

I was a friend of Tony Benn for a considerable number of years. But then, in the late 1970s, Tony Benn, rich—he’s just left £5 million in his will, in addition to his country estate in Essex which he’s left to his family—and the son of a peer, [a peerage he] very courageously worked to get rid of, discovered the working class.

Since I have been a member of the working class, I have never had to discover them and regard them as Benn appeared to regard them, as Noble Savages—they are just people as far as I’m concerned.

He nearly destroyed the party when he took over leadership of the left and then stood for the deputy leadership. I would have left politics if he had been elected but fortunately, he was defeated by a fraction of one per cent.

I used to appear on platforms with Benn about Palestine, and on one occasion he said to me, “I’m liberated from being regarded as anti-Semitic when I support Palestine, because I can say Gerald Kaufman supports it.”

Well, everybody has his uses I suppose.

On the Israel-Palestine conflict

This government refused to participate in the vote [to recognise Palestine]. They banned Conservative MPs from participating in the vote.

We passed that resolution and the important thing was not only that it was a decision by the UK Parliament, regardless of what the Government does, but since the leader of the Labour Party officially voted for recognition, if we get a Labour Government next year then, unless they do it automatically, which I hope they will, there will be very great pressure on the Government to formally recognise the Palestinian State in the way that the Swedish Government has just done.

I long ago gave up hope for the Israelis participating in a negotiated solution. This Israeli government is the worst, in my view, there’s ever been—extreme right wing, chauvinistic. It’s now closed down the Al-Aqsa mosque area in Jerusalem, which no one has ever done before.

[He] has been a total waste of space on most things actually including the closing of the Guantanamo Bay imprisonment camp.

Panta rei means everything flows; you can’t rely on things staying the same. Whoever would have thought that the Berlin Wall would have come down, that freedom would be given in South Africa, [or] that we would get a relatively peaceful settlement in Northern Ireland?

My own view is that the day will come when the Palestinians, who have already revolted twice, will say, “if we’re going to die, let’s die for something.” And if that happens then all bets are off.

I simply say do what you can. Something is more than nothing. Don’t regard efforts or individual efforts as futile, everything counts. If you try you may fail, but if you don’t try you will fail.

I get quite a lot of letters from Jews and quite a lot of e-mails from Jews in the US supporting what I say and what I try to do and [they] say, “no American congressman would ever dare to say what you say, because of the pressure groups. There was an article a few weeks ago, about the way in which the principal Jewish pressure group, the AIPAC, is weakening its impact.

As Hitler proved, if one converted from Judaism, as far as the Nazis were concerned, they were still Jews and still liable to be put in concentration camps and death camps.

I wrote for the comedy show, That Was The Week That Was—that was a fantastic opportunity for me, which I made for myself.

On the first night it was broadcast I visited my mother in Leeds—there were only 2 channels then—and we sat there watching That Was The Week That Was and I said, “I can do this.”

That was a Saturday night. I thought up an idea and rang the BBC and asked to speak to the producer, Ned Sherrin, from my office at The Daily Mirror that Monday morning.

He had no idea who I was and I told him that I had this idea for a sketch and he said “write it and I’ll send a taxi in the morning to pick it up.” No e-mail, no fax in those days. It was broadcast on the Saturday night and then most Saturday nights I contributed sketches.

On the education system

I was fortunate enough to win a scholarship to Leeds Grammar School which was a fee-paying independent school and I would never have got near it if I hadn’t won a scholarship.

I don’t want to close [fee-paying schools] down. I can’t say I’m thrilled by the status of Manchester Grammar School which I represented for 44 years but which had nothing to do with me for a very great time.

As long as the state system provides a satisfactory education for young people, then I’m not going to say that fee-paying schools should be closed down.

I won what was called an Exhibition to Oxford, a kind of scholarship. I’d have never got near it if it depended on getting money and my parents paying.

When I was a undergraduate there were just over 100000 university students in the country and there are now a million and a half, so that creates certain problems.

That’s no excuse for what has happened over the past few years. This Government’s abolition of the EMA means that young people have had opportunities of going to higher education taken away.

I would very much like to see university education being free, but I don’t see it happening and it’s certainly not happening under this Government.

I hope that if we get a Labour Government next year, they will ameliorate the situation, [but] I don’t think we’re ever going to go back to the kind of opportunities I had, because very rightly, the aspirations of many young people are much greater than they were when I started out. 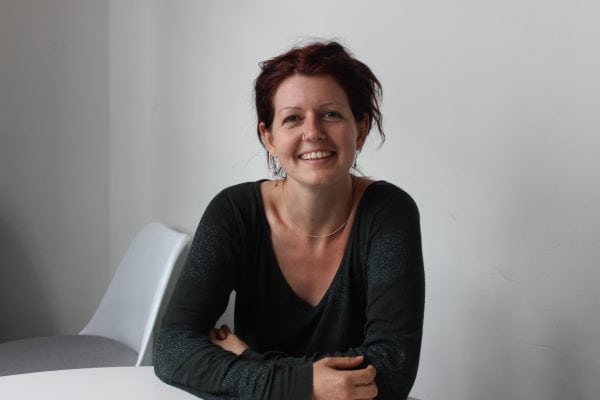 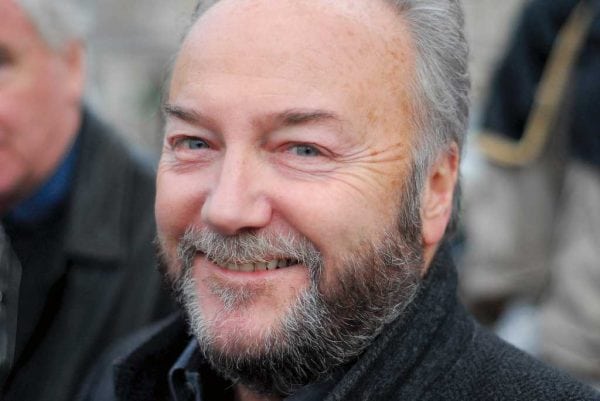 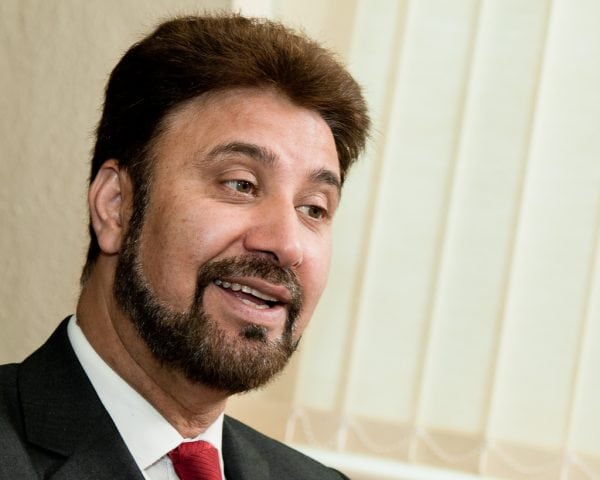 Tags: gerald kaufman, house of Commons, israel, judaism, labour, mp, palestine, that was the week that was, Theresa May, Tony Benn