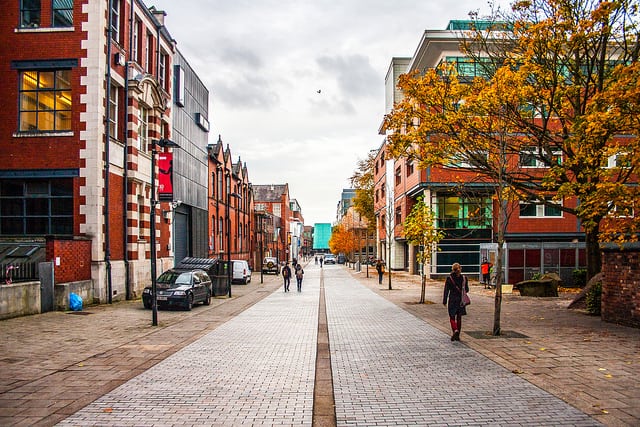 Mental Health, as shown by the Student Union polls on the subject, is one of the subjects that most worries the student population. Some people blame the University Lifestyle for this. And I can see why. I am now isolated from my family, my closest friends, and economic stability.

My security blanket, as it were, is exactly a hundred miles away. And yet, I’m absolutely fine. Perhaps I’m not the wildest party animal, and perhaps that shifts my perception. But hear me out.

I’m certainly not about to argue that the University lifestyle is necessarily good for a person’s mental health. I don’t need to be a psychology student (although I very nearly was) to understand how the human psyche can be massively affected by such a huge change in a person’s life.

Economic uncertainty, an issue that plagues many students, is incredibly stressful. The sudden breadth of independence means that peer influence is very strong, and that can have both good and dangerous consequences.

Stress is, far more than people realise, a huge influence to a person’s mental health. Poor sleeping habits, poor eating habits, excessive alcohol consumption (and, yes, I do myself feel hypocritical even mentioning that), or drug consumption all can cause, catalyse, or prolong mental health issues.

I’m far more independent now. If I want to do something, I just can. It’s an incredible breadth of freedom. If I don’t want to do anything, I also don’t have to. This is a significant change.

But I don’t think that labelling ‘University Life’ as a merely composed of these facets—alcohol, poor social habits, and economic hardship—is fair. Nor, I believe, is it justified to ignore the real reasons behind mental health problems.

The economic pressure of university is not a product of its own creation—it is the fault of the Government and a fault of secondary schools for not preparing students for the economic realities of the ‘Big World’.

Not once did anyone sit me down and explain to me the concept of debt, overdrafts, weekly spending, disposable income, or budgeting. I picked them up quickly, but others have not. We are pushed into the great wide world really quite unprepared for it. This is scary. We are going to make mistakes. And, ultimately, such mistakes can spiral out of control.

The ‘University Lifestyle’ is not to blame. It in fact opens up a huge amount of opportunity for personal growth and wellbeing. Exercise is often cited as one of the best ways of combating stress and unhappiness and at university the opportunities to do a variety of exercise is unparalleled.

You have the opportunity to meet a wide range of people and try a hundred new things. Logically, this should be a non-issue—the atmosphere of a university should provide the exact opposite of mental health issues. The issue is this lack of preparation.

We cannot blame the culture of university for this. Getting wasted is a cultural phenomenon, whether you are at University or not. Drug taking is an entirely different matter altogether, and to oversimplify it as ‘University Lifestyle’ is a dangerous precedent.

“Mixing with the wrong crowd” is going to happen wherever you are. And unless you plan never to leave the town you were born in, being independent for the first time is going to be an experience you have to go through whether or not you go to university.

No, the problem is not the culture of university. It is the incredible amount of change and the incredible lack of preparation for it. I do not want to start claiming that University does not have problems, and I would be the last person to belittle the complex issues of the human psyche. It is because of these reasons—not in spite of them—that I do not believe university life causes mental health issue. The real reasons are far, far more complex.