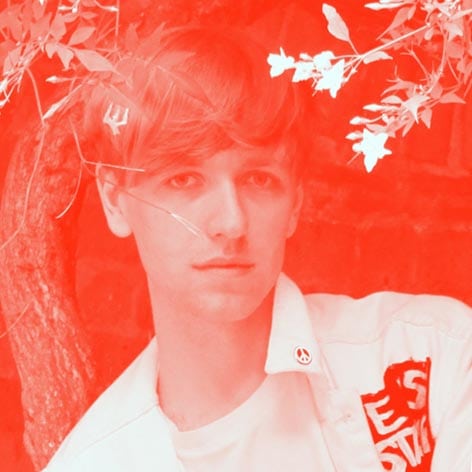 The transition from jagged, bare-bones production to brooding, woozy song-writing was never going to be a smooth one. Despite Jam City aka Jack Latham’s claims that there were clear signs for this being the logical next step in his music, the release of ‘Unhappy’ last October – with its jangly guitars and politically charged vocals – being greeted with widespread bemusement tells another story.

His second album Dream A Garden has some remarkable high-points, but ultimately it seems a little intermediate. A producer making an evolutionary movement along the sonic food-chain, but not quite being at the stage of the assured and fully-formed apex predator.

The signs of a disenchanted fan base are present tonight: last time Jam City performed at Soup Kitchen in November 2013 he played an all night long DJ set to a sold out crowd; tonight his live set draws a modest attendance of barely quarter capacity. Or maybe that’s just the nature of live gigs vs. club nights in electronic music?

Either way, the live show feels undercooked. Opening with sampled news bites detailing events on the “streets of London” amongst throbbing bass notes, the political message is lost amongst the underwhelming performance. Dream A Garden highlight ‘Crisis’ is stunted by untidy arrangement; Latham hangs off the microphone, knees bent, with the actions of an emotive frontman, but the sounds produced are hazy and unengaging – the audience’s decision to hang back around the outskirts of the venue reflecting this.

Write Jam City off at your peril however, I have full faith he can pull off this new direction. Latham already has one seminal album under his belt, this live show is just a step on the way to his next.