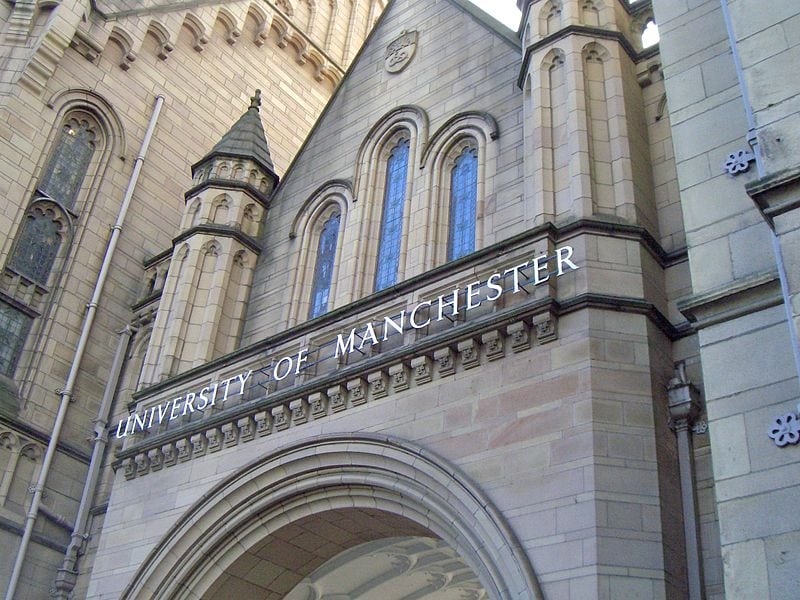 The university and the city alike have a huge amount to offer. Photo: Wikimedia Commons

When the last drink has been drunk, when Pangaea has exploded into to a carnage-induced peak and when the embers of Welcome Week are just struggling to glow hot against the cold wind of the first week of lectures, the fears surrounding university will, for many, have disappeared. Saying goodbye to your family will feel like it was an age ago, you will have met new and interesting people, and, despite the near constant rain, Manchester will start to feel that little more homely.

Starting a new life, in a new place, is scary for almost all of us. 26000 students left their university in 2014 during their first year, evidencing the fact that any fears you may have are by no means exclusively your own. However, 26000 is just 6.7 per cent of first years joining higher education. While thousands leave each year, many thousands more flourish, carving out a place for themselves in what begins as a seemingly vast and impenetrable place.

Carving a place out for yourself is perhaps the most daunting aspect of arriving at university. Given the fact that you are joining a student community of just under 40000, that is a completely understandable fear. Being dropped into a pond that size following school or college is comparable to dropping your goldfish into the sea and expecting it to flourish. That said, accepting it and carving out your niche is undeniably preferable to sitting fearfully on the periphery, afraid to dip your toes into the water.

“Join societies” is an overly perpetuated phrase, hammered home to the extent that it can begin to sound like an awful and completely inescapable broken record. It is, though, the best way to define yourself in a crowd. Nobody looks at a member of the Pirate Society, dressed head to toe like Jack Sparrow hit hard times, defending the University of Manchester’s reputation against rival universities’ far weaker crews, and thinks them to be boring. If sea shanties aren’t for you there are another 400 societies to choose from, of which one will almost certainly tickle your fancy.

Missing the Welcome Fair in favour of hiding away from the admittedly intimidating campus is the first mistake you can make, ensuring that you won’t hear about the opportunities available to you. Rather than looking back, as with the benefit of retrospect I do, at a Welcome Week spent spending eye-watering amounts of money in bars and sharing the contents of your fridge with prospective friends who you might never see again, making a lasting commitment to an interest is far more beneficial.

There is an alternate temptation in first year. To launch yourself into the dizzying and confusing world of academia with the gusto your teachers imagined you would have for your GCSEs is tempting. Given the imposing language used by Sixth Form teachers the nation over to describe university, the prospect of having to compete with your coursemates to impress your lecturers is a daunting one.

Like your GCSEs though, everything will be okay and while by all means we should be trying to achieve at university, making sure you don’t get to know the library better than the people you have come to meet is equally important. First year of university is first year, and while lecturers who pick up and read this might be calling for my head, it is a time for experiencing the city and trying new things to just the same extent as it is for education. Don’t hit December and realise you’ve read everything there is to know about your modules but forgotten to meet new people and try new things. You’ll regret it, and it takes a huge amount of effort to catch up.

Manchester is a bohemian city. It is the beating heart of the North’s liberal outlook. Undeterred and dismissive of attempts to reel in its influence it has spawned musicians, artists, actors and as Mancunian lyricist and BBC bedtime raconteur Guy Garvey says, “They return the love around here.” To be different is less a crime and more a challenge in this city, so as cliché as it sounds, don’t be afraid to be yourself. If, like me, you came from a post-industrial, cultural wasteland or if you are from a sedate, countryside village but have always wanted to step out and do something extraordinary then you have picked the right city.

To borrow another quote from Mancunian folklore, Manchester is “a city that thinks a table is for dancing on” so make sure to enjoy your stay.

Arriving in a new place is terrifying. I don’t mind admitting that as the well-worn fire door of my first year accommodation swung closed, as I watched my parents disappear away back to the comforts of home, my heart sank to my stomach. However, what happened in the next ten minutes, and in the two years that followed, was one of the most incredible experiences that I could have hoped for.

None of it would have been possible had I not thrown off my inhibitions and thrown myself into the university. There have been good days and bad days as there will be for everyone but make the most of it because there truly is no worse experiences than the ones we are too afraid to have. Welcome to the university and welcome to Manchester.