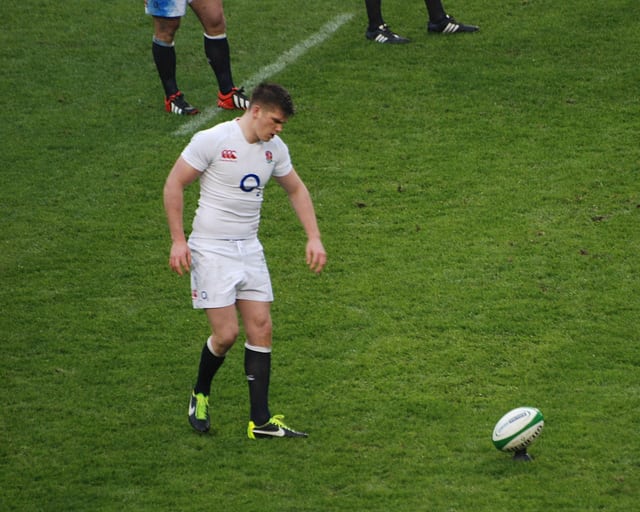 England vs Australia: The preview

You would have had to have been brave, or Welsh, to predict that England would lose to Wales in their second match of the Rugby World Cup. However, with the tournament on the line, the team must make every attempt to erase the memory of Saturday’s soul-destroying defeat. The perfect tonic would surely be a win against Australia.

Undoubtedly, this will be one of the biggest England-Australia clashes in their histories, bringing to memory the belligerent and gritty English win at the 2007 World Cup and the drama and ecstasy of the 2003 World Cup final.

Are we in for another Wilkinson-esque drop goal finale from the current fly-half Owen Farrell?

Drawing on these previous World Cup successes, as well as home advantage, will be obvious sources of motivation for the team.

In terms of team selection, injuries as well as performances will result in an altered line-up. It is highly speculated that Jonathan Joseph will return at outside centre, replacing the bulldozer Sam Burgess. Meanwhile, Owen Farrell will retain his position at fly-half after a perfectly executed game against Wales, scoring five out of five penalties, a drop goal, and a conversion.

Moreover, injuries to Courtney Lawes and Billy Vunipola will result in their replacement, likely by Joe Launchbury and Ben Morgan. Scrum-half Ben Youngs will have his fitness assessed later in the week. The energy he provides, if fit, will certainly be important in achieving victory; he will be replaced by Richard Wigglesworth if not.

The probable team to play Australia:

While Burgess was selected last week to neutralise the mighty Jamie Roberts, the need to win has led Joseph, a try-scoring threat with pace and trickery, to be included. This change also allows Brad Barritt to move back to inside centre, his favoured position.

If Joseph is selected ahead of Burgess, it will be the 18th different centre partnership during the Lancaster reign. While it could result in the victory England require, Lancaster’s huge indecision over selection since becoming head coach is already being questioned. Injuries are a part of sport and must be accommodated for; yet, it is fair to say that Lancaster is still unsure of his ideal 1st XV.

With the number 8 position, England are blessed with several high quality players. The loss of Vunipola, a powerful player who continually breaks the gain-line, is easily counteracted by dynamism and scrum-control offered by Ben Morgan.

The Australian team have had the luxury of easy opposition in their opening two matches. Although a slightly laboured performance, they came through comfortably against Fiji 28-13 in the opening match. Their latest match against Uruguay was a try-fest, ending with the score 65-3.

The Australian coach Michael Cheika made 14 changes to the team for the Uruguay game. This will make England’s task all the more formidable, because the Australian team for Saturday will be composed of fully-rested players.

Australia went into the World Cup as one of the favourites for the tournament, particularly on the back of an impressive victory against New Zealand. Full-back Israel Folau is a real threat to England, his prowess under the high ball as well as his speed will present a big problem.

Furthermore, the Aussie back-row of Hooper and Pocock are in great form, the latter scoring twice against Fiji. Both are incredibly mobile and behave like fiends around the breakdown, constantly disrupting the opposition’s flow and making turn-overs. Australia’s chances will depend a lot on their performances.

Form would suggest Australia will be successful on Saturday. However, the last two matches between the teams at Twickenham have resulted in victories for the home team.

How can England beat Australia?

– Scrums: England’s scrum was superb against Wales. Penalties resulting from scrums contributed hugely to England’s accumulation of points. With Farrell’s goal-kicking accuracy, scrum domination, and resultant penalties (Australia conceded 15 against Uruguay), this could be an effective way to build a score.

– Pace: England’s back 3 are rapid. Against Wales, when England got quick balls down the back-line, with players running onto the ball with pace, they scored. A blend of Farrell’s territorial kicking and the raw pace of the back will get the Aussies on the back foot and, hopefully, result in points.

– Securing the ruck: Hooper and Pocock have the ability to seriously disrupt England’s ruck, counter-rucking and turning the ball over. Maintaining possession will be imperative to England being successful on Saturday.