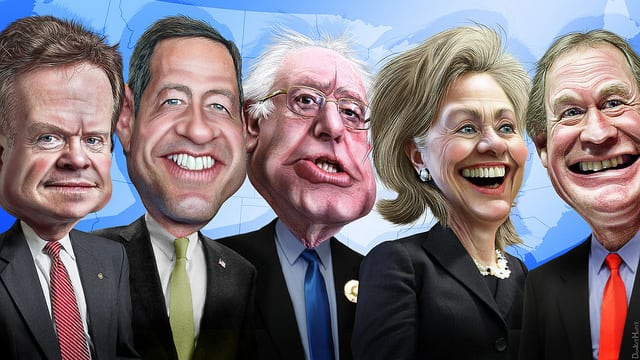 Donald Trump has been dominating conversation about the 2016 Presidential Election. His mix of bold claims and controversial statements have successfully kept the media talking about both him and the Republican nomination.

In contrast, much less attention has been given to the Democratic nomination. Most pundits have presumed that Hillary Clinton would take it without much of a fight, and although she’s still in the lead, her win is now less certain than when she announced her intention to run. A series of scandals, particularly criticism of her using a private email address while Secretary of State, have dogged her campaign and chipped away at her approval ratings.

Despite this, Clinton doesn’t exactly have anyone close on her heels; Bernie Sanders is still 18 points behind in second place, but still much closer and making gains, defying cynical expectations of many for the self-described socialist. An even bigger threat for her could be the much rumored entering of Joe Biden, the current Vice-President, into the race. Biden would be less likely to pull support away from Sanders’ younger and more radical camp but instead from Clinton’s more centrist supporters. If people in her campaign office are still complacent, they may need a shake.

It is easy to see why Trump has gained so much attention. Crude insults make what has previously been considered a dry and boring political process by many unpredictable and entertaining. So much so that the latest Republican debate gave CNN its highest ever ratings. However, time spent talking about insults and personal feuds has come at the expense of conservation about virtually everything else. Other issues, and the Democratic race, have not found a platform and are being neglected in the public discourse.

Joe Biden sits comfortably in the ‘Washington Circle’ that Trump and Sanders have done well to not appear a part of. In this respect he is a very different threat to Clinton than Sanders. Biden being in the political mainstream means he will be able to pick up the big donors that Sanders will never have, allowing him to challenge Clinton with the infamous expensive television ads and campaigning that win American elections.

There is already talk of some donors preparing to jump ship from the Clinton campaign in favour of Biden. Despite all this, Biden is not currently officially running for President, but rumours of him running are so rife that many pundits and polls speak about him as if he is. There are reasons why Biden may not make a bid, the most prominent being the tragic death of his son earlier this year, however if he does enter the race it may provide the media attention that the Democratic election thus far lacks.

The student vote is crucial for the Democrats, but they are a group that Clinton fails to impress. Recent polls show she has just 18 per cent of students support compared to Sanders 59 per cent. The self described socialist has successfully positioned himself as the anti-establishment candidate—something that Hillary certainly is not. She’s been a face in government for as long as most current students can remember, and shares her surname with a former President. This is an area where Biden is unlikely to seriously challenge—he scored an even lower at 14 per cent—and is much less likely to impress students than Clinton or Sanders.

The support of students is important and as they are much more likely to volunteer their time to support a candidate than people in employment, so are a valuable asset to a campaign, particularly one like Sanders’ that lacks big sponsors.

Liam, a 21-year-old student in New York, a solid Democratic state, said: “I don’t trust Hillary less than anyone else in politics; I like Sanders but I don’t really know enough about him to say for sure; Biden seems likeable but I don’t have any real thoughts about him.” This lack of interest in politics, and question of trust in politicians, appears to be the rule on campuses around America. Never have I heard a student talk enthusiastically about the prospect of Hillary becoming President, but talk of Sanders goes some way to getting an interest from people who are otherwise apathetic.

After losing the Democratic nomination to Obama in 2008, Clinton remained active in politics. She served as Secretary of State from 2009 – 2013. In many ways her tenure was relatively successful considering the challenges she faced during that time: For starters, she began the negotiation of the Iran Nuclear Deal.

However there were enough mistakes and failures to give her detractors ammunition to challenge her competence, which they have done viciously. Clinton has been unable to silence talk about her use of a private email address while Secretary of State. Her often contradictory responses to questions on the matter have in some ways added legitimacy to portrayals of her as untrustworthy.

Sanders has taken a lot of criticism for his socialist views but few would call him untrustworthy. It has not only left people thinking Clinton is untrustworthy but also incompetent. Jared is a 27-year-old independent resident in Pennsylvania, a state with a tendency to swing: “It has me asking, ‘Was she just too lazy to use an encoded email?’ I don’t want to put someone who can’t pay attention to the details in the highest office.”

It may seem peculiar that an e-mail account is becoming the defining feature of a 3-year stint in one of the most important positions in the USA, especially when other events included the first murder of a US ambassador in office in three decades and the beginning of talks that would help to unfreeze US-Iranian relations. Clinton’s lack of a satisfactory response to the rumors has also been pointed to as a sign of her complacency. She needs to answer the concerns of voters like Jared. It could also be seen as another example of the conversation in the debates not focusing on the most relevant issues.

Focus on Trump’s controversial statements have blinkered the public’s view of other areas of the presidential debate. This has limited discussion on the Democratic nomination, with what little there is having been about Clinton’s email scandal, the rise of Bernie Sanders and the potential of Joe Biden entering the race; in short, nothing positive for Hillary. It is no longer foolish to suggest someone other than Hillary Clinton will be facing the Republican candidate in the final debate. 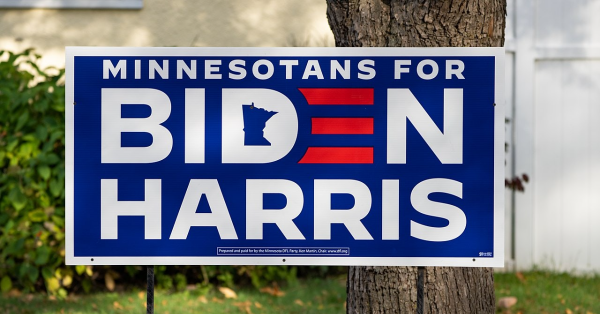