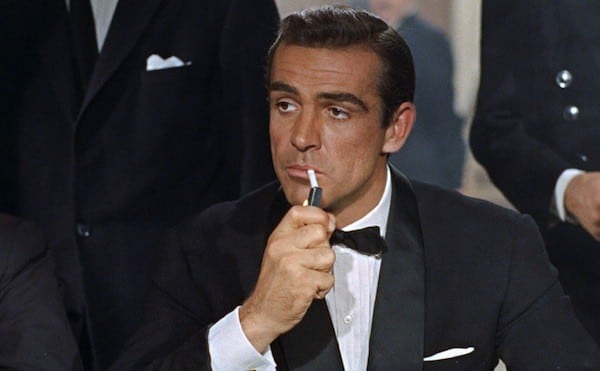 Damian Lewis is like a fine wine. As his career has progressed, he has become increasingly popular, and this is mainly because of the huge commercial and critical success of Homeland—now into its fifth season. Lewis is however, quite possibly the underdog of the candidates, because his CV is not as quintessentially successful in terms of labelling him as a Hollywood A-lister. When Daniel Craig was handed the notorious role, he had the same dilemma, now his career has catapulted and his interpretation has been likened to Sean Connery. Who’s to say it won’t happen again?

Idris Elba should be the next Bond because he’s fantastic—a versatile actor who is badass. Other candidates’ have filmographies which feature one familiar TV series and such films like The Muppets. But if you look at Elba’s filmography, he’s played a Norse god, a detective, a gangster, Nelson Mandela and has battled sea monsters, too. In regards to him not being a white man, to me, Bond is only quintessentially British—which goes to say that being British means that you can be of any cultural background or race. So if Elba iss the most qualified and most interesting actor that can take on the role and give it an interesting twist while still maintaining the spirit of the Bond series—why not?

Suave, canny and handsome are all attributes associated to Hiddleston as an actor. They are also key ingredients to the foundations of James Bond and attributes personified in Daniel Craig, too. But if change is wanted by the suits at Sony, then they couldn’t do any wrong in giving the 34-year-old the role. Hiddleston would bring in a complete change to the franchise—reinvigorating the comical days of Roger Moore as apposed to the gloomy state currently found. Although it is yet to be shown if he can outwrestle a hitman in a bathroom, as Daniel Craig has proved to do so effortlessly, Hiddleston would be a refreshing choice.

Handsome, suave and talented at the perfect level of fame to comfortably slide into a tuxedo, Chiwetel Ejiofor is my choice for Bond. At 38-years-old, Ejiofor has the distinguished demeanor of a true British gentleman and young enough to give him the time to settle into the role before Q has to start giving him Viagra prescriptions along with his pistol. Whatever direction they decide to take with the next series of Bond films, I have no doubt that Ejiofor would be able to balance the intensity, charm, ruthlessness and sophistication that are necessary for 007.

An American as James Bond? How would that work? Brilliantly, of course—the correct answer to that question. Assuming the former Mad Men star can affect a British accent, he would be the perfect pick to be the next 007. With the good looks and charm of a Greek god, and a voice that could be gruff and suave at the same time, Hamm has every necessary attribute to fill the shoes of Daniel Craig. And of course, nobody rocks a suit as well as Don Draper. Just imagine Hamm on a movie poster—sporting a tuxedo and wielding a pistol. The only problem would be that it sounds too good to be true.

Whoever is recruited to serve Her Majesty’s Secret Service next is going to be a disappointment. The reason why there are rumours of a non-white or female James Bond is simply to distance the new 007 from the last. The best Bond to have ever graced our screens, Daniel Craig has defined what James Bond is. He has melded the necessary tropes—charm, wit and suaveness, with an added a level of intensity and grit—ultimately influencing the character for future generations. The dream scenario would be to have Craig continue indefinitely, potentially exploring a veteran Bond coming to terms with his impending mortality. Nobody does it better.