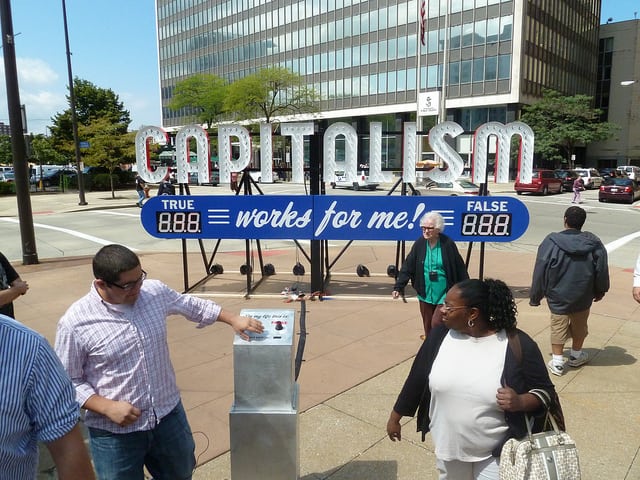 Does capitalism work for all? Photo: SPACES gallery @Flickr

Now then everyone, while the musings of the recently new Left on the evils of capitalism might sound like music to the ears of your average student who has never experienced the real world of business, it is in fact the sound of sirens calling you towards the rocks of delusion and denial. I am not about to say that free market capitalism is perfect; it is anything but. However, there is one simple argument that will trump anything that my misguided opponent can conjure up. Capitalism is to date the only economic system that has the power to lift large numbers of people out of poverty and into an aspirational and professional middle class.

You need not look any further than Ethiopia to see the benefits free trade and enterprise can bring to a country and its people. Since the terrible famine of the 1980s, the country has come on leaps and bounds, sometimes managing to achieve an annual GDP growth of a whopping 10 per cent per year. It has led to a marked increase in the living standards of most Ethiopians and now means that the country, which once couldn’t even feed its own people, is now in the process of weaning itself off of international aid. It has become a thriving economy which benefits not just the global firms who invest in Ethiopia, but the farmers whose crops can now fetch better prices abroad thanks to better transport links.

If you want an idea of the kind of economy those on the Left purport will solve all our problems, I refer you to Venezuela. The country has oil reserves of Arabian proportions. It is well placed to produce high cash crops such as coffee. However, the country’s economic situation is now so dire, a friend of mine and his family will soon be fleeing the country and its socialist government for the United States. He went back to Venezuela during the summer and queued for hours to obtain simple items like soap and bread. The price you will pay for 36 Trojan condoms currently holds at around $755 and to top that all off, there is a national shortage of toilet paper. This, is the reality of day to day life for the poor people caught trying to live in the world’s 176th least free economy.

Let us also look at cold war Russia. Many American films were banned in the Soviet Union, where of course we saw a redistribution of wealth and state intervention in the economy on an unprecedented scale. One of the few films to make it through the Soviets’ strict censoring guidelines was an early film interpretation of the Grapes of Wrath, originally a novel by John Steinbeck set in a heavily economically depressed America. The Soviets let it through on the basis that they thought the depressing story line about the struggle of the American proletariat to survive in the capitalist world would make its own people thankful of what they had. However, the film was shortly pulled in Soviet theatres after audiences were shocked that even the poorest Americans could afford a car.

This is a topic fairly close to my heart as if it were not for the free market; I would not be in this country today. My grandfather grew up in poverty in the slums of Baltimore, Maryland. He was forced to help feed his family as a boy by selling old soda bottles in exchange for a few cents that would buy him his sole meal of the day, a single hot dog. In spite of all this, after the war, he set up his own bricklaying company in the early 1950s and grew it until he employed around 50 people. His success allowed my mother to go to university, the first in her family to do so, which in America is no cheap undertaking. That, readers, is why I love the market and that is why my faith in the capitalist system is unshakeable. 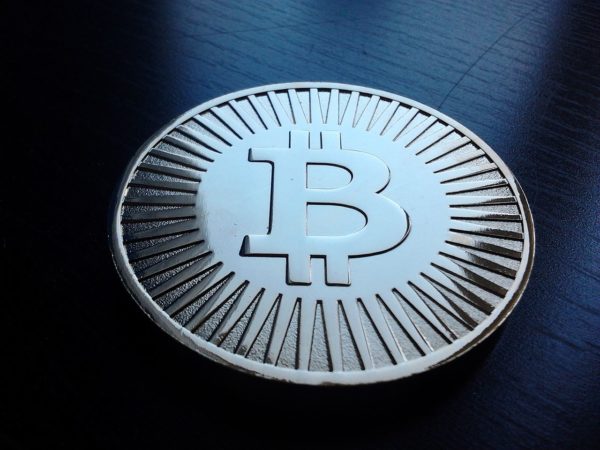 The aftermath of the GameStop saga and the future of finance