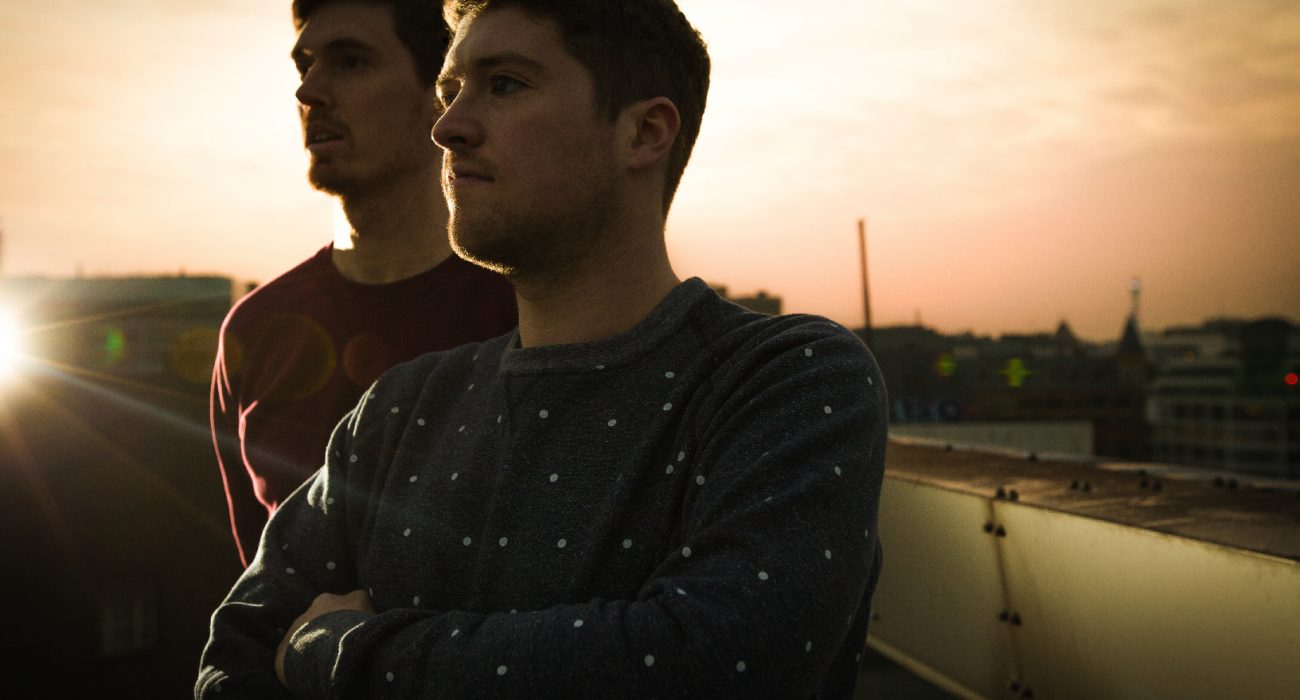 To some, headlining one of last year’s Warehouse Project lineups, getting support from the likes of DJ Mag and Pete Tong, and releasing yet another critically acclaimed project in July 2015 sounds like a dream. To others, it sounds like the definition of success, but to Nick Harriman and Alfie Granger-Howell, better known to the world as Dusky, it’s far from the finished story of their musical careers so far.

A product of everything from jazz piano and composition to UK rave culture, the duo have seen meteoric success within the house and techno scenes over the past few years. Their debut album, Stick By This, was described by legendary BBC Radio 1 DJ Pete Tong as the album of the year shortly after its release in 2011, and since then, things have only been getting better for the London-based duo.

But, despite all of this success, Nick and Alfie manage to stay humble. They describe fellow DJ and producer Loefah getting on board and helping to expose their 2012 EP, Flo Jam, as a “big moment,” and, in regards to Tong’s support, readily admit how it helped to get “a lot of other underground producers and DJs on board.”

Yet, it’s not just the support of others that has led to the pair seeing themselves become a household name within the current dance music climate. A wide range of influences and experimental elements to their music help to keep it fresh and one step ahead of the abundance of other acts fighting for exposure in the UK. Much of this influence, according to Nick, comes from “where we grew up and spent our formative days raving.” Alfie concurs, adding, “growing up in London, there was a lot of dance music on both regular and pirate radio.” This influence is clearly evident in the duo’s music, which, by their own admission, often varies and strays from the typical house and techno sound of which they are a part.

But with an ever-increasing vibrant and varied scene as the one present in the UK at the moment, is it surprising that their inspiration also incorporates, according to Alfie, “many styles of music outside of dance music—jazz, classical, hip-hop, soul, rock and so on.” It’s on the subject of this expanding and evolving scene that the two offer some advice to those seeking to kick start their own careers in the production world. When asked of their views and ideas regarding new artists releasing their material online, Nick offers some sound advice, explaining that “patience is a virtue” and stressing the importance of not losing sight of your objectivity, whilst also offering a warning in regards to being “far too eager to release tracks” before they’re suitable to do so.

It is this strong work ethic, inherent knowledge of the scene and its processes, and focused, driven mentality that has not only let the duo enjoy the successes of their own music, but has also allowed them to branch out into the running of their own record label, 17 Steps. This is an experience that Nick describes as a “dream situation.” The label has seen the duo step into what they have described as the “liberating and interesting” realm of releasing numerous other artists’ work aside from their own, including that of promising techno newcomers Christian Piers and Velvit. Music Nick says they “feel passionate about.”

Alongside the production of their own music and the management of 17 Steps, Dusky are also well-known for their DJing. With a headlining of Manchester’s own Warehouse Project back in 2014 to their name, alongside numerous other festival and club appearances. According to Alfie, DJing events such as these brings together the joys of “finding and trying out new music, and playing our own tracks too,” he goes on to say how “special” it is to see crowds dancing to the music they have created. This joy of seeing the crowd react to their own music is unsurprising when you consider the overwhelmingly positive response that they have had amongst house and techno fans.

But, when asked about the genre of their music, the duo were quick to explain that it goes beyond just this scene and its fanbase. Again discussing their influences, the two explained that they’ve been able to take inspiration from anything from “hardcore, drum & bass and psy-trance to house, techno and progressive.” It’s the wide variety of musical styles evident in their body of work that perhaps keeps fans coming back for more, and leaves critics with nothing but positive reviews.

This is perhaps even more impressive when you learn that the pair, despite recording live instruments such as cello and piano in some of their previous work, are mainly, as Nick puts it, “in the box” producers, meaning that their sound is created entirely using software. A subject that often divides producers and musicians in regards to what is deemed as the ‘proper’ way of producing, the use of software and absence of live instruments definitely does nothing to restrict Dusky in producing a sound that people love.

From meeting during their own time raving in London, to igniting crowds at sold out shows, it seems that there isn’t much that these two aren’t able to achieve. Through use of a varied and exciting sound, a strong and consistent work ethic, and maybe a little help along the way from some of the dance scene’s top names, Dusky are only getting bigger and better with time. With this in mind, we can only eagerly await both their coming album, due for release next year and one that Nick claims will both “crystallise and develop” the Dusky sound, and a live show that will look to bolster the already diverse nature of their next project’s sound.