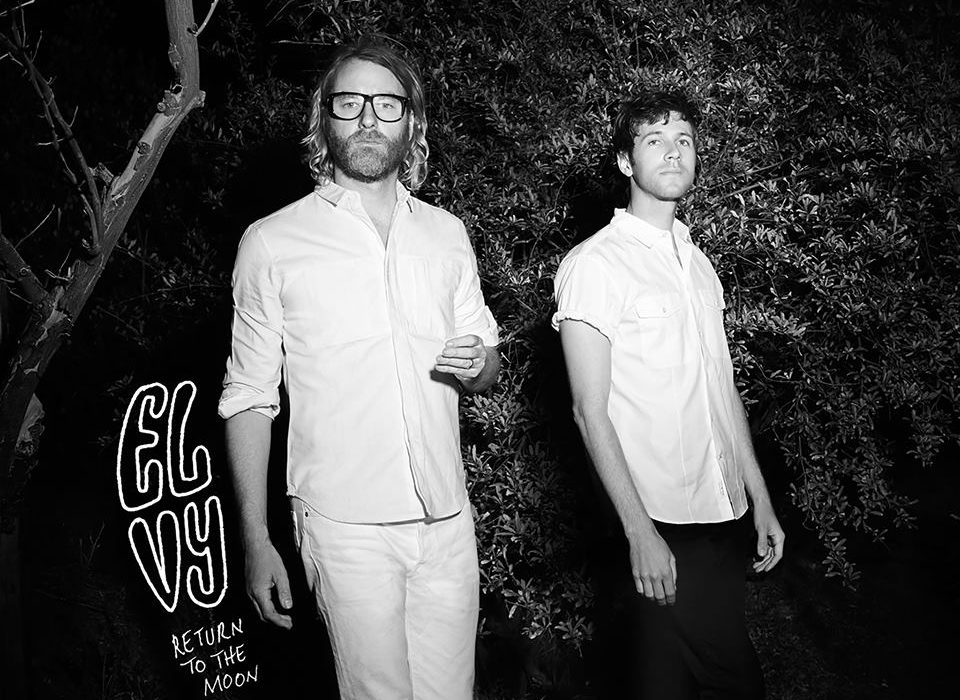 Released on 30th Oct by 4AD

There’s a gentle, endearing irreverence throughout EL VY’s debut album (the work of Menomena’s Brent Knopf and The National’s Matt Berninger) as though its creators are a bit weary of their respective bands: “I can’t even look at reviews anymore, I score an 8.6 on a fucking par 4,” drawls Berninger at one point. Their combo yields often great results.

The National’s chugging, reverb-swathed guitars are abandoned. Instead, grumbling funk-tinged basslines are the order of the day with panicked post-punk riffs for company. Babbling electronics and howling synths add to the slick, modern production. ‘I’m the Man to Be’ is deceptive, slippery and genuinely odd, opening with a thrum of deep bass. Its unbeatable chorus surfs on increasingly strange sonic arrangements: the brief mild applause of a studio audience suddenly appears. The title track carries hints of Roxy Music as scrappy guitar dovetails with sighing strings, sounding like The National let loose at a disco, or a transatlantic latter-day Franz Ferdinand.

The tunes here are less hummable than serpentine, as the shifting, restless ‘No Time to Crank the Sun’ confirms. Berninger’s engagingly cryptic lyrics, delivered in his world-weary baritone, can sometimes be as demanding as the music. Curious lines come at you with alarming consistency. “I imagine myself being cool in the backseat of your car,” he muses on the title track. “I was in a moment for a moment, then I wasn’t,” he murmurs on the crisp, wayward new wave of ‘Paul is Alive’, offering the sort of curdled reimagining of 80s pop favoured by The Phoenix Foundation. Likewise, the lyrics on ‘Need a Friend’ are deliciously wry and well-observed, sitting atop dozens of lithe, shimmering grooves all collapsing brilliantly on each other.

Inventive and immediate, there are hooks here aplenty. Though, it can veer too close to mid-tempo MOR-pop given the alt-rock treatment, not a million miles away from Broken Bells; less 6Music than Radio 2’s drive-time playlist, discernibly running out of steam towards the end. At times, the songs pack in such a crowded storm of ideas they threaten to leave you gasping for breath. However, the stirring ‘Sad Case’ is breathtaking for all the right reasons, its pounding staccato chorus fenced in by bursts of ghostly ambience, fidgety drums and anxious, lopsided guitars. The same again next time, guys?