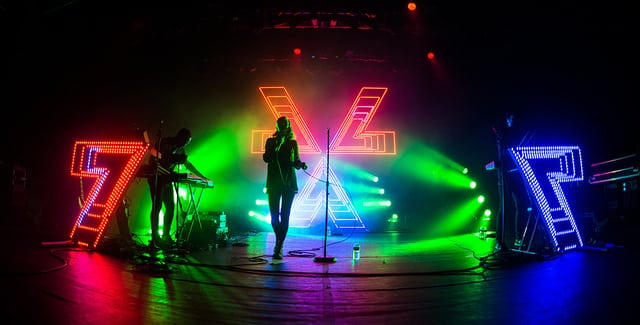 Live: Chvrches at the Albert Hall

As Lauren Mayberry leaps around the stage, flicking her microphone cable around like a whip and singing “We will take the best parts of ourselves and make them gold”, it somehow seems a little trite, too unequivocal. The balance is slightly off for the whole night, meaning I am struggling to make out her excellent vocals, but the synths are buffeting the crowd around. Someone’s mum looks a bit uncomfortable.

There’s no doubting Mayberry’s energy. I feel a little tired just watching her, and her charisma and stage presence demonstrates that Chvrches are truly in their element. Her controlled aesthetic compliments the 80s dance music, and is undeniably catchy. Although ‘Make Them Gold’ is not my favorite track on Every Open Eye, the band’s latest offering, it’s still a good tune, showcasing Chvrches blend of 80s revival complimented by cycling crescendos that have made the Glaswegian band so popular. As beautiful as the Albert Hall is, its over 18s only policy slightly screwed Chvrches in my opinion, as it seems highly likely a large part of their appeal is to the under-18 demographic.

However, the more cinematic songs of the first album, such as ‘Gun’, generally still reign. There are some songs that could have been omitted from their discography. Open Every Eye is such a strong album that weaker songs such as ‘Under the Tide’ could finally be dispensed with; easily the weakest song of the night, it sees Mayberry get behind the synths while the overly enthusiastic Martin Doherty takes center stage. Destroying the carefully constructed feeling of contained emotion that Mayberry creates, Doherty’s dancing is too reminiscent of Gob Bluth’s chicken dance to be taken seriously. Fortunately the next song on the roster is the excellent ‘Recover’, clearly still a crowd favourite, and although Chvrches must be bored of their stand out track by now, they don’t show it.

The encore ‘Leave a Trace’ is also excellent, although it seems a shame to keep the stand-out single from Open till the end. Nevertheless it merits a triumphant return to Manchester, and while Chvrches could have quite easily converted to being a stadium band, it shows a particular kind of integrity that they haven’t. Many of the songs would lose their meticulous ensemble, and there is a sort of wonderfully shambolic enjoyment that Chvrches emulate. And as often happens at the Albert Hall, it was a star-studded event, meaning I got the immense pleasure of watching a very drunk Jack Whitehall scream along to ‘Recover’, which was the icing on the cake for a fantastic night. 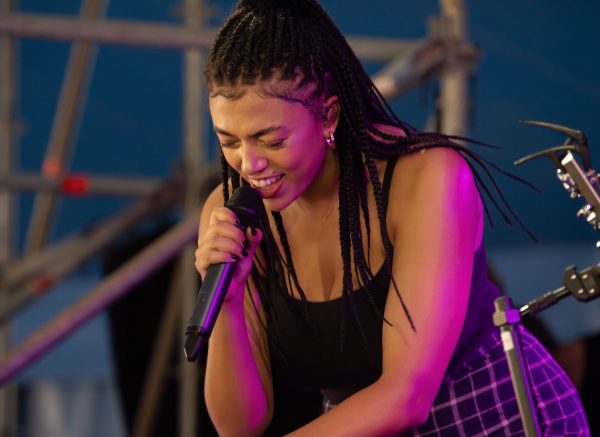 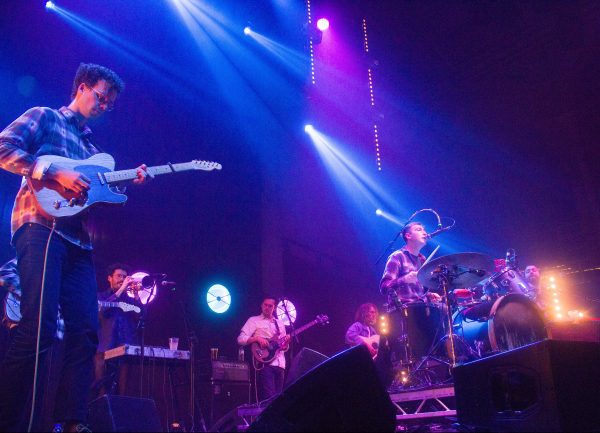