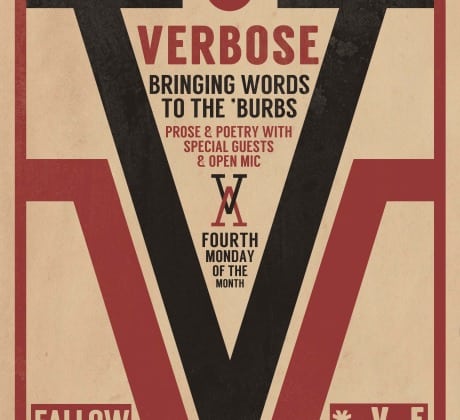 Last week I attended two Spoken Word nights, Verbose, at Fallow Café, on the 23rd of November, and Bad Language, at The Castle Hotel in the Northern Quarter, on the 25th. Both events were full and lively with some of the most consistently quality performances I have seen in my travels through Manchester’s Spoken Word scene.

Verbose started the week nicely. The night is run by Sarah-Clare Conlon and consists of a group of headliners who write together in some capacity, and ten or so open-mic performers—there is an email sign-up which I strongly recommend if you’re interested.

This time, travelling as a lone audience member, I worried that I would stick out, but from the get-go several people recognised me. There was a great mix of performers from first-timers to the headliners, Manchester Speculative Fiction Group, who read some gory, peculiar and fantastical work. I even saw performers that I had seen before do some new work, which is always fun.

A highlight for me was Tammy McDonald’s piece involving a Tinder date and some ornamental grapes. Sarah Jasmon’s short story on pregnancy in a speculative world where memory insurance is needed in order to retain your own thoughts, was also poignant. She also now has a book out, The Summer Of Secrets, which looks to be a fantastic read.

Verbose was one of the first Spoken Word nights I attended in Manchester last year and it remains one of my favourites. It takes place monthly, although not in December this year, from 8 – 10pm on the fourth Monday of the month. It is extremely accessible, full of local talent and right in the heartland of students, so no excuses!

The second night I went to with some friends was Bad Language, this time to perform. If any night manages to distract me enough from worrying about my own performance, I’m impressed, and this one certainly did. Bad Language currently holds the title for the best Spoken Word Night 2015 and it is totally deserving. Intimate, with people sitting on the stage, a supportive audience and well run with the MC Fats Roland giving out anagrams of each performer’s name. Bad Language is run similarly to Verbose, with an open mic (email in advance) and one headliner each night. This time the headliner was Marli Roode, promoting her new book Call It Dog. She read from a new piece set in a bathroom in a club. The piece was visceral, hilarious and incredibly of the moment; a new voice emerged.

The open mic was also fruitful, although I can’t speak for my own work! Some stand-outs were Alabama Griffiths, who read a powerful poem about a relationship that rocked the room and a man so mysterious I can’t remember his name, who read short comic pieces of social commentary and drawing of cows having uneventful sex.

It is worth pointing out that the friend I dragged to this event is not a writing person, and was so enthused by this event she vowed to write some poetry soon! I think this speaks for the inspiring and unintimidating nature of the evening. Bad Language runs on the last Wednesday of every month (except December again, there is a Bad Language Christmas party on the 12th which you can find on Facebook) and has been going for six years. If you’re looking for an event to hear some great work and perform alongside some of the greats of Manchester this is the one!

All of these events are on Facebook and easily searched and if you are interested in Spoken Word nights in general. There is a cohesive list currently on the Manchester Creative Writing Society 2015 Facebook page and look out for some Manchester University student events coming soon!