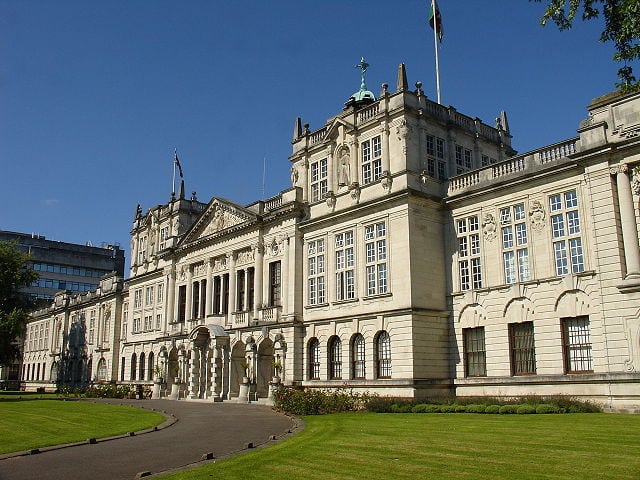 Welsh universities call for tuition fee grants to be scrapped

Welsh universities have called for tuition fee grants to be scrapped. The current scheme, which gives all Welsh students a flat rate grant of around £5000 each year in order to counter the increase in fees to £9000 by the coalition government (although this changes year by year) is “unsustainable,” according to Professor Colin Riordan, chair of Universities Wales.

Riordan claims that new UK government proposals to allow English universities to raise their fees to more than £9000 a year will make the Welsh grants unaffordable. The Conservative party proposals would not affect Welsh universities, who would likely keep their fees at the same rate.

Riordan suggested that the tuition fee grants be replaced with maintenance grants in order to help students who most need it, telling the BBC that “You could decide to spend the resource equally and thinly or you can say ‘let’s focus on the areas of most need’—so those people who come from disadvantaged backgrounds, perhaps, or areas which need support, such as expensive subjects.”

He also proposed the idea that these grants are given all the way from foundation level to postgraduate, in order to allow “many more talented people the opportunity to transform their life chances through going to university.” The Welsh government launched a review of higher education funding and student finance in November 2013, chaired by Professor Ian Diamond, which is expected to announce its findings after the Welsh Assembly elections in May next year.

Universities in Wales have argued for years that the Welsh government grants take millions of pounds out of the Welsh higher education sector and into the English or Scottish sectors, since the grants are given wherever a student goes to study in the UK.

Plaid Cymru have said that they would only give grants to students attending Welsh universities, whilst the Conservatives have said they would create a hardship fund to challenge inequality and those struggling with current living costs.

Nick Ramsay, Welsh Conservative shadow finance minister said in an interview with the BBC that “tuition fees aren’t actually repaid until you reach a certain threshold of income,” and that “there are many pupils in Wales at the moment who are finding it difficult with their living costs as well.”

Both of these ideas have been echoed by Welsh Liberal Democrats, who want to replace tuition grants with maintenance grants and provide more direct assistance to Welsh universities who have been left “drained of cash” by the current policies, according to education spokesman Aled Roberts.

A spokesperson for the Welsh Government told the BBC that “our tuition fee policy is an investment in young people. Over the course of a three year undergraduate degree, current students from Wales are around £17,000 better off than their English counterparts. The Diamond review of Higher Education and student finance in Wales is ongoing. Once published, it will inform the next steps for higher education funding in Wales.”