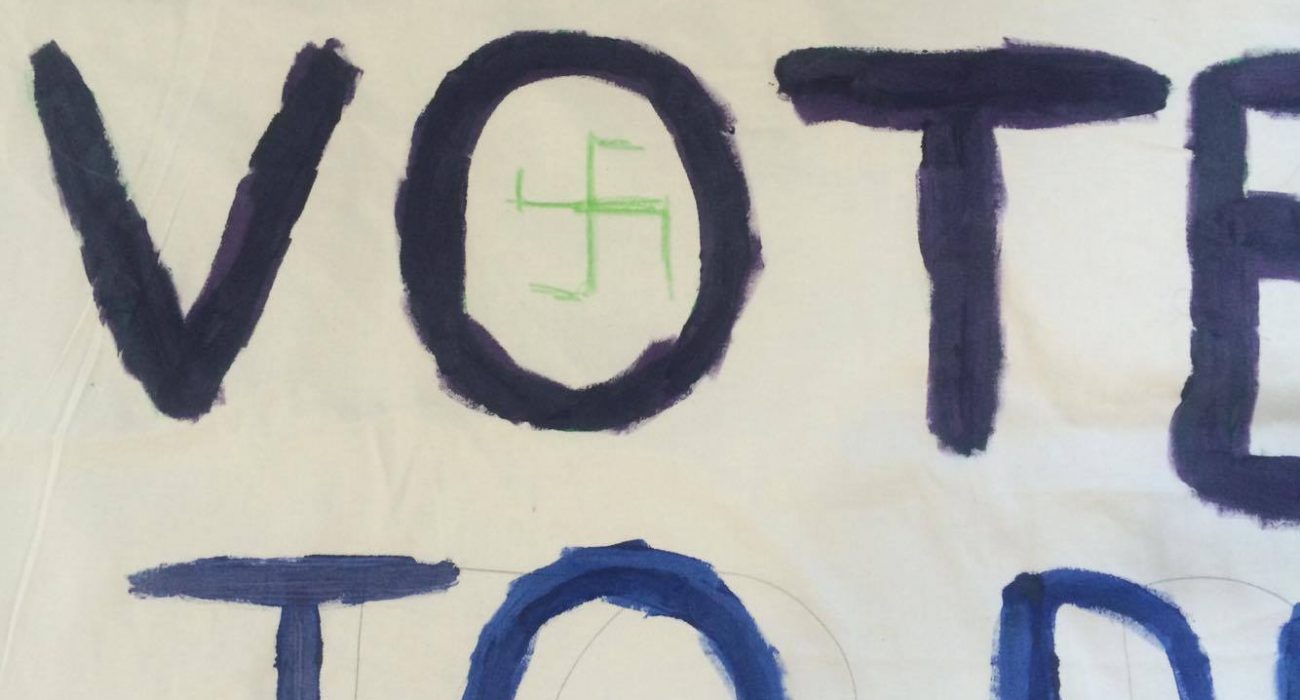 The defaced banner. Photo: The Mancunion

A candidate in the University of Manchester Students’ Union Exec Officer elections has had campaign materials defaced with a swastika.

The candidate previously found one of their posters spoiled with “Shut Up” written on it, whilst others have been torn down. Two further banners were torn down and have also gone missing, with the candidate unable to find or recover them.

The swastika drawn in green ink appeared over the weekend. It was drawn onto a banner hanging on the outside of the Students’ Union’s Steve Biko building facing Oxford Road and the Manchester Universities and RNCM Catholic Chaplaincy building.

The banner was removed on Sunday night by Students’ Union staff.

The candidate told The Mancunion: “Students have resorted to vandalism and sabotage to express their dissent, which is completely wrong.

“I find it very unsettling that someone would feel it is acceptable to graffiti the Nazi swastika on a candidate’s campaign material. Ultimately, it’s an act of vandalism and libellous.”