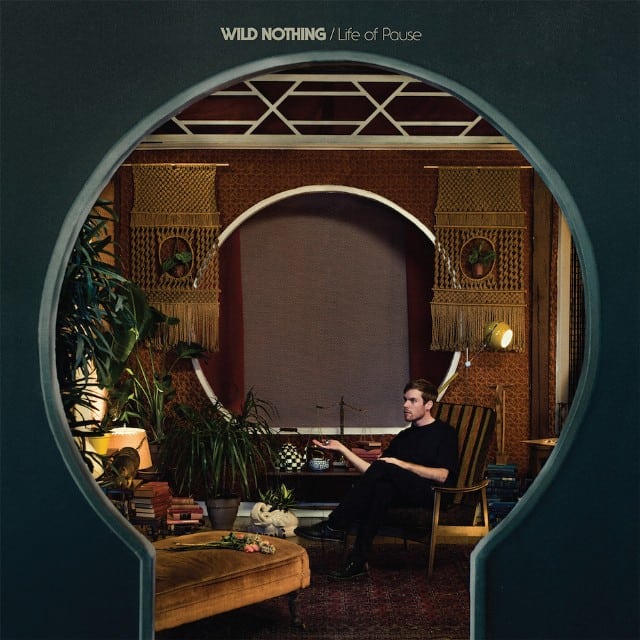 Album: Wild Nothing – Life of Pause

Jack Tatum is by no means the only artist recording in the early 2010s to look back to late-1980s alternative music for inspiration, but he is one of the best. On his first two records as Wild Nothing, his ability to marry that scene’s lo-fi, reverb-soaked aesthetic with real substance and melody saw him recognised as an artist to watch.

But on new LP Life of Pause, Tatum seems keen to move forward into new waters, claiming in the album’s press release: “I’m terrified of the idea of being any one thing.” His creative restlessness has been suggested in the past: having coherently fleshed out his dream-pop vision in 2012’s excellent Nocturne, Tatum swiftly followed up with the brighter, bolder and weirder Empty Estate EP. Though gaudy and awkward at times, the EP demonstrated an eagerness to pursue new musical genres, instrumental textures, and song structures.

In comparison, Life of Pause seems like a step back. Tatum seeks progression but appears unsure of which direction to go, throwing several ideas at the wall with only a few of them sticking. Tatum is a gifted songwriter, and has yet to write an outright bad song—indeed, a handful of tracks from Life of Pause are amongst his best. However, the remainder of the album sits some way below that mark, competent yet unremarkable.

At its best, Life of Pause is a smart progression that develops on ideas from previous albums in a way that feels like the obvious next step. Opener ‘Reichpop’ is Tatum’s boldest experiment: the song incorporates marimbas, abstract synth noise, background chants, and polyrhythms, but feels bright and welcoming. ‘To Know You’ takes a harsher, more aggressive approach, adopting a krautrock pule and buzzing keyboards to push the album into its second half. ‘Whenever I’ miraculously pulls off a foray into groovy, sax-heavy soft rock. Who listened to 2010 debut Gemini and saw that coming?

In between these highlights punctuating the album, Life of Pause sags, nodding in new directions without the resolve to pursue them fully. Tatum’s reluctance to totally abandon the stylistic hallmarks of his previous work dampens the impact of ‘TV Queen’, and leaves synths queasily smeared over ‘Lady Blue’ rather than holistically integrated. Elsewhere, the Slowdive-esque psychedelia of ‘Adore’ aimlessly drifts in one ear and out the other for five minutes.

Life of Pause is most convincing when Tatum runs with his instincts to experiment, and it is testament to his skill and flexibility as a songwriter that these moments feel both natural and exciting—the album only falters when he tentatively dips his toes in new waters rather than jumping in. Therefore, while uneven and unfocused, Life of Pause contains promising hints of a future direction that Tatum mustn’t hesitate to indulge.