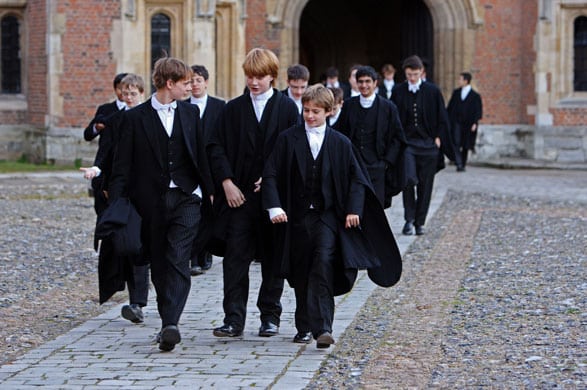 A recent study conducted by Durham University revealed that students attending private or independent schools gain a two year advantage compared to their comprehensive school counterparts. According to researchers, by the time privately schooled children have turned 16, they achieve two-thirds of a GCSE grade higher—equivalent to an extra two years of education.

Critics of private school elitism claim the study as evidence of unfair educational disparity. The Headmaster of Brighton College referred to the results of the research as “profoundly depressing.”

According to internal statistics, Oxford currently has 56.3 per cent state and 43.7 per cent independent undergraduates. This represents one of the lowest ratios of comprehensive school students in Britain.

According to the Higher Education Statistics Agency, the University of Manchester has 18.6 per cent private or independently educated undergraduates enrolled, while Manchester Metropolitan has 3.9 per cent.

The Durham researchers have asked that the results of their study be “interpreted with caution” but despite this, the study has come under scrutiny for misrepresenting and overly exaggerating the benefit of a private education.

It has been stated that exam results are not solely dependent on teaching quality, but can be easily influenced by outside factors—such as students’ family environments. A second year student at Manchester Metropolitan University said: “I think that parents who send their children to private school have usually been to university and had quite a lot of education themselves.

“Their children will likely grow up with the expectation that they will achieve academically and go to university after school because that is just ‘what people do’. Kids from working class backgrounds won’t necessarily have those expectations about education because their parents might not [place] as much emphasis on it.”

Another student criticised limitations of the study, saying: “there’s lots of research that shows state pupils outperform private pupils at university so any superior grades at GCSE are short term and don’t carry over into higher education.”

He went on to say that: “The source is the Independent Schools Council, so this study could potentially be them promoting their own interests”, implying that independent education is more desirable.

Last year, figures showed that the number of students attending independent schools were at a record high, totalling 517,113 as whole. The new Durham study is the latest in a host of conflicting research into education and adds another piece of valuable research to the already well-established and impassioned private versus state school debate.