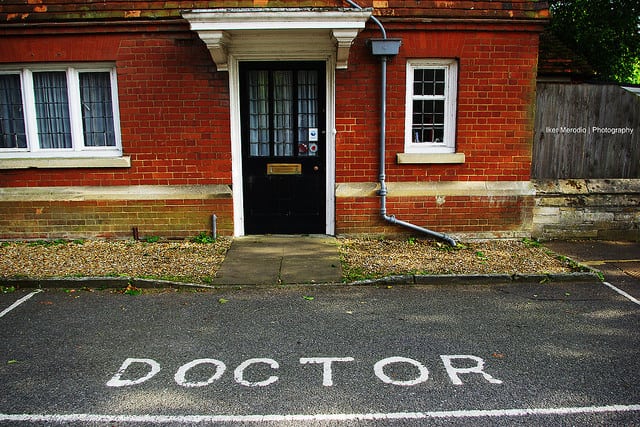 Time to Change, a charity run by Mind and Rethink Mental Illness, found that in 2014, 28 per cent of people with a mental health problem waited for over a year before they talked to their GP about it. When victims find the courage to speak about their illness to any GP or a medical professional, they are entitled to receiving a positive response with the best care. However, this isn’t always the case.

The Mental Health Foundation found that 44 per cent of people had in fact experienced discrimination by their own GP. The reasons for this were that young people felt their GPs were overly controlling, dismissive of accounting their emotional problems and had an extreme desire to medicate. Many patients feel that medical professionals aren’t always educated or trained in how to deal with the situations which make it more difficult for patients to seek treatment. Often patients don’t feel they receive the care or attention they deserve.

The extent and severity to which patients feel like they have not received the care they wished or where professionals have exacerbated the stigma can vary. A Guardian article showed the case of 25-year-old Rebecca David who had been using mental health facilities since her days as a teenager as she suffered from depression and anxiety. She claimed that “Many times it just felt like box-ticking… it didn’t feel like [doctors] were really listening.” Despite claims that doctors and nurses are overworked, this doesn’t justify their neglect towards vulnerable patients and taking the time to listening to what they have to say. It can be very courageous for an individual to speak to a professional and if they then feel that this has been shut down, it is undeniably going to significantly impact their chances of seeking help again in the future.

Aside from incidences where patients have felt like they’re being ignored, there have been several noted cases where it is believed that GPs and other medical professionals could have further triggered the illness of their patients. This is an extremely detrimental problem. For example, a documentary on BBC One called “#welshteens: My Pretty Body” highlighted how Abigail was diagnosed with anorexia nervosa and depression at the age of 9. However, when her mother took her to see the doctor, she was told that she couldn’t receive any further treatment because her BMI wasn’t low enough. Considering Abigail also suffered from an eating disorder at the time, is the GP triggering her illness? In the interview, Abigail outlined how whilst suffering, she believed she needed to lose weight. Hence, that was essentially what at the time she wanted to hear.

It is crucial that research and resources are funded to raise awareness amongst medical staff and professionals in ensuring they provide the best care that is needed. Alan Hollinghurst, a former headteacher and a user of mental health services argued that a few minor changes to the system would help victims to get treated correctly and in the long term this could have strong and positive impacts.

In addition to this, The YoungMinds Survey recommended strategic methods for improvement in reducing the stigma that young people who have mental health issues face. They proposed professional training for all who work with children and young people—teachers, nurses, youth workers, GPs, and A&E workers. The proposed training consisted of how children and adolescents develop psychologically, mental health awareness and the damaging role that stigma plays in the lives of young people’s self esteem and their ability get further help and support. They also emphasised that this training needs to be done on a regular basis, as our knowledge and understanding of mental health and the psychological well being of children and young people is constantly progressing.