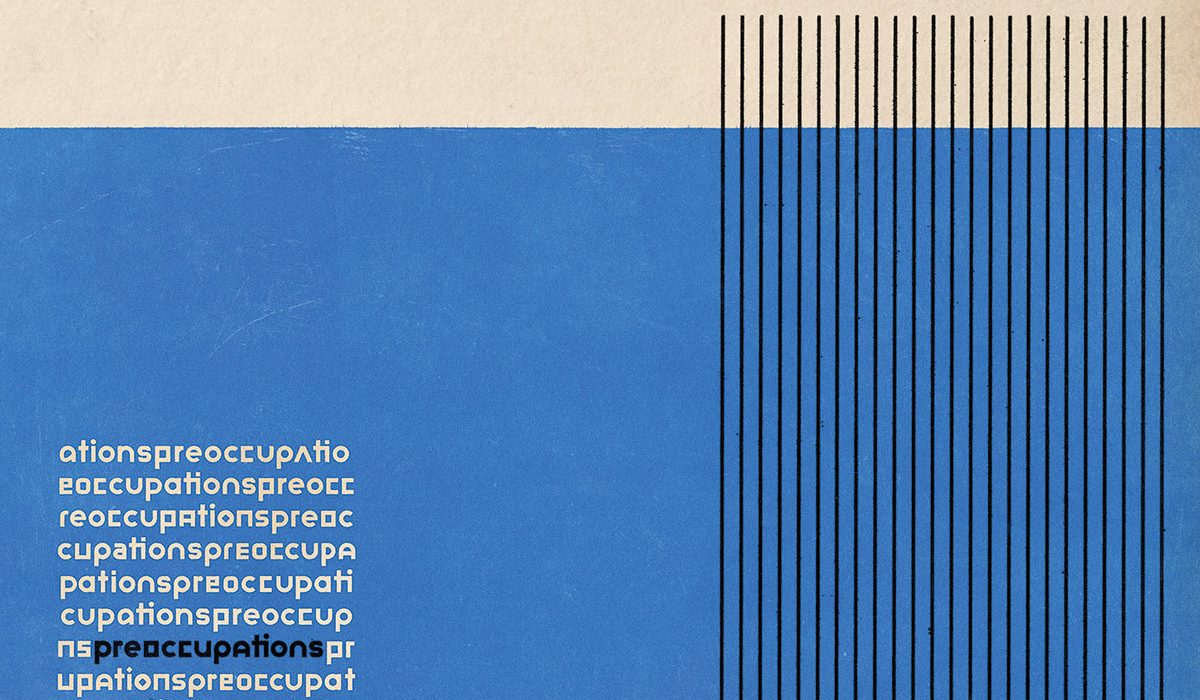 With the opening lines of the album, “With a sense of urgency and unease/Second-guessing just about everything”, Preoccupations start as they mean to go on. The self-titled album is the second full length release by the Canadian band, but the first under the current name. While the band’s 2015 release—also self-titled under the name Viet Cong—was well received by fans and critics alike, the band’s name brought accusations of racism and cultural appropriation, leading to a cancelled gig at an American college. Announcing they would be changing their problematic name in September of last year, the band began recording without a name, and the album is clearly influenced by this tumultuous time, returning with a darker sound rife with feelings of worry and unease.

Opening track ‘Anxiety’ immediately stands out, engrossing the listener with an upfront thumping drum beat bringing attention to the lead singer/bassist Matt Flegel’s dark and emotionally obscured lyrics that throughout the album delve into his neuroses which, although explored in the bands previous album and the two albums of Flegel and drummer Mike Wallace’s previous project Women, are really at the forefront of this record. The darks synths which run throughout the record are reminiscent of ’80s post-punk bands like Bauhaus and Joy Division, and create an overarching sense of worry while still adding to the rich melodic tapestry of the album.

While each track flows into the next in a natural, innocuous way, the melody within the tracks often jolts in different directions: the track ‘Memory’ allows for a beautiful feature from Wolf Parade’s Dan Boeckner before arching into a five-minute synth and feedback-heavy close to the track and first side of the record. Conversely, the despondent, woe-filled opening of ‘Forbidden’ is interrupted by a building bass and drum line, leaving the track feeling prematurely faded out and somewhat unfinished.

The final track, ‘Fever’, features a resilient refrain of “You’re not scared/Carry your fever away from here” which rings throughout. This is Preoccupations’ message that despite controversy and fear you can do something beautiful; and, while this album is certainly dark, it is also undeniably beautiful.