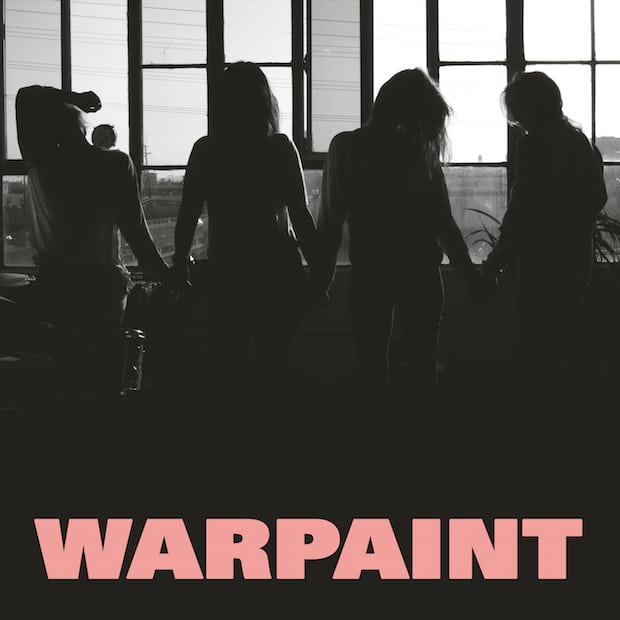 Warpaint had to pull something pretty special out of the bag in wake of their 2014 critically acclaimed album Warpaint; they seem to have done it. Warpaint’s signature breathy vocals, drowsy harmonies and muggy basslines persist throughout Heads Up, yet there are clear R&B influences that the band has soaked up during their two-year vacation.

‘Whiteout’ eases the listener into this change of pace, as it begins in the same slow, moody, guitar-led tone that the band became known for and builds up layers of instrumentation until Emily Kokal’s vocals change to a strained version of her norm: she is heralding a new era in her band’s creativity. The songs on Heads Up feel more distinct than before, a set of singles rather than one meshed-together entity. Based on Warpaint’s 2015 interview in NME, this was intentional, as they announced a mutual priority of writing individual songs rather than a cohesive album. It paid off as they slowly compiled this clever array of tracks, capturing the best of their past endeavours whilst making a move into electronic instrumentation and, most significantly, experiments in rhythm.

Whilst each song differs from the others, within particular tracks their lyrics are minimalist and often enclosed in repetition – usually successfully, although the curse of repetitive pop does prevail on one track in particular. ‘New Song’ overuses this method of songwriting to the extent that it quickly becomes bland and tedious, giving its overly-poppy chorus an artificial feel. Thankfully, this is the exception within the album: the sultry ‘So Good’ and ‘Don’t Wanna’ stand out on Heads Up, despite being the least verbal, with the former enveloping apt lyrics with reverberating mystery as Kokal and Theresa Wayman murmur “Can’t you tell me all your secrets? I’ll tell you all mine”. It is no secret that the girls took inspiration from their favourite hip-hop artists on this album; their tentative experimentation with R&B elements is apparent in most tracks and they give a nod in particular to one of their influences on the song ‘Dre’.

Heads Up takes us on a journey of nostalgia for Warpaint, as they clearly have fun merging their tried-and-tested (and popular) sulky style from their previous endeavours with that of their adolescent favourites from the 1990s hip-hop scene. This is an exciting progression for a band that weren’t doing much wrong to begin with.