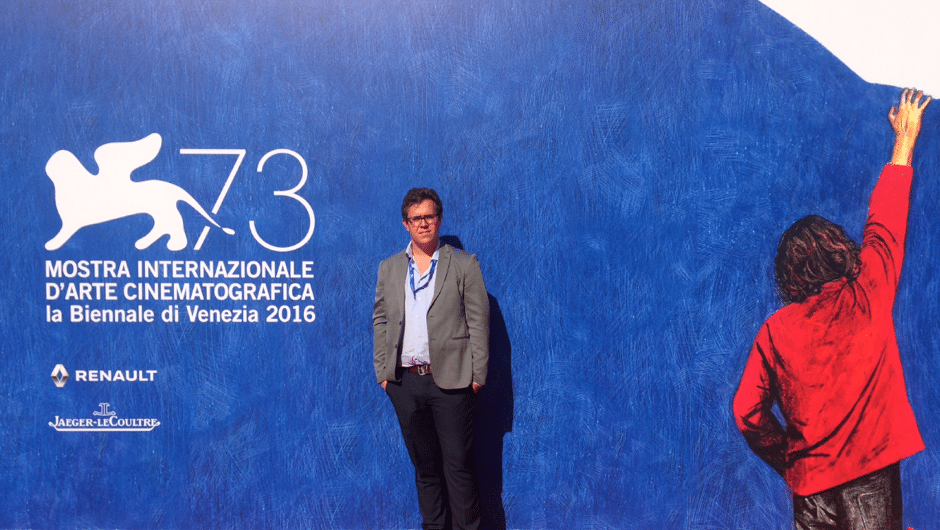 Feature: What it’s like to go to the Venice Film Festival

It was a pleasure to emerge from Venice’s Santa Lucia station and be greeted by a complete view of the Canalasso, the city’s Grand Canal. Taking a vaporetto to Lido di Venezia, the long and thin island which is host to the festival, felt equally rewarding. With a festival pass proudly hanging around my neck, and dressed in a new suit, shirt, and shoes, this kind of exotic, glamorous, seductive atmosphere is exactly what the Venice Film Festival is known for.

With 2016 being the 73rd edition of the world’s oldest film festival, it was a privilege to see Natalie Portman (in attendance for both Jackie and Planetarium), Jude Law and Paolo Sorrentino (both in attendance for The Young Pope), amongst others, grace the red carpet en route to 1,000 + seater cinemas – their films being in competition for the festival’s most prestigious prize, the Golden Lion, as part of the Venezia 73 category.

Dressing appropriately is crucial, as is a festival pass. Both grant access to the luxuries of cinema, and attention you can only dream of. It can be cheap too – as a student I paid €50 for my festival pass, which granted me an unlimited amount of viewings for six consecutive days of the ten-day festival. A quick trip to Zara before the opening night checked off ‘go clothes shopping with an Italian’ from my bucket list. In regards to accommodation, I was hosted by a friend who lives in Treviso, a 40-minute commute from Venice. Meanwhile, I dined on pizza, pasta, personalised Magnums, spritz, and wine (often in the Venetian equivalent of a British pub – where a small glass was €1, and a panini was the closest I could get to a packet of Walkers).

On average, I attended 3 festival events a day. I say ‘events’, because it was not just films on offer. I sat in on an interview with Chris Meledandri, CEO of Illumination Entertainment, the man behind Despicable Me, Minions, and most recently The Secret Life of Pets. I also watched Manhattan, and An American Werewolf in London – all of which competed within the Venezia Classici category. Experiencing these films on the big screen, uniquely restored and competing in the Venice Film Festival, was an honour.

Yet the highlight of the festival was sitting in on a film amongst its stars. This humbling culture was repeated throughout my time in Venice. For example, when I sat in on the presentation of a lifetime achievement award to the French actor Jean-Paul Belmondo, followed by a screening of the French-language film Le Voleur (The Thief of Paris). I began the event without expectation, but finished on my feet applauding, marvelled at my previous ignorance. I attempted to congratulate Belmondo on his performance in a combination of basic French and fluent English, neither of which he could understand. At least I came away happy I suppose.

Class, celebrity, clothing, and cinema are what make film festivals, and Venice is no exception. Full of surprises, and one of the best experiences I’ve ever had, attending a film festival, as long as you’re careful about price, should be one to check off your bucket list.