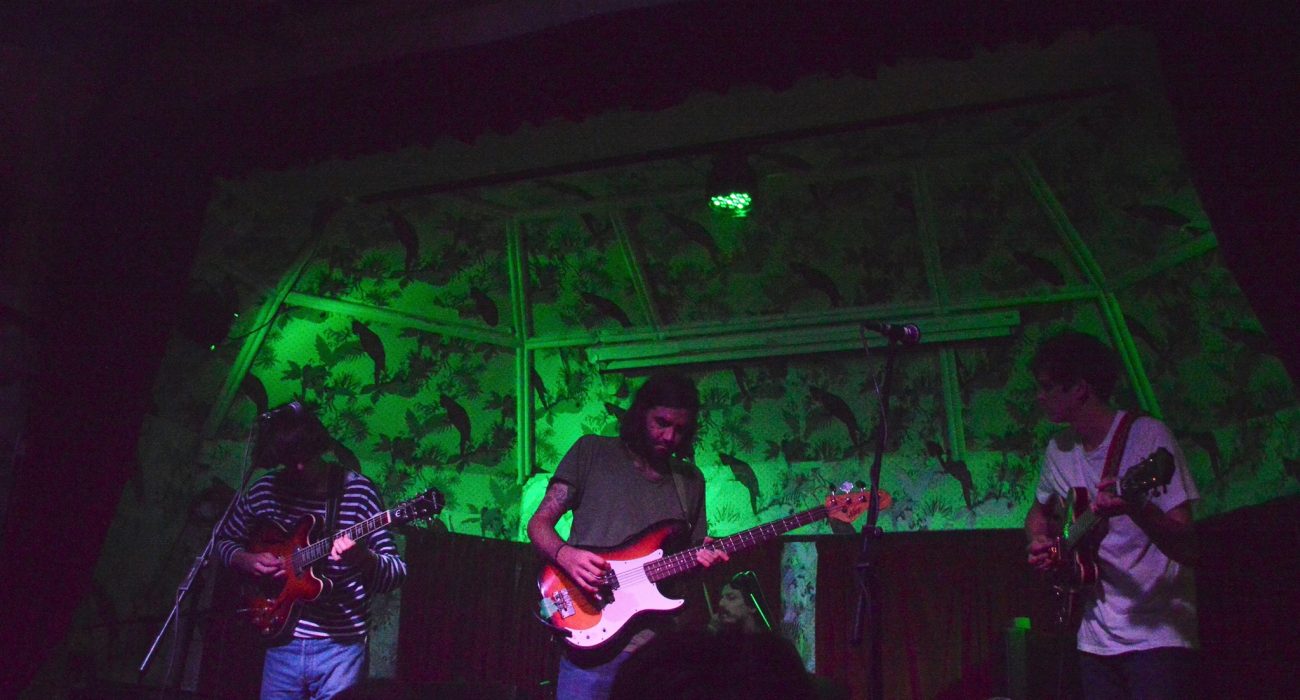 A green hue illuminates the stage of The Deaf Institute as people chatter, while the parrots watch on in the backdrop. On the day of Ultimate Painting’s third album release, there is a calmness that exudes from the four-piece; perhaps it comes off the back of a plethora of praising reviews, one hailing Dusk as full of “melodies so gorgeous that they tug at the heartstrings with one hand”, or maybe it is that the stage has become home to Jack Cooper and James Hoare, steadfast guitar aficionados previously of Mazes and Veronica Falls respectively.

They launch straight into ‘Ultimate Painting’, the title track from their eponymous debut album, and the crowd is instantly warmed by the catchy guitar riff and call and response chorus. The lead single from their new album, ‘Bills’ is up next, with its Krautesque rhythm section and uncharacteristically sparse guitar, the focus is drawn towards the vocal harmonies and lyrics; “they’re chewing me up” is repeated to the point of collective sadness. They float on through ‘The Ocean’ before arriving at the ethereal ‘Lead the Way’ for which Hoare takes to the piano; it’s beautifully simple in its chord progression, and yet almost hypnotic in its effect, lulling the crowd into a warm stupor.

“So what happens after this in Manchester?”, Cooper asks towards the end of their set. If this had been to a room full of students, a call for hedonism would have been spat and growled, but alas, this crowd has seen those days and the band know it: “Do we appeal to people who just go home after this? I think we probably do”. As if hoping to reinvigorate the crowd into re-living their party days, they choose one of their fastest numbers ‘(I’ve Got The) Sanctioned Blues’, as their penultimate song, with Hoare displaying his soloing ability in a T-Bone Walker-meets-distortion fashion.

Ultimate Painting are an updated 80s indie pop band, combining the vocal harmonies of likes of Teenage Fanclub, and the guitars of The Weather Prophets or Treebound Story. They have created a unique sound that not only translates wonderfully live, but also matures as they do—they may not be a party band, but their performance is captivating.