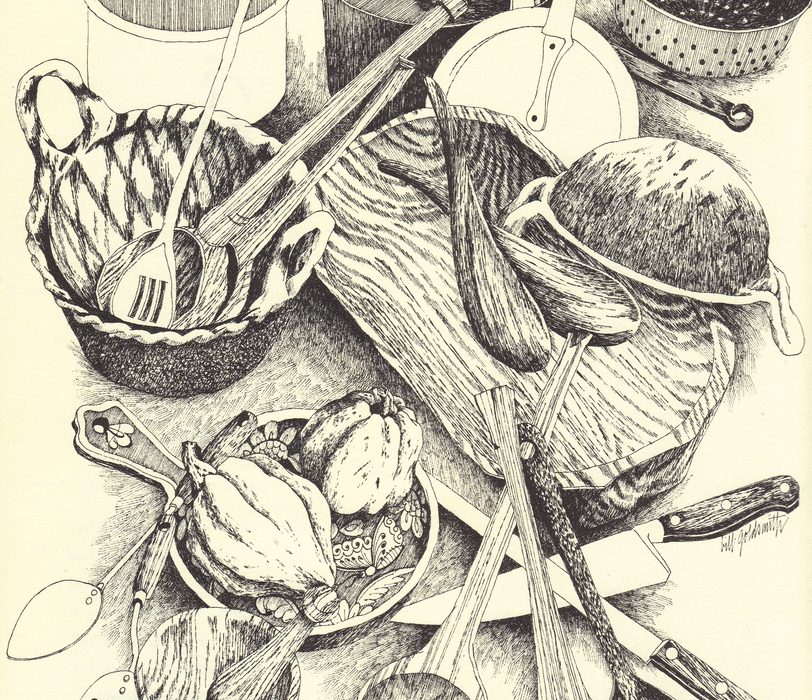 Manning up with a meat-free method

Like any standard late night fast food cutlery piece, my first year-long culinary experience as an independent post-teen was split into two. The former half was a debauched odyssey with little nutritional support; the latter mostly the same but with more food and no meat.

Much has been written about the benefits of vegetarianism, especially by vegetarians. My own reasons for such a lifestyle choice I feel do not need to be disclosed here, as you will most likely already know whether you sympathise or are sickened by them.

The change brought me a variety of new things—newfound pretension, a disapproving father, flawless bowel movements and all that. But without a doubt the greatest physical improvement I have found has been my approach to cooking.

Before I gave in to my nagging conscience over abattoirs and rising water levels, I was totally impotent when it came to the kitchen. I was in a dark place, like Charlie Sheen, or a Chilean miner.

In between dinner mainly consisted of Weetabix and yes, more bread, with which I applied a toaster, condiments and anything left rotting on a flatmate’s plate to spice it up a wee bit. Tuna, chicken and egg made the odd appearances, though this was always after I exercised—because when it comes to protein, no modern man can afford to slack.

But once the decision to renounce meat and fish had been made, I began doing something I realised I had never properly done before. I started thinking about the food I ate. Initially, this was only in a monitoring sense; however after a while I needed to make up for my protein deficit as my level of physical activity continued.

This led me to discover quinoa—with one serving containing more than double the calories and grams of protein that a serving of red meat offers, as well as all nine amino acids the body requires. I also discovered that quinoa on its own tastes shit, and before long I had Googled my first ever recipe for a meal: quinoa with mashed avocado and some sweet chilli sauce on a slice of buttered toast. At nineteen, this was the moment I truly became an adult, a light-bulb moment fresh straight out of the ground.

Soon I had acquainted myself with grilled halloumi, scrambled tofu (incredible) and falafel wraps,  amongst a whole world of foods I always knew existed but would never have given the time of day as long as I had Tesco’s processed meat aisle up the road.

Best of all was the inescapable duty to cook with vegetable for the first time. You might think that going veggie without having ever really cooked vegetables before is as ridiculous as, oh, I don’t know, a TV personality businessman going for the United States Presidency with absolutely no political experience, yet here I am in 2016, frying some spuds in my kitchen, whilst Clinton does the exact same thing in a televised debate.

I was once far too lazy and uncomfortable in a kitchen to think about using produce. Now I have got sizzled peppers with my pasta and broccoli fighting cancer for me. To my own embarrassment, it should never have taken this long and there is still much, much more I can learn. Yet there is no denying it would have taken a lot longer had I sustained my subhuman diet.

Vegetarianism has forced me to give consideration to the meals I prepare and encouraged me to take more time making them taste good. As well as bringing health and happiness, it has been a catalyst in my coming of age, and even if you disagree with it, it can help any student escape the takeaway cycle and experiment in the kitchen with meatless recipes.

So if you think you might lack the discipline, desire or multi-set of knives to cook efficiently or healthily, maybe try the odd veggie day or week and I guarantee you will discover some gorgeous nosh, with some personal enlightenment on the side.